Home  »  Tomorrow, February 3rd, is Call Your Attorney General Day to Get Tough on Foreclosure Fraud!

Tomorrow, February 3rd, is Call Your Attorney General Day to Get Tough on Foreclosure Fraud! 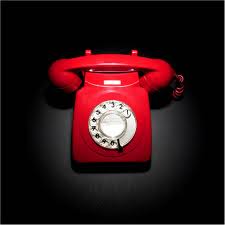 Remember the 50 state Attorneys General that announced last December that they would all be investigating servicers over mortgage abuses and foreclosure fraud?

Well, itâ€™s been a little too quiet lately, for my tastes anyway, and apparently there are a number of national consumer groups that feel the same way and are organizing people across the country to call the offices of their State Attorneys General TOMORROW, FEBRUARY 3rd to tell them they want the AGs to get tough on this issue.

According to Yves Smith of Naked Capitalism, who always knows whatâ€™s happening with these types of thingsâ€¦

The AG leading the probe, Tom Miller of Iowa, made a public promise in December to put bankâ€¨ executives in jail for the crimes theyâ€™ve committed against the American people. Last week, he backtracked almost completely, and is now claiming the matter is inherently civil, not criminal. The laws certainly havenâ€™t changed since last year, only the party line has.

Donâ€™t let the AGs get away with it. Call and let them know that you are watching and are not about to be fooled by a bait and switch.

Thereâ€™s a Website called Crime Shouldnâ€™t Pay that gives you instructions, a script of what to say, and thereâ€™s a list of all the AGâ€™s phone numbersâ€¦ so this is really easy and we need you to take the time out of your day tomorrow and DO IT!

Hereâ€™s what Crime Shouldnâ€™t Pay is all about:

Nowhere are the differing realities of Wall Street and Main Street more stark than on the issue of housing. Millions of families have lost their part of the American Dream during the last three years due to the fraudulent and abusive practices of the nationâ€™s largest banks. Meanwhile, Wall Street is back to raking in big profits and handing out lavish bonuses.

Crime Shouldnâ€™t Pay is a campaign to ensure that as our nationâ€™s 50 state Attorneys General, who are currently investigating this foreclosure scandal, stand up for everyday people and hold banks fully accountable for the crisis they have created in America.Â  Any settlement with the banks must include the following principles:

Thereâ€™s also a PETITION for you to sign on that site, so PLEASE JOIN THE MANY THOUSANDS OF HOMEOWNERS and do that as wellâ€¦ seriously, PLEASE DO IT!

â€śI am a resident of [STATE] and I am watching the foreclosure fraud investigation very closely. I want to make sure that the Attorney General reaches as strong a settlement as possible with the banks. The settlement must include principal reduction for millions of homeowners and imposes criminal penalties on those who broke the law.â€ť

Come on, you can do that, right?

This campaign by homeowners across the country demands at least TWO THINGS:

Yves Smith suggests that you add one more to that list:

Your Attorney General needs to hear loud and clear that YOU’RE FURIOUS over whatâ€™s gone onâ€¦ and that, as Yves put it:

â€śâ€¦we wonâ€™t settle for anything less than serious penalties for the big banks and equal protection under the law for millions of homeowners.â€ť 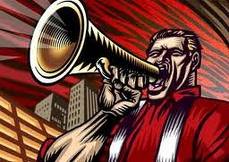 And hereâ€™s the dealâ€¦ I need you to do something else too.Â  If youâ€™re part of a company, itâ€™s important that you pass this link along to everyone that works there and allow them the time to make the call and sign the petition.

Thereâ€™s not much timeâ€¦ TOMORROWâ€™S THE BIG DAY, so I really need you to go the extra mile and not only make the call and sign the petition yourself, but help me spread the word so others will know to do the same.

Seriouslyâ€¦ itâ€™s really important that everyone get together on thisâ€¦ weâ€™re all individuals when weâ€™re alone, but together we are a powerful force that cannot be ignored.

And, here are groups throughout the country that are working on this issue and they would also love to hear from youâ€¦ that link will take you to a listing of those groups by state.

This is a FULL-COURT PRESS guysâ€¦ so, as the man saidâ€¦ LETâ€™S ROLL!

Iâ€™m counting on all of you hereâ€¦ itâ€™s time to be heard.

P.S. Thereâ€™s even a way to tell the campaign how your call to your own AGâ€™s office went:

TELL US HOW THE CALL WENT