During a Senate Budget Committee meeting, Senator Sheldon WhitehouseÂ of Rhode Island went straight at Â Treasury Secretary Geithner over Treasury’s abysmal track record and unquestionable ineffectiveness in combatting the foreclosure crisis. Â So, for that reason alone, the video below is well worth watching.

But there are quite a few other compelling reasons, as well.

Whitehouse also talked about the need to put pressure on the big banks… smacking them with a foreclosure moratorium was close to how he put it, and he spoke of the ” bureaucratic nightmare” forced on homeowners going through the loan modificationÂ process.

The Senator has, quite obviously, seemingly broken with tradition, by venturing outside the beltway to visit with some actual homeowners, realtors. and who knows who else, because he talks like a man, shocked by what he’s just learned, and simultaneously disgusted and outraged as a result.

(And speaking of being disgusted and outraged… okay, I’m sorry… that was just mean for no reason.) 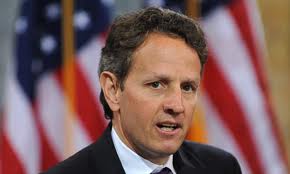 Geithner responds by agreeing, pretty much across the board, with Sheldon Whitehouse’s unflattering assessment of the way things are going as far as stopping foreclosures, to-date. Â Heeeeere’s Tim…

“This is a tragic terrible mess across the country still, and we are not coming to the end of that amount of pain and risk and trauma to homeowners caught up in this crisis… and many of them are completely innocent victims of the failures of the system before this.

You’re also right that servicers and banks on a whole are still doing a terribly inadequate job of meeting the needs of their customers… help customers navigate through this basis process. Â And we are going to have to do a better job at trying to reach as many people as we can reasonably reach with these programs.”

Secretary Geithner goes on to explain that there have been about 4 million people that have benefitted from modifications and that even though a relatively small percentage of those are HAMP modifications, we should not discount HAMP’s contribution to lowering the monthly payments for millions.

And I have to agree with that, actually. Â I’m not defending Geithner or Treasury in any way, but he’s right that 4 million mortgages or darn close, have been lowered, roughly half a million are HAMP permanent modifications, but HAMP had a very definite influence on the other 3.5 modifications getting done.

But Secretary Geithner’s message then turns to explaining the context within which the whole loan modification thing has to be viewed. Â I’m paraphrasing here, but this is basically what he said:

We do not have the power under the law to compel, we have the capacity to provide incentives, and the incentives were not powerful Â enough in all cases to overwhelm the rest of the muck, but given the tools Congress has given us we’re reaching more than in the past… and we’ll help many more in the future.

Now, I thought that was interesting and here’s why…

First of all, a few days ago, I wrote about Federal Reserve Governor Sarah Raskin, who delivered a speech to an audience made up of those in the mortgage servicing industry that was scathing about how the foreclosure crisis’ growth is being fueled by the poor performance of servicers, and preventing our nation’s economic recovery.

In other words, she sounded like a politically correct… me.

And now, just days later, we are shown a Secretary Geithner (almost) doing an Elizabeth Warren imitation. Â And not only is he approaching Alan Alda-type- sensitive, but he says clearly that MANY are innocent victims of the past program and policy failures.

He even admits that it’s not stopping, which is another way of saying that it’s growing, and he seems to have no doubt that it is the servicers that are the problem. Â If the Senator had pushed him, he might even have eventually admitted that we’re not having a recovery as he has previously thought.

But then he said something that caused me to pause… he said that Congress has not given Treasury the tools, and that one of those tools is the power to compel the servicers to act or change. Â He explains that all he can do is provide incentives and, assuming that any incentive would do it, what’s been offered clearly hasn’t been enough to “overwhelm the muck,” as he surprisingly said. 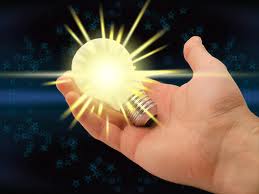 I’m starting to hear a very definite shift in the attitudes towards the foreclosure crisis among our legislators and from those in our federal agencies… only the beginnings, perhaps… but it’s very definitely a new set of talking points along with a new underlying theme.

They’ve finally realized it… do you think? Â They thought other things would have happened by now as a result of pumping trillions into banks and the economy overall… and they haven’t. Â And housing is in a free fall, and unemployment is unchanged, and consumer spending isn’t coming back… and ohhhhh nooooo.

If I’m right about this, they’re now going to campaign to subtly (for them) try to change the attitudes of the general population so that they can garner the political support to do something that they hadn’t thought they would need to do… until recently.

I don’t know what they’re thinking of doing… or whether they’ve experienced enough pain that it inspires competence in the response, so don’t get too excited, but they’re not the same administration and Congress. Â Some voices are getting through… I think.

Okay, see what you think… click play, and get back to me…