Why do I do this… every so often, randomly actually… post something called a Museletter that’s really just a series of short stories instead of my normal longer single subject editorials? Ā I don’t really know for sure. Ā I see other bloggers writing short posts and it looked fun so I thought I’d try it. It’s sort of like an ongoing experiment.

I think in the beginning the idea was that it would only go out to actual subscribers but then I really didn’t see the point of that… but then maybe I’m wrong about that… I don’t know… it’s all so confusing.

So, hey… here are a few short posts in one so for no reason called a Museletter. Ā It’s still the Musiest! Ā If you have any suggestions as to what you’d like to see me do, email me and let me know. 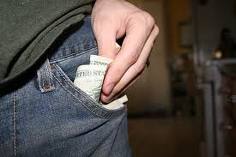 Then Attorney General Jerry Brown filed a lawsuit against Countrywideās ex-CEO, Angelo Mozilo, and the companyās former president, David Sambol in June of 2008 for teasing borrowers with teaser rates on adjustable rate loans without disclose the downsides of the loans, like prepayment penalties, negative amortization, and huge rate increases once the teaser rate period was over.

Kamala Harris, Californiaās new Attorney General, settled the case today for $6.5 million.Ā  Luckily, Mozilo and Sambol, who had both forgotten their checkbooks that day, were able to come up with the money needed to satisfy the judgment by looking on the floors of their respective cars.

AG Harris said that the money will be used to establish a statewide California Foreclosure Crisis Relief Fund, which by my calculations should be able to provide each of the 300,000 homeowners who receives a foreclosure notice in 2011 with just under $20ā¦ so, Californians at risk of foreclosure this year should probably be prepared to make change for a twenty. 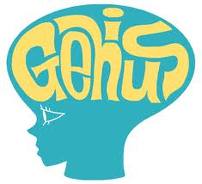 2. Mandelman ADMITS HE WAS WRONG About AZās Foreclosure Programās Potential

Last year, President Obama sent the State of Arizona $125 million to help the state stop foreclosures.Ā  The state brought together the best minds available to meet on the subject and to help design the stateās program.Ā  Nevada and California both modeled their programs after AZās.

The Arizona Housing Agencyās top brass then went out into the communities in Maricopa County, and held meetings at which homeowners sort of giggled when they werenāt yelling and screaming.Ā  I made fun of the whole affair, and a bunch of Arizona homeowners sent links to my article to the state officials who promptly ignored whatever I had to say.

I predicted in my article about the new state program that NOT EVEN ONE Arizona homeowner would qualify for the stateās plan, and here we are just under a year later and come to find out I was wrong.Ā  And Iām not the kind of person who hides from my mistakes or tries to sweep my misjudgments under the rug.Ā  Hey, it takes a big man to admit when he was wrong, right?

Of the 1,055 Arizona homeĀ­owners who have applied, ONLY ONE has qualified for help from the program. National Bank borrower slated to get $40,000 knocked off a distressed home loan.

Wessel says heās not going to provide any additional details about the lucky recipient, so if anyone reading this knows who this homeowner is, please contact me at mandelman@mac.com immediately.Ā  Tell the homeowner I would very much like to come to Phoenix and throw him a huge party at my expenseā¦ lots of balloonsā¦ open barā¦ the whole kit and caboodle.Ā  Tell him Iāll make sure the media covers the event, and would like to send invitations out next week.

Additionally, Iāll be sending a formal apology for making such fun of the program in my article last year to the State Housing Authorityā¦ fair is fair, after all.Ā  I canāt believe I flubbed my prediction on this that badly.

Wessel also said two or three more homeowners are up for approval, so next week, just to make sure there are no hard feelings, I think Iāll lead with the storyā¦

Yeah, so I donāt have anything funny to say about this.Ā  All I can tell you is that yesterday, while driving home from the store, I heard a news story saying that our government was quite concerned that it had received intelligence and terrorists might attack one or more CEOs at US banks.

And I thought to myselfā¦ damn, I have to get my oil changed.

4. Wow, so I guess it is possible to get a mortgage modified after allā¦

So, I understandā¦ as experiences go, getting a loan modified is among the worst ever simply because servicers come in two flavors: terribly annoying and unbearably annoying.Ā  They will lie, lose everything, say rude thingsā¦ and in general act likeā¦ well, servicers.Ā  And many people will have the urge to quit and throw in the towel on many occasions, but if you want your loan modifiedā¦ donāt quitā¦ period.

The next question should beā¦ should you want a loan modification?

If your home is underwater by some outrageous number like hundreds of thousands of dollars, and you want a loan modification, then there are only six possibilities that make sense:

I think any of those reasons are just fineā¦ go get your loan modified, but if you donāt fit into any of those four descriptions, and you still think you want to keep a house thatās seriously underwaterā¦ well, you may not be thinking about this whole meltdown thing correctly. 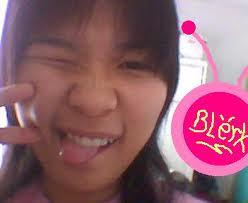 The Nevada Associations of Realtors Survey of homeowners in foreclosure finds that almost half of the surveyās respondents hadnāt even heard of the governmentās Home Affordable Modification Programā¦ or HAMP, and only 3% said theyād been helped by it.

In a follow-up question that asked Nevada homeowners in foreclosure how they would rate the job the president was doing, 64% said they thought Hillary was doing great, 27% said they would not vote for Reagan again in the next election, and 12% responded by saying only: Blerk!

~~~
Why not subscribe to Mandelman Matters? Ā Otherwise Ā you miss important stuff…