I first met Rick Rogers at Max Gardner’s Bankruptcy and Litigation Boot Camp, when I attended the 5-day intensive training program for attorneys last October. Ā About 15 lawyers all met at Max’s 160 acre ranch in the western mountains of North Carolina.

Well, Rick Rogers, of The Rogers Law Group in Chicago, and I shared the Riverview Cabin, I believe is what Max calls it, and we got along right from the start. Ā He’s a really smart lawyer who also has his MBA so we spoke the same language for the most part, and we both share an intense interest in how loan modifications work and why servicers are often unbearably annoying. Ā Last week Max asked both of us to speak to the 200+ attorneys that attendedĀ Operation Strike Back in Las Vagas, Nevada, which was held at the Paris Hotel and Casino… on the subject of HAMP, the NPV Test, and the REST Report.

I invited Rick to Guest Post on Mandelman Matters, and what follows is his Special Report on the new HAMP Principal Reduction Alternative, a new program being offered as part of the Making Home Affordable initiative. Ā I hope you enjoy it and find it valuable… 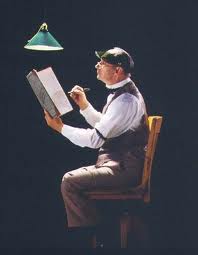 A Report by Rick Rogers, JD/MBA

Lenders will receive far more value from Principal Reduction modifications than from other mortgage modifications.

If enforcing a $250,000 mortgage is likely to result in foreclosure, the Lender will probably recover less than $100,000.Ā  If reducing the principal balance to $200,000 is likely to avoid foreclosure, the Lender will likely recover the entire new $200,000 balance, which is more than double what it might recover if it refuses to reduce the principal balance.

In order to calculate the Lenderās financial advantage or disadvantage of granting Principal Reduction modifications, numerical probabilities must be established for the likelihood of outcomes mentioned above.

Participating HAMP Lenders and Servicers, herein collectively referred to as Lenders, were required to start evaluating cases for PRA HAMP in the last quarter of 2010.Ā  Regardless of the outcome of those evaluations, no PRA HAMP modification would ever be required of the Lender.Ā  PRA HAMP modification is strictly optional.Ā  A Lender could reject the application for any reason or for no reason at all.

Itās encouraging that some Lenders have issued PRA HAMP modifications with large principal reductions.Ā  That suggests those few Lenders understand the economic advantage of PRA HAMP, but itās too early to tell how many will embrace the concept and actively participate.

Re-default rate is the single most important factor when comparing the NPV of a PRA HAMP with that of a standard HAMP modification.Ā  A lower re-default rate for Principal Reduction modification provides the Lender savings to offset the reduction in principal balance.Ā  The key question when comparing PRA HAMP to standard HAMP modification is whether the savings from a reduction in re-default rate will be more or less than the amount of the principal reduction.Ā  For the answer to that question, one can look to The Federal Reserve Bank of New York Staff Report:

This report, referred to herein as the FRB Report, was the result of no small effort.Ā  It is a 46-page, well researched and crafted report utilizing a sample of tens of thousands of mortgage modifications on which to draw conclusions.Ā  Principal reduction modifications were included in a sufficient number for the authors to state the following conclusion in the Abstract:Ā  āā¦ the re-default rate declines relatively more when the payment reduction is achieved through principal forgiveness as opposed to lower interest rates.ā

On page 30, the report states ārestoring the borrowerās incentive to pay in this way (referring to principal reduction) nearly quadruples the reduction in re-default rates achieved by payment reductions through interest rate modifications and term extensions alone.āĀ  It goes on to state the conclusions āconfirm the findings from previous research that borrower equity is a critical determinant of loan performanceā¦āĀ  The report concludes modifications will be more effective if program designs are more attentive to borrower incentives to pay, i.e., principal reduction.

HAMP vs. PRA HAMP: While the FRB Report does not specifically compare PRA HAMP with HAMP, it does provide an applicable estimate of the difference in re-default rates for principal reduction and non-principal reduction modifications.

Attached are NPV Test results with parameters of the above referenced typical case, comparing a HAMP to a PRA HAMP modification, utilizing the re-default rate differential used in the FRB Report.Ā  Following are the inputs used for the test:

* Inflated estimate due to rounding.Ā  Actual advantage based on FRB Report re-default rate is $14,164 in this case.

There are also significant Lender tax benefits of PRA HAMP. In this case, the tax savings could amount to almost $20,000 in the first three years following the modification.Ā  Without tax benefits, the PRA HAMP NPV advantage over standard HAMP is more than $14,000 per typical modification.Ā  With tax savings, that Lender NPV advantage could double to over $30,000.Ā  Tax benefits may vary widely among Lenders, and may provide no benefit at all for those with no profit to shelter.Ā  With or without tax savings, the financial gains from PRA HAMP modifications are considerable.

Even if PRA HAMP re-default rates were twice that indicated in the FRB Report, or if the Lender received no tax savings, or if both of those unlikely events transpired, the NPV for PRA HAMP modifications would still exceed the NPV for standard HAMP.

Accounting Treatment and Reserve Requirements are āpaperā issues, if Lenders believe they are issues at all.Ā  The solutions to these problems do not require Lender sacrifice of revenue, federal funding, jobs creation, or cutbacks in spending.Ā  A couple of waves of the appropriate federal wands could nicely resolve these issues, if they are important to Lenders.Ā  Principal Reduction modifications are far too important to the economic resurgence of this country to allow āaccounting and administrativeā issues to block the way.

Under PRA HAMP, Lenders will achieve far greater financial benefits than with any current modification program, and borrowers will have a fighting chance to regain equity and security in their home.Ā  Even if prices remain flat and borrowers make no improvements to their homes, HAMP Principal Reductions combined with scheduled payments will reduce mortgage balances to within 5% of home values in just three years.Ā  That fact will reinvigorate homeowners and provide inspiration to stay current on mortgage payments for the many who today have no incentive nor rational hope to save the home they once cherished.

About the Author: Rick Rogers, JD/MBA is Executive Director of the Rogers Law Group, NFP, a firm dedicated exclusively to Home Preservation.Ā  For over 20 years, he has composed, utilized, and trained others in the use of NPV Tests for the purpose of comparing real estate alternatives nationally and internationally.Ā  For the last 10 years, his practice has been devoted to foreclosure, mortgage default, and related matters.Ā  He may be contacted at rrogers@therogerslawgroup.com or through www.therogerslawgroup.com .