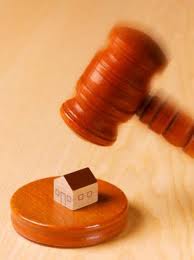 I have to tell you… I’ve been waiting for this to happen.

Ohio Judge Peter Sikora was looking to take advantage of the lowest mortgage interest rates in decades and refinance his eight-bedroom, lakefront Cleveland home, so he contacted his bank, JPMorgan Chase. ┬ĀWith property values in decline in Cleveland, Chase said no to refinancing but told the judge to apply for a loan modification instead. ┬ĀThe judge followed JPMorgan Chase’s advice to the letter and as a result has fallen a year behind on his nearly $1 million mortgage… hasn’t paid his property taxes… and now has ended up in foreclosure.

So, all I can think of to say is… don’t you just hate these irresponsible sub-prime borrowers who should never have been allowed to buy their homes in the first place and now think they’re entitled to loan modifications? ┬ĀI know I sure do. ┬ĀMaybe if the judge had called a scammer and paid an up front fee… he would have gotten his loan modified… no, wait… that’s not right… maybe if he had called a lawyer he would have… wait, no… he is a lawyer, right. ┬ĀWell, maybe if he… oh wait, I know… MAYBE IF HE HAD NOT BELIEVED THE LIES TOLD BY JPMORGAN CHASE… yeah, that’s sure as shootin’ where he went wrong. 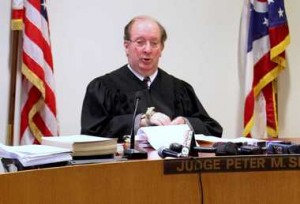 According to a story in the Cleveland Plain Dealer, that I’m betting mysteriously isn’t going to get a lot of national attention…

“The bank advised me that the only way they would consider a loan modification would be if I fell behind on my payments,” said Sikora, 59, a judge since 1989. “I took their advice and put the money aside.”

The judge has now pinned his hopes on an upcoming mediation session to keep him in his Edgewater Drive home, which according to the Cuyahoga County Auditor’s Office, appraises at $844,000. ┬ĀSikora told the Plain Dealer in a telephone interview that he has the money to make his mortgage payments, and that the only reason he’s in foreclosure is that he followed the advice of officials at JPMorgan Chase & Co.

Sikora, who was elected in 2008 as president of the Ohio Association of Juvenile Court Judges,┬Āalso said that he was surprised when, back in June, right smack dab in the middle of his negotiations with JPMorgan Chase, the bank went ahead and filed the foreclosure lawsuit against him seeking $999,000, including $6,400 in unpaid property taxes.

“It’s unfortunate that it’s gotten to this situation, I’ve been talking with them for more than a year, but the bank hasn’t been responsive.”

JPMorgan Chase hasn’t been responsive? ┬ĀWell, that can’t be right, can it? ┬ĀAren’t we all so surprised that Chase wasn’t responsive? ┬ĀAnd the fact that Chase would file for foreclosure while in the middle of negotiating with him over a loan modification… that they told him he should apply for by stopping making his mortgage payments… well, frankly I’m just shocked, aren’t you? ┬ĀTotally taken aback, I’d have to say.

I’ll tell you what’s really surprising to me… there are two things:

Oh, and there was one more thing in the Cleveland Plain Dealer’s story┬Āthat didn’t surprise me in the least…

“The attorney for JP Morgan Chase did not return a phone call.”