Home  »  Finally, Housing Market Analysts Starting to Get It

Finally, Housing Market Analysts Starting to Get It 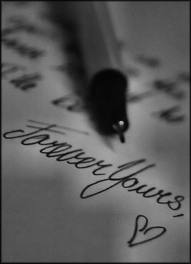 Well, I don’t know about you, but for me it’s been a long time coming…

Finally, it appears, housing market analysts are publicly recognizing that housing prices are NOT COMING BACK. Â CNN/Money.com has published an article about Celia Chen’s forecasts, she’s a housing market analyst for Moody’s Analytics, and Celia says that prices in many areas won’t come back until… well… forever, essentially. Â Here’s what the CNN/Money.com story said specifically:

“Chen estimates that Las Vegas home prices won’t return to their pre-recession peak until after 2032; in Phoenix, the rebound will take until 2034; and Salinas, Calif., and Naples, Fla., won’t come back until sometime around 2038.”

And the reason I say, “forever,” is that once forecasts go out that far, they become kind of meaningless. Â I mean, no one can forecast what’s going to be going on in 2032 today, I don’t care what they say. Â There’s no dependable math involved in such forecasts of housing prices. Â It’s more like the forecaster just reaches a point in their analysis where they realize that they can’t come up with a justification for saying that prices will return any sooner, so they just take the numbers out to where they hit whatever they were trying to hit and that’s the year they publish.

Chen admits this, in so many words, when she says:

“Chen cautions to take those forecasts with a grain of salt, however. It’s impossible to be exact about such long-term trends. Housing is also very dependent on the overall economyÂ and other factors. Predictions can easily be off by many years as conditions change.”

And she points out that her numbers AREN’T even adjusted for inflation, saying that:

And these are nominal prices: Inflation-adjusted recovery will take even longer.”

For our purposes… and by that I mean, assuming that you’re somewhere near my age, which is 49… you should feel free to think of the phrase “even longer than 2038,” as being forever. Â That’s 28 years from now, and that’s for price increases not adjusted for inflation. Â I’ll be 77 years old, so even longer than that… might as well be “forever,” right?

Chen goes on to say:

“The economies were very closely tied to residential construction,” said Chen. “Now, housing is over-supplied and that part of the economy will not come back for a long time.”

Chen also points out that there are some cities, and she offers Pittsburgh, Syracuse, and Clarksville, Tennessee, as examples, that will recover sooner because they didn’t experience the sort of bubble the rest of the country did… or, in other words, what hasn’t gone up that much doesn’t go down all that much and therefore will come back sooner, duh. Â But, lest you think that such forecasts are isolated to California, Nevada, Arizona or Florida cities, Chen offers the following:

Many of the larger, older metro areas that saw moderate or even fairly high home price appreciation during the boom years will recover faster than the bubble markets but slower than the steady-eddie ones.

Now, I want you to keep two things in mind: 1. We’re NOT done as far as our free falling housing prices are concerned. Â Nowhere close to done, as a matter of fact. Â 2. We don’t even have a real real estate market in this country as yet. Â Only the U.S. Government is lending, so there’s no private sector mortgage lending going on, the only people selling are those that have to, and the only buyers are trying to steal something, for the most part… and then there’s the shadow inventory and the millions still living in homes that haven’t made a payment in over a year… you’ve heard me go on about these factors before, I’m sure.

My God, we haven’t even fixed the problem of having insolvent banks yet… we’re just pumping cash into our largest financial institutions and hoping time will eventually heal all wounds. Â And we should all now see that the foreclosure crisis is the gift that is assuredly going to keep on giving. So, Chen forecasts are only likely to get worse… there’s nothing in place today that would push towards making them any better.

Housing prices may someday be high again, like the way they were a few years ago, but that’s a subject for the next generation, or even the one after that. Â It’s not something for me, at 49 years old… to worry about, or even consider. Â Deflated assets don’t magically re-inflate themselves. Â So, unless you’re the type that’s still happily holding onto stocks you bought at their dot-com highs, preferring to hope against hope that they return instead of taking the loss and moving on, it’s time to start accepting the reality of our housing market meltdown and stop planning your future with the idea in the back of your mind that housing prices “may come back in four of five years… or maybe seven… blah, blah, blah…”. Â It’s not going to happen… not a chance.

And the faster you come to accept this reality, the faster you can start to move beyond the crisis and start living life again. Â Like I’ve said before… I may not be able to fix the country or the world, but I can certainly help to fix YOU.