A Heavy Summons: The tragic shooting of Rep. Gabrielle Giffords 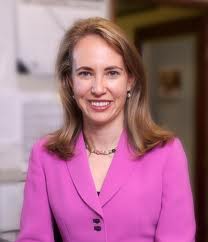 The attempted assignation of Rep. Gabrielle Giffords (D-AZ), along with the five others who were senselessly murdered in Arizona yesterday is a terrible tragedy… of course.  Absolutely awful.  Certainly, for many… it is both overwhelming and heartbreaking, never to be forgotten… not even for a moment.

To hear about the shooting was disheartening to say the very least, but the death of nine year-old Taylor Green was, for me personally… devastating.  My daughter’s name is also Taylor, and I can only try to imagine how her parents must feel… it must be utterly paralyzing.  I have no doubt that the pain is inestimable and feels as if it will never subside… because quite likely, it will not.  I don’t know how you go on after you lose your daughter at any age or under any circumstances, but at nine years old and to such an act… well, I just don’t know how you could ever hope to stop the tears, or suppress the rage.  My prayers are with Taylor Green’s parents tonight, and I hope that they can turn to their God for solace, for I believe that only God has anything meaningful to offer after such a loss.

In addition to the personally tragic aspects of what’s happened, in my mind it is also a tangible step down a terrible path for this country .

Now, we are watching as the media attempts to garner viewership by covering the background of the assassin, and although no one knows the answer to why this happened, hypothesizing as to what could have motivated him to commit the heinous act… all while they make statements about how we should all be careful not speculate as to the motive for the terrible crime.

And quite predictably, within hours, speculation about the shooter was rampant. 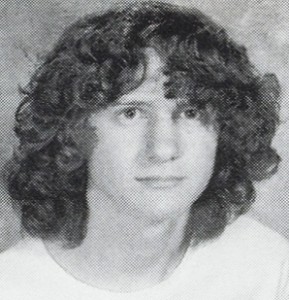 The assassin, 22 year-old, Jared Loughner, was described by the Website, AZCentral.com as someone who “lives with his mother in a modest north Tucson subdivision.” He had no police record beyond a minor drug charge that was dismissed.”  The story went on to say:

“The 22-year-old suspect in the shooting of U.S. Rep. Gabrielle Giffords and others north of Tucson on Saturday was described by friends and former classmates as a loner, prone to dressing in black regalia of boots, trench coat and baggy pants even on the hottest days.”

Okay, the whole “boots and trench coat” thing is getting kind of cliche, don’t you think?  Never mind, don’t answer that.  But, a “loner in baggy pants even on the hottest days?”  Well, why didn’t you say so?  Have you been to Phoenix on one of the hottest days?  The guy is obviously insane.

“There’s reason to believe that this individual may have a mental issue. And I think people who are unbalanced are especially susceptible to vitriol… When you look at unbalanced people, how they respond to the vitriol that comes out of certain mouths about tearing down the government. The anger, the hatred, the bigotry that goes on in this country is getting to be outrageous.”

The 22 year-old that shot and killed people while they stood in front of a grocery store, including a nine year-old girl, had mental issues?  I’d say so.  At the very least, I think it’s more than safe to say that he had mental issues.  Anyone that does anything like this has mental issues.  So what?  Is that supposed to make me think that he represents some sort of unseeable and uncontrollable fluke of history?

On a YouTube slide show, Loughner described his favorite interest as “reading,” and he listed his favorite books as “Animal Farm,” “Brave New World,” “The Wizard of Oz,” “Aesop’s Fables,” “The Odyssey,” “Alice’s Adventures in Wonderland,” “Fahrenheit 451,” “Peter Pan” and “To Kill A Mockingbird.” Also listed were “We the Living,” “Phantom Tollbooth,” “One Flew Over the Cuckoo’s Nest,” and “Mein Kampf,” among others.

So… that tells us… well, nothing whatsoever, actually.  I’ve read almost all of those books as well.  He dropped out of high school… was rejected by the army for failing a drug test… and he was enrolled in a community college before getting kicked out for some reason.  The AZCentral story said:

“But all of that changed last year, when Loughner had multiple run-ins with police at Pima Community College for causing disruptions in classrooms and the library, college officials said. His dispute with college officials led him to post a bizarre YouTube video declaring the college illegal under the U.S. Constitution and culminated in his suspension from campus.”

Yeah… big deal.  If we’re going to start considering the often wacky views of 22 year-old community college students as being reason for concern, we’re going to more than have our hands full.

Sarah Palin had apparently “targeted” Rep. Giffords in some sort of political campaign, meaning that Palin used a shooting metaphor in her call for voters to vote against Giffords, and “take back” twenty seats from the Democrats in the House of Representatives.  And although I’d be among the first to agree that Sarah Palin has said some things I wish she hadn’t, I really think bringing her up in this context seems way out of line. 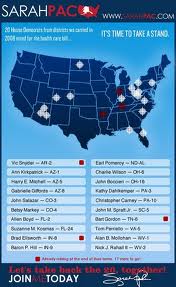 And, I was so glad to see that even Jane Fonda weighed in by tweeting her view of the situation:

“Progressive Arizona Rep Gabrielle Giffords is shot.  In her ads, Sarah Palin had her targeted in a gun site. Inciting to violence.”

I called several of my readers in Arizona to ask what they had heard and thought about the motives behind the horrific event and that’s what I heard about Rep Gabrielle Giffords… that she was a moderate… certainly not “far right” or “far left”.  She was a Blue Dog Democrat, which especially in Arizona would fit with Fonda’s term for her… “progressive”.  And it has left me wondering about what did cause Loughner to become so enraged that he would wake up on one Saturday and head off to shoot people attending a political event in front of that Safeway grocery store.  What I mean is… a “progressive” Blue Dog Democrat is a relatively moderate politician, right?  Do most people become so enraged over the positions of a moderate politician?

I guess what I’m trying to say is that, after watching all of Sunday’s coverage of the shooting, after watching the media and others attempt to paint a picture of Loughner that would somehow explain his actions as being those of a madman… all they seem to have gathered is that he was a high school drop out, who was a bit of a loner… who posted some anti-government stuff on YouTube and on his MySpace page… oh, and some sort of dismissed minor drug charge, which I have to assume is marijuana… and that’s about it.  Well, and let’s not forget the trench coat and boots with the baggy pants.

Is that a picture that’s supposed to explain the acts of Jared Loughner yesterday, because honestly I’m having a hard time making these facts add up to much of anything, except that he was not at all happy with the U.S. government, and I have to say that I don’t find that to be a sign of insanity.

On a YouTube slide show, Loughner wrote: “I can’t trust the current government because of fabrications.”

You see, with all of the speculation as to what drove Loughner to commit this atrocious act, listening to politicians blame other politicians for the use of dialogs of hate on one side or the other… I can’t help but notice what WASN’T mentioned even once all day long.  One thing that the media seems to be sure it was not… the effects of dire economic conditions and a government that has clearly… AND ON BOTH SIDES OF THE AISLE… ignored and even abandoned the middle and working class in this country, leaving millions of Americans with a feeling of sheer hopelessness.  We don’t know what caused this tragedy, but we seem to know for sure that it isn’t that.  Because certainly “that” has nothing to do with what happened in Tucson on Saturday… for sure… right?

Was Jared Loughner mentally unstable… of course he was, and lot’s of people are.  But why was now the right time to act… in Jared’s mind?

Thinking about it, I remembered almost two years ago when a 16 year-old girl was raped and killed during a party that was going on in one of the thousands of homes in Moreno Valley, California that sits empty… abandoned as the result of the foreclosure crisis.  On the street where it happened, all the homes were vacant.  To teenagers looking for a place to have a party, it must have seemed an ideal location.

The 16 year-old girl was raped and killed there during that party and on the day I went out there to see what it all looked like, while standing in a group of reporters and others from the community, I said that I blamed the foreclosure crisis for her death.  Another reporter, who shall remain nameless, looked at me and said… “No, you cannot blame foreclosures for her death.”

And I remember what I said in response: “Really?  You’re sure that she would have been raped and killed somewhere else?” 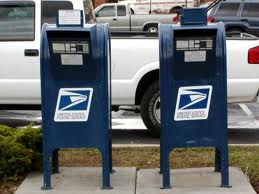 While I was on the AZCentral.com site reading about the shooting, I happened to look in the righthand column and this story appeared:

Postal workers who returned to work Saturday said a package that ignited at a government mail facility conjured painful memories of the anthrax attacks that killed two of their colleagues in 2001.

And that’s probably not related to anything going on today, either… right?

Okay, so what about this, reported by MSNBC…

“We used to get these types of calls once a week, maybe once every two weeks. Now we get a suicidal call every single day,” he said, and as a result he’s had to provide additional crisis management training for his staff. “Our EAP counselors have been transformed this past year from EAP counselors to crisis counselors because it’s so common now.”

Lattarulo would not disclose how many employees covered by their program have actually committed suicide, but he did say the number of suicides and attempted suicides are up 75 percent in 2009 from the previous year.

“We are seeing such a growing number of violence and danger to self and others in the workplace,” he added. “People are so much more stressed out than ever before. The increase started when the economy started tanking.”

Does that tell us anything?  Does it help to fill in any blanks?  Might it potentially help to explain anything about Jared Loughner?  I mean, Phoenix is basically in a contained depression, as far as its economy goes… could that be a contributing factor to Jared Loughner deciding to take the life of a United States congresswoman?

And regardless of whether you think I’m right… or even if you think I’m looking at clouds and finding images of Jesus on the cross… why wasn’t, as they covered Loughner’s background ad nauseam all weekend, the depressed economy and our government’s lackluster support for the needs of this country’s working people even mentioned as possibly being a contributing factor by even one journalist?  Because those factors couldn’t have had anything to do with what happened?

Really? Are you sure?

Well, I’ll say this… If that’s what you think then I pray you’re right, because if you’re not… then the baleful, devastating and deplorable acts of Jared Loughner are not merely random acts committed by a madman gone insane.  If you are wrong, then just as we might watch unfold in a Shakespearean play, the events we are seeing are foreboding.

And to that I can only think to say… A heavy summons lies like lead upon me*.