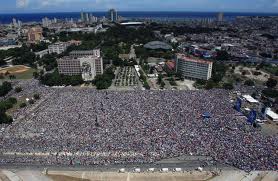 That’s just half a million people, by the way…

According to RealtyTrac, 1,050,500 homes we repossessed by banks last year.

Now… in 2010… we’ve broken through the one million mark at 1,050,500. Â So, for those that think foreclosures are somehow a good thing, I guess congratulations are in order. Â For those not afflicted by such diminished cognitive abilities, I can only request that the last person to leave, please turn off the lights and bring the flag.

And remember… that just over a million homes with 2010’s fourth quarter foreclosure freezes imposed by the largest banks in response to the robo-signer scandals coming to light as a result of sworn testimony by various employees of those banks. Â Had those freezes not taken place, that number would most assuredly be significantly higher, and with the foreclosure-gates now reopened, we will likely see whatever number was suppressed last year carried over into the current year’s records.

â€ś… 2010 foreclosure activity still hit a record high for our report, and many of the foreclosure proceedings that were stopped in late 2010 â€” which we estimate may be as high as a quarter million â€” will likely be re-started and add to the numbers in early 2011.â€ť

Also according to RealtyTracâ€™s 2010 report…

“… a total of 3,825,637 foreclosure filings â€“ including default notices, scheduled auctions and bank repossessions â€“ were reported on a record 2,871,891 U.S. properties during the year.”

Here a quote from Bloomberg’s New Years’ story on the topic:

“The number of U.S. homes receiving a foreclosure filing will climb about 20% in 2011, reaching a peak for the housing crisis, as unemployment remains high and banks resume seizures after a slowdown, RealtyTrac Inc. said.

This past week, Zillow.com announced that its index of home values fell for the 53rd consecutive month in November, and that since June 2006,Â home values have now fallen 26% nationwide.

Zillow’s Katie Curnutte, in a blog post, pointed out…

And lest you think that Zillow’s numbers show too much decline, Case-Shiller’s index has fallen even further, now showing a 30% drop over that same period.

“The foreclosure crisis is the biggest threat to U.S. economic growth, according to Mark Zandi, chief economist for Moodyâ€™s Analytics Inc.

So… don’t you just love it when we break records in this country? Â Chant with me… U.S.A. Â U.S.A. Â U.S.A. Â And it’s nice to see that real estate market analysts are finally starting to get it. Â The question is… why isn’t the Obama administration?

My Grandmother, Standard Oil & the Banks

We Are On the Brink of a New Age of Rage

The secret NPV formula used to qualify for HAMP that no one is allowed to know. Transparency at itâ€™s finest.