Home  »  $160 Million to DEFEND Fannie & Freddie? Now, if I could only find that damn rabbit hole I must have slid down…

$160 Million to DEFEND Fannie & Freddie? Now, if I could only find that damn rabbit hole I must have slid down… 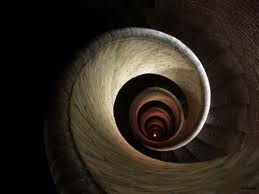 Gretchen Morgenson of The New York Times has reported that taxpayers have paid $160 million SO FAR in legal fees to DEFEND the top executives at Fannie Mae and Freddie Mac, and the long-since-bankrupt mortgage giants themselves since the government nationalized them… no, that’s not right… since the government placed them in “conservatorship,” yeah, that’s it… in September of 2008.

Now, don’t get confused here… we’re not talking about the $150 BILLION that taxpayers have paid since the government took them over in September of 2008 to bail out the two towering tributes to incomprehensible avarice, lethargy, and incompetence.  Looking at these two organizations, now referred to as the “GOEs,” for Government Owned Enterprises, is like watching all seven deadly sins being committed at once.

So, we the taxpayers have spent $160 Million DEFENDING them?  Defending them?  Gretchen… I think you must have a typo there, right?  Shouldn’t the question be, how much are we spending to PROSECUTE them?  I mean, if the government is paying to defend them, who pays to PROSECUTE them?

Oh no, I think I know the answer to that question… allow me to venture a guess… WE DO?  We the taxpayers pay to both DEFEND AND PROSECUTE them?  And as it says in Gretchen’s story:

Of course they don’t… we’re paying both sides of them.

Oh, well then… very good then.  All I can think to say to that is that I sure hope our lawyers kick our ass in court!

The thing about the Times story, in my mind anyway, was not just how much we’re spending to defend these white collar criminals… no, what gave me pause was that in the very first paragraph of the story it said:

“The cost was a closely guarded secret until last week, when the companies and their regulator produced an accounting at the request of Congress.”

Now, the FHFA… or Federal Housing Finance Administration… is the conservator for the two GOEs now, so how could anything be a “secret,” let alone a “closely guarded” one?  I mean… hang on… what does “federal” mean anyway?  Is it like the federal in “Federal Express,” or does the first ‘F’ in FHFA actually mean the agency is part of the federal government?

And get this… in 2006, the Office of Federal Housing Enterprise Oversight… or, I suppose the wonky acronym would be OFHEO… sued the three top executives at Fannie…

And Mr. Raines, who ran Fannie Mae for some years and resigned in December of 2004, without admitting any guilt, it should go without saying, actually paid back $24.7 million to settle the suit.  He paid $24.7 million?  He wrote a check for almost $25 million bucks?  And now WE THE TAXPAYERS are paying to DEFEND him… because we’re also paying to PROSECUTE him?

And why in the world would a guy who ran a government agency… GSE… even have $25 million… because then one day he was shooting at some food and up through the ground came a bubbling crude?  How much do you have to pay a guy to run a mortgage company who only says “YES” all the time?

Oh well… I guess when it Raines, it pours… LMAO… I’m funny…

Look, I don’t know all that much about mortgages, but I’m here to say that I’m absolutely certain that I could have run Fannie Mae into the ground for a lot less than Raines needed to do it… I could have killed that company for no more than a trill… swear to God, I could.  Just in case another opportunity like that comes up… throw my name into the hat, would you please?  Tell you what… I could have probably bankrupted Fannie for no more than half a trill, how’s that… would that be something the country might be interested in at some point, because I’m a patriot and if I could help save the country that kind of money, I’d be more than happy to… really.  And I wouldn’t even need my own plane… I’d do it and fly commercial… there, I said it.

And then the Times story went on to say:

“If the former executives are found liable, they would be obligated to repay the government. But lawyers familiar with such disputes said it would be difficult to get individuals to repay sums as large as these. Lawyers for Mr. Raines, for example, have received almost $38 million so far, while Ms. Spencer’s bills exceed $31 million.

Oh yeah, and who would pay those legal bills… the ones to go after us so that the executives wouldn’t have to repay us for having paid for defending them against us… I think.  And would that be Us paying those legal fees too?

STOP IT, DAMN IT… STOP IT… YOU’RE HURTING ME!

And in closing, the Times story quoted Mr. Edward DeMarco, who is the acting director of the FHFA, saying:

“I understand the frustration regarding the advancement of certain legal fees associated with ongoing litigation involving Fannie Mae and certain former employees.”

Well, that’s clearly not true.  I don’t think he understands that frustration at all, do you?  He approved paying out $160 million to defend the indefensible and then kept it a closely guarded secret until Congress forced him to disclose the amounts?  And he understands the frustration?

Oh no he doesn’t. 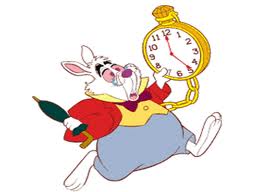 But what about this?  Now, if I could only find that damn rabbit hole I must have slid down…

Legal Aid for Homeowners: Perhaps the only thing on the planet for which TARP funds CANNOT be used.