Home  »  Tired of Reading? Videos on the Foreclosure Crisis.

Tired of Reading? Videos on the Foreclosure Crisis. 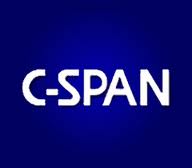 Here’s something you don’t find every day on Mandelman Matters, a whole series of videos, most from C-Span’s coverage of various congressional hearings, and all having to do with the foreclosure crisis. Â Some feature testimony by NCLC’s rockstar foreclosure defense attorney, Diane Thompson, who I think is the bomb. Â And you find Georgetown Law Professor, Adam Levitin, who clearly explains that the problems with loan modifications are the mortgage servicers, companies that he explains are closely tied to the banks and the trustees, and that continue to refuse to release data that would show how loan modification programs are actually working. 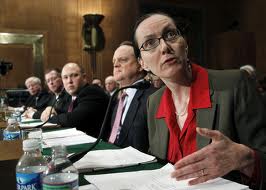 He also says that servicers are not in the modification business and that asking them to be is asking too much. Â He also thinks that when the servicers come to congress and testify as to how many modifications they’ve done, they count each one more than once… as in each loan has multiple modifications. Â And I, for one, was relieved that I wasn’t the only one who has been noticing that, and writing about it, for some time now. 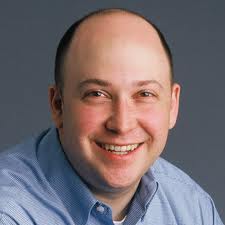 The videos are very telling as to just how difficult the foreclosure crisis is to solve because the banks and servicers are so difficult to deal with and because the regulators don’t want to see too much because then they’d have to take some action… and Treasury’s orders are to allow the banks to take necessary write-downs from retained earnings over ten years.

Hearing that sentence testified to in congress gave me chills. Â You see, in Japan that’s sort of what the banks did… they laid low, doing little if any lending for a decade until they could write down the over-valued assets from pre-1990, when their real estate bubble popped. Â However, I wrote once that if Secretary Geithner thinks that the 10-year hold-your-breath strategy will work here, I think he’s wrong… although I may have employed more colorful phraseology than that at the time.

For one thing, we are not living in Japan. Â My impression is that we can’t even sacrifice for one winter by keeping our thermostats under 70 degrees, and the Japanese could probably live through a decade of winters with no heat at all. Â So, if he thinks he can tap dance around what the banks have been doing in the last two years for another eight… he’s high. Â No way, no how.

I recent;y read that today, 20 years after the Japanese real estate bubble popped, assets are still struggling to recover. Â In Japan, housing prices declined steadily from 1990 to 2004, had a small blip up in 2004, but then started falling again. Â If that sort of thing happens here, I don’t think we’re going to take it nearly as well as the Japanese.

But, that’s how we seem to be handling things so far, with the bankers as our special class, essentially immune from real regulation, and apparently allowed to behave badly in the name of their recovery. Â To me it looks like the bankers have succeeded in scaring the administration into believing that no one but who we currently have in place at major banks is capable of bringing those banks back from the dead, so we all better tip-toe around them, because they’re very easily upset.

Okay, so I promised no reading, so I’ll shut up. Â Watch them all, you’ll learn a lot… I sure did.