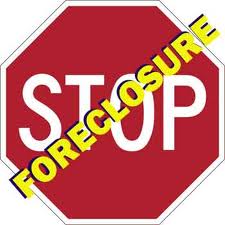 Apparently, something like 22 out of 120 protesters were arrested on Thursday for trespassing when they refused police orders to vacate the premises as they demonstrated in front of the Chase bank branch at the corner of Hope and 4th in downtown  Los Angeles.

The homeowners say they are members of the Alliance of Californians for Community Empowerment (ACCE), which bills itself as “a statewide community organization,” and the Home Defenders League, which was started by some of the group’s members as a rallying point for those at risk of foreclosure… and it goes without saying, getting jerked around by any one of our nation’s banks.

According to a story appearing on the news website, People’s World:

“Millicent ‘Mama’ Hill, writing in an ACCE email blast, explained that the organization’s members started the Home Defenders League so that ‘anyone who has been a victim of the foreclosure crisis has a chance to fight back.'”

The group gathered  in front of the Chase branch and set up house… they put down a rug, an end table, a mattress, chairs… and trhen they proceeded to, one by one, come up to the megaphone to tell their stories to what onlookers say was a very sympathetic crowd. 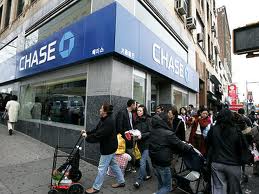 As you’ll see when viewing the video news footage taken by a Los Angeles news crew from KTLA Loa Angeles, they came prepared to chant and sing and share some key facts with anyone who would listen, including the fact that the big banks are getting ready to hand out $143 BILLION in bonuses this year.

For anyone who’s paying attention to the recent disclosures by the Federal Reserve, required by the Dodd-Frank financial reform bill, and as publicized by Congressional Representative Bernie Sanders (I-VT), which showed that $3.3 TRILLION was provided to the failed banksters and other major corporations over the last two years through various programs in an effort to keep them from having to shut their doors and/or be taken over by the FDIC, I suppose.  As I understand it, Citibank  has borrowed roughly $100 billion at essentially zero percent interest from the Fed’s emergency lending program.  Now the questions being asked by Sanders and others, involve things like whether the repayment of the TARP funds was simply a sham,  made with other federal program dollars in order to escape restrictions on CEO pay.

I’m sorry, but duh… of course the repayment of TARP was a sham to escape CEO pay restrictions… who didn’t know that?  That was barely even hidden.  It was like one day the banks were minutes away from insolvency, and a few scant months later, with nothing having appreciably changed in the economy, the too-big-to-fail banks were complaining about the CEO pay restrictions and just fater that, the TARP funds started flooding back into the Treasury like a tidal wave had hit the beach and water was filling the bottom floor of a beach hotel’s lobby.  What else could have happened?  The banks used Peter to repay Paul, because Paul’s money came with restrictions on CEO pay, but Peter worked for the government too.  Anyone care to bet against that statement? 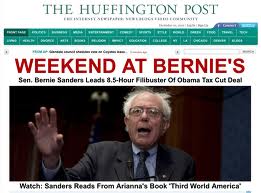 Interestingly, ACCE and the Home Defender League have already had some early success.  According to the story on the People’s World site:

“The group convinced the city of Los Angeles to adopt the LA Foreclosure Registry Ordinance requiring banks to register properties in foreclosure with the city or face penalties of up to $1,000 per day per property, Hill said.”

And, also in California, ACCE is calling for legislation that would require banks to negotiate with homeowners before beginning foreclosure proceedings, in order to see if a modification can work to keep the borrower in their home.

And, by applying public pressure, ACCE and other groups across the country have successfully pushed servicers to grant permanent loan modifications in a number of individual cases where homeowners were facing foreclosure, and the bank had turned a blind eye and a deaf ear.

ACCE says that now they plan to up the ante by ” bringing together the collective power of the homeowners themselves in alliance with their supporters among labor unions, the religious community and community organizations.”  And in fact, among those that were arrested during Thursday’s protest was the Executive Director of SEIU Local 721, John Tanner.

Well, all I can think of to say is…

All right people!  I’m so VERY PROUD of you… it’s not easy being among the first to move in any movement.  And I’m going to be calling you this week to see how I can help.  Or, if any of you are reading this, please email me at mandelman@mac.com.  I want to help in any way I can.

And… people… groups like this, I’m told are forming all over the country… this is NOT a dress rehearsal… this is the real thing.  So, what are you waiting for… let’s roll! 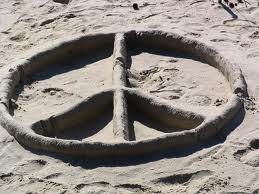