Twas the Night Before Christmas, 2007 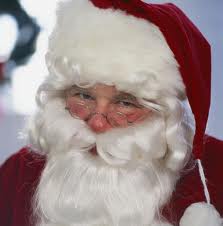 Twas the Night Before Christmas, 2007

Twas the night before Christmas, 2007

And as I sat listening to some nice Andre Previn.

I realized that this had been an exceptional year,

Deserving of special mention, so I opened a beer.

It started with a woman as Speaker of the House,

Cheney looked like a cat looks when eyeing a mouse.

Then I toasted Gerald Ford while having a drink at a bar,

Said Bush in his comment, ‚ÄúHe sure made a great car.‚Äù

Scooter Libby went on trial, and his supporters looked clique-ish,

Did he do something illegal, or just something dick-ish?

Now even Bush says it‚Äôs bad, so now I‚Äôm not sure.

The little guy from Iran, he kept making a racquet,

But who‚Äôs scared of a guy in a Members Only jacket?

Larry Craig got arrested, but it was just by chance,

When he sits on a toilet, he just has a wide stance.

Our Attorney General had problems over people he fired,

He said: ‚ÄúI don‚Äôt recall,‚Äù until we were all tired.

And what about the sports guy with the last name of Vick,

He‚Äôs now in prison for making us sick.

The Senate tried again to research the stem cell,

But G.W. warned that we would all burn in Hell.

Then Wolfowitz got tossed, out of the World Bank,

For helping his girlfriend, who looked to me like a skank.

Of course, the war in Iraq between Shiite and Sunni,

Continued as planned, but whose planners seemed loony.

And we continued to torture detainees held in Cuba,

But the media preferred covering a missing girl in Aruba.

The Brits told Tony Blair that he had to step down,

Leading Bush to wonder what could he do for Brown.

And the leaders of Pakistan sure looked like real pricks,

Still, I loved it ’cause they hit their politicians with sticks.

Karl Rove quit his job, with no need to explain,

Clearly Dubya was no longer using his brain.

And sweeping baseball‚Äôs dirt finally ran out of rugs,

Apparently our sports heroes are simply on drugs.

For a couple of days we followed Don Imus‚Äô woes,

And I think there was something about Brittany Spears,

But watching CNN cover it, ¬Ýjust brings me to tears.

So, we watched while our President continued his mess,

And now we‚Äôre watching Giuliani on YouTube in a dress.

Yes old ‚ÄúW‚Äù proceeded to go down the old drain,

And not far behind was an even older John McCain.

And don‚Äôt forget Huckabee, and Thompson, and Mitt,

It‚Äôs kind of like a choice between stupid and shit.

And what about Hillary and archrival, Barack‚Ä¶

I‚Äôd go pay-per-view to see them in the sack.

To me next year‚Äôs election looks like a dogfight,

Between liberal lions and the huge Christian right.

And after three beers, it seemed time for a nap.

Then up on the roof there arose such a clatter,

And can you believe it? Can you guess what appears?

A sleigh driven by Bill Clinton, and on his lap Brittany Spears!

I rubbed my eyes twice and was about to turn and go,

He asked if my stockings had been hung with great care,

But I couldn‚Äôt stop starring at Brittany without hair.

And then he placed his finger on the side of his nose,

And all of a sudden, Brittany lost all her clothes.

More rapid than eagles they flew in their glory,

Followed by a Fox News crew, who now had their lead story.

That TV news will air that, over genocide in Darfur.

But I heard him exclaim as they flew by a star,

Then I went off to bed and I turned off the light,

Merry Christmas to all, and to all a goodnight!

Happy Holidays to All! 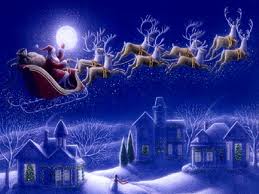