T’was the Night Before Christmas… 2010 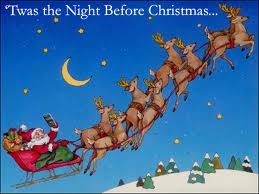 Twas the Night Before Christmas… 2010

Twas the Night Before Christmas, 2010

And as I sat down, to pen this poem, once again,

My mind started thinking about the haves and have-nots

This year, I decided, I’d better pour me two shots.

For this past year I started without that much hope,

The question was more about how we would cope.

Although it was change for which I was still yearning,

I’d soon learn that I did not like what I was learning.

So, while stockings were hung by our chimney with care,

My hopes for St. Nicholas, just weren’t there.

I wanted to bring Christmas cheer to each person,

But I couldn’t help thinking our world would soon worsen.

Some said this past year we would start to recover,

But as stimuli wore off, we would come to discover,

That our housing crisis was not a thing of the past,

As we waited to see Option ARMs that recast.

As last year began, the earth shook beneath Haiti,

We sent food & money, and a song by some lady.

Then the next one hit China, and I wanted my mommy.

Around the world wars still raged, and not peace,

But the real news was S&P downgrading Greece.

Soon their streets would erupt into televised riots,

The EU would now need a bailout of billions,

But Germany didn’t even want to send millions.

Then Spain was in trouble, and soon there’d be others,

And they could all fail, if some had their druthers.

But just as we’d done, they came up with the money,

This culture of bailouts was no longer that funny.

Because even with trillions we’d given to banks,

They didn’t modify or lend, or even say thanks.

Then BP in the Gulf caused an oil eruption,

The media forecasted 100 years of disruption,

But they cleaned it all up, it was ultra-high-tech,

BP off to keep drilling, after writing a check.

While politicians responded by smiling and posing.

I knew the Dems would get crushed in the mid-term election,

The only thought that could give John McCain an erection.

But, for reasons unknown, it had been health care reform,

That took up Barack’s time, as the lobbyists swarmed,

And as I sat writing, dressed warm in my flannels,

I couldn’t help but smile at the thought of death panels.

But with bankers opposed, we got screwed and not kissed.

Prevent the next crisis, was the theme we were drumming,

But what passed wouldn’t have stopped even this one from coming.

About HAMP, Treasury would spend the whole year in denial,

While Senate investigations would put bankers on trial.

Yes, the acts of the bankers were meticulously tracked,

Our economy, it seemed, had been Goldman Sach’d.

It was Blankfein and Lewis and Dimon and Pandit,

And Prinze, Stumpf and Mack, that were all in fact bandits.

Dick Fuld was home wondering, Who is John Gault?

He kept right on saying that Lehman wasn’t his fault.

We found mortgage servicers were not in alignment,

And then we found out, the banks lost all the assignments.

They had robo-signers, to bring fraud on the court.

It seems to banks, a foreclosure was some kind of sport.

This year lawyers proved, the banks were full of blarney,

And their names were Max Gardner and of course, April Charney.

Without attorneys like them, banks had a clear path to foreclosure,

And finally, thank God, the media gave them some exposure.

Then November arrived, and the Dems were shellacked,

They’d forgotten who’d brung them, and so were attacked.

Voters cared little about who was a smartie,

In fact many decided to attend a tea party.

And then up on the roof, there arose such a clatter,

Away to the window, I flew like a flash,

It was Bernanke with six-hundred billion in cash.

My eyes couldn’t believe it, as I stood there freezing,

But will that help people, from LA to Carolina?

Because one things for sure, it’s gonna’ piss off China.

He said he had to do something, the economy to spark it,

And this would keep rates low and help the stock market.

And that would in turn mean we’d feel wealth affected,

Which would allow consumer spending to be resurrected.

Okay Ben, I said, although what I was thinking,

Was that this guy had done just a bit too much drinking.

It wasn’t rates or the market that caused spending to stop,

It was housing prices that did nothing but drop.

Ben said he must go, for he had many stresses,

He had left Santa running his cash printing presses.

I asked him to give Santa my best regards,

But he said all he cared of, was people charging with cards.

Then all of a sudden from out of his sack,

Came Elizabeth Warren, and she gave him a smack.

“That’s enough Ben,” she said, and her voice was quite stern,

“There’s a few things about people that you need to learn.”

You see Christmas will come, with the sun of tomorrow,

And you’ll see that it’s not about how much you can borrow.

Because Christmas is not what is under the tree,

The spirit of Christmas is something that’s free.

I wanted to give Liz a great big loving hug,

I wished we could bottle her up like a drug.

She threw Ben in the back and took off in the sleigh,

And she promised to send Santa before the next day.

I called after her, Liz… where will you go from here?

She said she’d be back, in a few hours at most,

I wished she’d stay’d longer, as I wanted to thank her,

But I loved her for rattling chains at the country’s top banker.

And I heard her exclaim, as she flew out of sight,

Merry Christmas, Happy Chanukah… and to all a good night.

And I wish the Happiest of Holidays to all! 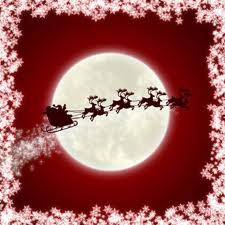 I write this year-in-review holiday poem every year. To find past year’s versions,

You’ll also find it in the center spread of the December issue of The Niche Report magazine.