Home  »  House Dems Tell Justice Dept, the Fed, and Comptroller of Currency: “It is time that are held accountable for their practices.”

House Dems Tell Justice Dept, the Fed, and Comptroller of Currency: “It is time that are held accountable for their practices.” 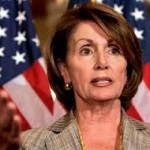 The New York Times is reporting that:

“Representative Pelosi, the House speaker, and 30 other Democratic representatives from California told the Justice Department, the Federal Reserve and the comptroller of the currency that “it is time that banks are held accountable for their practices.”

With the election now less than a month away, House Democrats have requested a formal investigation into the highly questionable foreclosure practices by the banks and servicers.  According to the Times story, Speaker Pelosi said that “the excuses we have heard from financial institutions are simply not credible.”

The Times also reported that officials from the federal agencies, presumably including the Treasury Department, FDIC, et al, have all declined to comment, and I would be shocked to find out that wasn’t the case.

In addition, the Times reported that Texas’ Attorney General Greg Abbott, who is actually a Republican of all things, has sent demand letters to 30 financial institutions “demanding they stop foreclosures, evictions and the sale of foreclosed properties until they could provide assurances that they were proceeding legally.”

Well, my office pool had the earliest date for more AGs to jump on the bandwagon started by Connecticut’s Blumenthal last week was October 10th, so there are no winners on that front.  Oh well, better luck next time.

The next pool challenge is to pick the date when President Obama leaves to attend the as-yet-unscheduled emergency Middle East Peace Talks.  Smart money has Friday.  As an alternate challenge, players can choose a date when FDIC Chair Sheila Bair slaps Treasury Secretary Geithner across the face on camera, or when CNN catches Elizabeth Warren doing one of those NFL player touchdown dances while alone in her new office.

The Times also reported that:

“Some of the finger-pointing was also being directed back at Congress. The Ohio secretary of state, Jennifer Brunner, suggested in a telephone interview on Tuesday that a bill passed by Congress last week about notarizations could facilitate foreclosure fraud.”

This is the second time today I’ve heard about this, so I looked it up and what they’re referring to is and what they’re talking about is H.R. 3808, which is on the President’s desk, yay as we speak.  The thing is, I’m not sure the bill is threatening to do what people seem to think.  According to the actual text of the bill, only “lawful notarizations,” would be impacted, assuming he signs it.  Here’s how the bill’s summary reads:

4/27/2010–Passed House without amendment. Interstate Recognition of Notarizations Act of 2010 – Requires each federal and state court to recognize any lawful notarization occurring in or affecting interstate commerce which is made by a notary public licensed or commissioned under the laws of a state other than the state where the court is located. Requires such a notarization to: (1) use a seal of office as symbol of the notary public’s authority; or (2) have the seal information, in the case of an electronic record, securely attached to, or logically associated with, the electronic record so as to render the record tamper-resistant.

Now, maybe I’m missing something here, but the turbo-name-signing going on at our nation’s banks is anything but “lawful,” so I can’t see how this bill applies.  I mean, if it were “lawful,” there wouldn’t be one person signing his name 10,000 times a month, now would there?

The problems that are causing the banks to engage in the mass forging of documents that require live signatures have to do with mortgage assignments, which are the documents the truest needs to foreclose.  Without these documents, it will soon be come clear that these mortgages were never assigned to the trusts, and therefore these trusts have no right to foreclose.

There are cases when the notarizations produced by the banks, who are the trustees for the REMIC trusts, the type of trust used to hold mortgages that are securitized, predate the preparation of the documents themselves.  Other documents were supposedly notarized thousands of miles away from where they were signed, making it extremely difficult for those notaries to have witnessed the signers signing.  I suppose some sort of Star Trek beam-me-up type of technology could be involved.

Still other questions have been asked of foreclosure outsourcing company, Lender Processing Services (LPS), include why the signatures of the same person differ wildly on such documents

Shares of LPS dropped another 5% yesterday, and if you like short selling, I would be calling your broker in the morning because this company was voted “Most Likely to Fall on a Sword” for the banking industry, not that it will be enough to save our nation’s bankers this time.  (Actually, I’m the only one that voted them that, so consult your broker before investing.)

LPS did not return my calls for a comment, nor did I expect them to.  Besides my question, had I been able to reach them would have been: HAHAHAHAHAHAHA.  After which, I’m fairly sure they would have hung up on me.

Of course, all of this commotion is still only affecting the 23 judicial foreclosure states, those states in which you have to prove in court that you own a home before you’re allowed to foreclose on it.  States like California and 26 others, are non-judicial foreclosure states, meaning that the banks don’t have to create any fraudulent documents in order to foreclose, which has save several bank employees from getting carpal tunnel syndrome after signing their name 10,000 times a month.

Of course, in the non-judicial states, the bankers would have us believe, they’ve got the paperwork they’re missing EVERYWHERE ELSE, and all I can say in response to that assertion is of course they do.

Regardless, on September 24th, California’s attorney general, Jerry Brown, who is running for governor in November and therefore didn’t want to be left out of the rush to protect homeowners from illegal foreclosures, asked GMAC to stop foreclosures in California until the country’s fourth largest lender could prove that it was complying with a section of the state’s Civil Code that prohibits banks from foreclosing on a home before making an effort to work with the borrower.

However, it occurs to me, and I’m no legal scholar, that GMAC should be able to get out of that one rather easily.  All the government-owned lender has to do is write Jerry Brown a letter explaining that since they don’t actually have the right to foreclose on homes in the first place, as evidenced by their apparent need for a robo-signer to manufacture and forge documents intended to prove that they do have the right to foreclose, they do not have to comply with that section of the Civil Code.

In other words, why should they have to attempt to work something out with borrowers when they don’t own the homes in the first place?

See… there’s a bright side to everything.