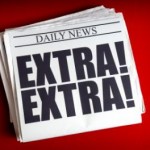 This week, the federal government is said to be announcing a new federal program designed to keep our economy vacillating between deflationary collapse and contrived recovery.  The program, referred to as the Special TARP Underwriting Program to Impede Development, will first tackle the challenge of bringing the government’s most inane economic stability plans together under one larger, yet infinitely more purposeless program banner.

Initial funding for the Special TARP Underwriting Program to Impede Development will come primarily from contributions made on a voluntary basis by the nation’s largest and most insolvent financial institutions, through the sporadic unannounced printing of twenty and fifty dollar bills, and from change found in the couches left behind in foreclosed homes.

“I can’t think of anymore more qualified for this job than Liz,” the Treasury Secretary said while attending a Telethon for the Boatless in Miami Beach, sponsored by the magazine, Unbridled Avarice, and through a grant made by Goldman Sachs.  (In the spirit of full disclosure, Goldman did file papers with the SEC stating that the firm does plan to short that grant in an effort to remain vigilant about it’s risk profile.)

The Special TARP Underwriting Program to Impede Development is known by the acronym, STUPID.  The program is projected to provide assistance to responsible American homeowners who have high credit scores, equity of $200,000 in a second home, and surnames that begin with “Gh” or “Pf,” assuming they did not file a tax return in 1992, and reside primarily in a state that ends in the letter “E”. Qualified homeowners can apply for assistance under the program by calling a toll-free number at HUD; area code 212-GET-STUPID.

Secretary Geithner explained the program to reporters while waiting for his dessert soufflé to rise.  Those in attendance said that he told the group that the program would help homeowners and get the economy back on track by removing the key obstacle to the future profitability of financial institutions.  He also mentioned that the soufflé was dry.

“So, now that you understand what STUPID is, let’s talk about what STUPID does,” Geithner told the group.  “I think you can see why Larry and I feel so strongly that Liz Warren be asked to run the new program.  I think that she, more than anyone else I can think of, is representative of what the program is all about.  I’m hoping that within a very short period of time, the entire country will associate the name Elizabeth Warren with STUPID.  I know Larry and I both do already.”

The good news is that almost all of the HAMP participating servicers have already signed on to participate in the new program, so most homeowners are very likely to find that they have a STUPID Servicer handling their loan.