The American Recovery and Reinvestment Act – Our Tax Dollars at Work 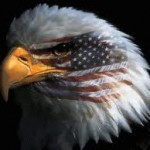 On Feb. 13, 2009, Congress passed the American Recovery and Reinvestment Act of 2009 (ARRA).  President Obama signed it into law four days later as a direct response to the economic crisis.  The ARRA had four immediate goals, according to the government’s site:

Good goals, I would have to say, all of them.  So, how’s it going?  I mean, enquiring minds want to know, right?  I would think so.

So, I figured it was worth a Google search to see what I could find out, and next thing you know… OMG… stop it, stop it, stop it.  My world seems to be one where I continually bang my head against one thing or another.  Ready for this?  The answer is no, you’re not.

Wendy Greuel, who is the City Controller of Los Angeles, told the Huffington Post that an Audit of Federal Stimulus Funds in Los Angeles Shows $111 Million in ARRA Grants Has Only Created 55 Jobs.

You can click and read the article on HuffPo in a minute, but here’s the guts of Wendy had to say:

“I released two very disappointing audits today of how the City of Los Angeles has used American Recovery and Reinvestment Act (ARRA) funds. The audits looked at the how the two departments that have received the largest amount of ARRA funding so far – the Department of Transportation (LADOT) and the Department of Public Works (DPW) – have used those funds and how many jobs were created. Los Angeles has become the largest City in America to conduct an audit of how ARRA funds have been expended.

I’m disappointed that we’ve only created or retained 55 jobs after receiving $111 million in ARRA funds. With our local unemployment rate over 12% we need to do a better job cutting the red tape and putting Angelenos back to work.”

Wendy, I’m a parent.  I don’t know if you are or not, and I’m not going to take the time to look it up.  Here’s what I will say.  If I send my daughter to the store with a $100 bill to buy groceries and she comes home with a pack of gum and no change… well, she doesn’t need to do a “better job” next time.  In fact, she’s got some ‘splainin’ to do and fast, or there won’t be a next time, and she’s about to discover what it’s like to be grounded for a year… except for the weekly outings to the child psychotherapist or drug rehabilitation counselor.

I don’t know, thank God my daughter is perfect and this sort of thing would NEVER happen were she given the task of buying groceries with a $100 bill, but if she did what I describing, you can die believing that there would be hell to pay.

In fact, my daughter is only 15 years old, or at least she will be in about a week, she’s a straight ‘A’ student, and I’d be willing to put her in charge of $111 MILLION for a year… and I can GUARANTEE YOU THAT SHE WOULD NOT BE REPORTING THAT SHE ONLY CREATED 55 JOBS a year later!  Not a chance.  No way.  I’d bet my life on it.

So, how did this happen, Wendy, my dear?  How is such a thing possible?  Did we invest it with Bernie Madoff?  No, he’s been in jail the whole time.  We could have opened lemonade stands throughout the city and created thousands and thousands of jobs, Wendy, has that occurred to you?  And I’m often feeling parched, Wendy, and I personally would love to see a few more lemonade stands around town, how about that Wendy?

So, Wendy… are you and Peter flying off to Never Never Land later tonight, or what?  Is anyone fired, at least?  Why isn’t this all over the news everywhere?  And is LA the only city in the country to be this flagrantly incompetent… or rather criminal in its use of our tax dollars?  How about Chicago?  New York?  Las Vegas?  Baltimore?  Atlanta?

Damn it, Wendy, this isn’t funny.  People are losing their homes because they can’t find jobs.  Lives are being changed forever and not for the better.  And you’re reporting that the City of LA somehow went through $111 MILLION and created just 55 jobs?  And then you make the point that we need to do “better”?  What… better… you mean like NEXT TIME?

Wendy, if there’s a next time, I’m going to throw up on your desk on television.  I’m serious.  I’m going to call Channel 5, let them know what I have in mind, call your office and make up a name… come visit you and vomit all over your desk during our meeting.  And don’t think I can’t pull this off Wendy, you don’t know who I am… I am not without resources or connections inside the City of LA.  I’ll find a way to make it happen, Wendy, I swear to God.

I’m calling your office on Monday… two days from now, and I want to know what the hell is going on in the City of Los Angeles.  You want to know why people have lost faith in government… THIS IS WHY, WENDY!  And you’re part of it, my good woman, you are part of it.  It may not be your fault, but you are a part of the most incompetent or corrupt machine the world has ever seen.

How many homes could we have saved with $111 MILLION, Wendy?  How many people could we have fed… or trained to be able to get a new job one day?  We’re talking about $111 MILLION, damn it.  It’s not pocket change, it’s more damn money than Jed Clampett had on the Beverly Hillbillies, and that may have been the 1960s, but he was RICH!

Who did this, Wendy?  Who allowed this to happen?  Where are the other City Controllers?  What in God’s name is going on in this country?

Wendy Greuel’s  article in HuffPo goes on to defend President Obama and makes a claim that “3.3 million jobs nationwide have been saved or created because of ARRA”.  Horse pucky, Wendy, absolute horse pucky.  I don’t believe you.  I think you’re lying.  Full of beans.  Or at least whoever gave you that garbage number is, because there’s no way it’s anywhere close to true.

Okay, people… here are some links to check out the $275 BILLION we’re giving out in loans, grants, and contracts.  I’m serious… start clicking… you’ve got a few minutes, and don’t worry, there’s no danger of learning anything.

About ARRA – Here’s the page about the Act itself.

You want “TRACK THE MONEY”?  They made us videos, always useful when I want to track money.  Why bother with those cumbersome spreadsheets with all the columns.  So…  click away…  Track the Money.

And here’s what it says on the damn site about jobs:

Here’s the MISSION STATEMENT right off the site:

To promote accountability by coordinating and conducting oversight of Recovery funds to prevent fraud, waste, and abuse and to foster transparency on Recovery spending by providing the public with accurate, user-friendly information.

Who’s in charge of this unbelievable slush fund for incompetent clowns?  Oh, here he is now…

Earl E. Devaney was appointed by President Obama to serve as chairman of the Recovery Board. Twelve Inspectors General from various federal agencies serve with the chairman. The Board issues quarterly and annual reports to the President and Congress and, if necessary, “flash reports” on matters that require immediate attention.  The Board maintains Recovery.gov.

So, I went to see some of the quarterly and annual reports.  The last one was June, 30, 2010.  Click here to see the June 30th report… you can either read th whole report, or if you’re concerned about your health, just read the Chairman’s Message, which starts as follows:

“Much has transpired since our last report on March 15. We have overseen the Quarter 1 and Quarter 2 reporting cycles, working with our oversight partners to ensure recipient reporting com­pliance and developing new strategies to prevent and detect fraud and to keep the Recovery process transparent.

I am pleased to report that significant improvements emerged in the Quarter 1 reporting cycle, which covered the period January 1 through March 31, 2010. Recipients made notably fewer mis­takes, and during the continuous corrections period further refined their submissions through June 14.”

“Members of the Recovery Board continue traveling outside the Beltway to meet with average Americans and state and local officials. We listen closely to the public’s assessment of our per­formance overseeing spending… BLAH, BLAH, BLAH… “

Read that again… “Members are continuing to travel OUTSIDE THE BELTWAY TO MEET WITH AVERAGE AMERICANS?”

Okay, look… goodie for them… I hope they meet some… but that’s enough for me.  You guys who read me all the time… you can’t expect me to write anything more about this, right?  It’s killing me, and my fingers are pounding the keys so hard I’ll likely break my 6 year-old laptop and if that happens it’s over, because there’s no way I can afford to buy another one at the moment… I only know how to use a Mac and we’re talking $1500 to replace it.  Besides, I just can’t…

I’ll leave you with a statement made recently by LA City Councilman, Richard Alarcón. I don’t know the guy from Adam, but he seems to at least be sensing that people are a tad less than happy.

“The anger is palatable and the time for reform is now.  We’ve lost our trust in the banks that took our bailout money, and let hundreds of thousands of homes fall into foreclosure.

We’ve lost our trust in Wall Street, where companies gained enormous profits, betting on the demise of investments.  We’ve lost trust in the rating agencies, when 93% of the sub-prime-mortgage-backed securities issued in 2006 for which they gave AAA ratings are now “junk” status.

The only way that trust is going to be restored is with sweeping reform. That’s why Congress must pass substantive financial reform, so that Americans can begin to believe again. But at the same time, reform – just as powerful – must come from the cities and states. Collectively, our leverage is enormous.”

Like I said, I don’t know the guy, but he’s at least on the right track… maybe I’ll call his office too and see if he’s got a plan, or just a speech.  Or, maybe not… who really cares?  Besides, the media is saying that recovery is upon us and everything is going to be just fine.

Oh, and President Obama… where are you?  At least send in Elizabeth Warren, please?  This has long since become ridiculous.

And as to everyone else… how about we all write in, or call in… or whatever we do to tell our representatives… 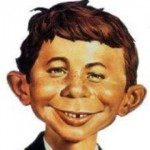