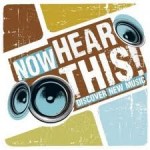 There is a solution to the foreclosure crisis that is destroying our country.Ā  It keeps people in their homes, doesnāt cost taxpayers a dime, and actually makes the banks more money than were they to foreclose on the property.

1. The homeowner applies for a loan modification and is turned down, or just applies for permission to short sell the property.

2. The options are foreclosure or short sale, as the homeowner is at risk of immanent default.

3. An unrelated third party investor organization negotiates the short sale with the lender or servicer, and buys the property at the short sale price.

4. That company also, at that time, agrees to lease the home back to the homeowner for five years at an agreed to price, and with specified terms.

5. At the end of five years the homeowner can exercise their lease option and repurchase the home for a previously agreed to price.

There are other relatively minor details, but that covers the broad strokes.Ā  It keeps the homeowner in the house, doesnāt cost taxpayers a dime, and makes the bank more money than would be the case if sold after foreclosure as an REO.

So, whatās not to love?Ā  Banks win by getting more for the property than would otherwise be the case. Investors win through earning a return that averages 15% on their investment.Ā  Banks win by getting more for the sale of the properties than would result from foreclosure.Ā  Our society, our economy and other homeowners win from a reduced the number of foreclosures.Ā  So, why do Fannie Mae and Freddie Mac both say no.Ā  Neither will approve a short sale under such circumstances.

By the way, Iāve spoken with one of the principals in the company that does just what Iāve described for homeowners all over the country, and theyāre the real deal.Ā  Itās not theory, theyāve done it and itās fact.Ā  Personally, I found Jorge Newbery, one of the companyās principals, to be one of the brightest, most ethical, caring and candid business executives Iāve ever encounteredā¦ and thatās really saying something when you consider that Iāve had more than a couple of decades experience meeting with and speaking with business executives from all over the country and around the world.

So, if youāre anything like me, youāre thinkingā¦ okay, so whatās the problem here?Ā  Who wouldnāt like this?Ā  Why in the world wouldnāt Fannie and Freddie, two totally failed mortgage companies whose stocks are listed over-the-counter, right next to Blockbuster video stores, be opposed to a way for them to make more money than foreclosing, something theyāre doing far too frequently these days anyway?Ā  Youād think theyād like it just for the change of pace, if for no other reason.

Because their opposition to approving short sales when the current owner is going to be renting the house from its new owner, wellā¦ it feels like they want to punish the homeowner for losing the house to foreclosure, but that canāt be the reason, right?Ā  Tell me Iām right about thatā¦ they donāt want to punish the homeowner for anything here, do they?Ā  No, they couldnātā¦ they wouldnātā¦ talk to me industry peopleā¦ whatās going on here.

Because if I found out that it did have something to do with punishing the homeowner who is losing the home, I would likely find myself compelled to write all sorts of unpleasant things about the relative intelligence of whomever the overpaid clown is currently running the two failed GSEs into the ground.Ā  Why, I might even call him names I havenāt even considered yet.Ā  Nah, it couldnāt have anything to do with punishment, right?Ā  I so want to be right about thatā¦ tell me Iām right.

Well, I did place a call to Fannie Mae and to Freddie Mac inquiring about the rationale behind the policy, so letās just go on and weāll all hope for their sake that they say something in response to my inquiries.Ā  If they donāt, then all I can say is that if youāre one of those that felt that I was a little too harsh with the Freddie and Fannie executives when writing about the whole āstrategic-default-is-bad-thing, then you wonāt like what Iām likely to do to them next time, were I to believe that they actually are attempting to punish a homeowner.

Like, hereās one of my questions: I realize that you wonāt approve a short sale in which the homeowner agrees to live in the home after the sale, renting it from its new owner, but what about if the homeowner agrees to sleep in the homeās back yardā¦ and not go inside except to use the facilities?Ā  Would that be okay, or would the same policy apply?Ā  Well readers, whatās your guess?

How about if the old owners park their car in the driveway and sleep in it overnight, but then they leave during the dayā¦ and the new owner doesnāt even own a car, so he agrees to the deal?Ā  Would you approve the short sale then?Ā  You wouldnāt, would you heartless halfwits?Ā  I didnāt think so.

Hereās how AHP figures out the monthly lease payments:

The original homeowner can buy back the house in year one or two for 15% over the short sale sales price.Ā  In year 3 itās 20% over the short sale price, and year four itās 25% and in year five itās 30%.Ā  Throughout the lease the company provides training and education to help ensure that the original homeowner is financially Also they provide counseling to help homeowner be ready to obtain financing by the fifth year, which I think is terrific.

Newbery says that PIMCO, the worldās largest bond holder, has said what AHP does should not present a problem for investors or servicers, but when PIMCO contacted several servicers, they found it to be quite the problem.Ā  I want to know why?

One of the problems could involve establishing the short sale price at which the servicer approves the home to be sold.Ā  Currently, servicers obtain a BPO, which stands for Broker Price Opinion.Ā  Itās sort of an appraisal-lite.Ā  A real estate broker is paid to provide his or her opinion as to the value of the home if sold as a short sale.Ā  One would think that such an opinion would be based on the comparable sales in the neighborhood, but come to find outā¦ itās not always the case.

Apparently, servicers that ask for such BPOs from brokers who do broker price opinions are paid an average $35 – $75 for rendering their opinion as to price of home, BUT many of the servicers provide the brokers with something called BRACKETS within which the servicer wants the BPO to come in.Ā  As inā¦ give us your opinion as to the price of this home as long as it comes in within $60,000 and $80,000.Ā  Yeah, thereās a comp that sold for $40,000 last week, but weāre not interested in that one.Ā  We want an opinion between $60,000 and $80,000.

On the other hand, some servicers actually refer clients to AHP.Ā  Default servicers, in particular, that get the charge-off loans from the larger servicers, mostly on low value homes, such that are found in Michigan and Ohio, although there are some in Arizona, Nevada, and even California and Florida, often do so.Ā  In these highly devalued markes, principal reductions are commonplace, the homes are generally worth less than $100,000, with loans that can be $200,000 and upā¦ and the original servicer has decided that itās just not worth going after anymore.Ā  Clearly, AHP is the best answer for investors in these properties

Newbery says that the problems his company faces are the same as what everyone else is facing today when negotiating with a lender or servicer.Ā  āOur deals take as long as loan modifications.Ā  Weāve had them take 12 months and one or two have taken 18 months.Ā  If the servicer doesnāt approve it the first time, we resubmit and resubmit, and often times they will accept the fifth offer.ā

I think Newberyās company is the real dealā¦ a truly win-win-win operation.Ā  āTransparency means sustainability.Ā  Our program is easy to understand, totally transparent and presents a solid value proposition for everyone involved,ā explains Newbery.

So, letās see what I can find out about this from Fannie and Freddie or other servicers.Ā  Letās see if thereās some reason weāre not embracing this as an answer that makes senseā¦ or if weāre just intent on punishing those that find themselves in financial troubleā¦ you knowā¦ the old fashioned way.

Personally, I think there should be more companies like Newberyās, and I hope the idea catches on.Ā  I know there have been several that have had a similar idea, but I havenāt seen any getting actual deals done like AHP definitely has.Ā  So.., investorsā¦ come onā¦ start your engines and letās get this economy moving in the right direction again, or at least letās stop it from falling through the floor.

For more information, visit AHPHelp.com.Ā  And for the record, I was not paid a nickel for writing this article, nor do I receive anything when you click or decide to do business with this company.Ā  It may have sounded like an infomercial or commercial, but it was nothing of the kind.Ā  I just think whet theyāre doing is great, especially in light of the fact that the government hasnāt the foggiest idea of what to do to change things for the betterā¦ obviously.

If you disagree, Iām open to listening to whatever you have to say.Ā  Either leave a comment or email me at mandelman@mac.com.