Home  »  PROFILES IN BANKING: If Your Mortgage is With Wells Fargo, Watch Out … No Delays Ahead!

PROFILES IN BANKING: If Your Mortgage is With Wells Fargo, Watch Out … No Delays Ahead! 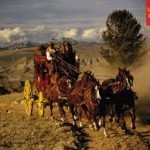 Wells Fargo is apparently a bank in a hurry… on the move… they’re going places.  They’ve been patient enough with us homeowners up until now, putting up with our endless requests for delays, and they’re not going to allow us to delay things any longer.  The email below was sent out last week to people who are attempting to negotiate a short sale with Wells…

If you are receiving this email, I currently am working on your short sale file or have worked on your file in the past few months. PLEASE READ THIS EMAIL IN ITS ENTIRETY AND FORWARD TO ANY PARTIES WHO MAY BE WORKING ON THIS SHORT SALE WITH YOU.

Due to recent industry changes, we at Wells Fargo will no longer be granting any extensions for short sale close dates or postponing foreclosure/trustee sale dates. If you were issued an extension letter dated 9/14 or earlier, those extension letters will be honored, but no further extensions will be granted. Files must close by the expiration date on the original approval letter or they will be removed. If your approval expires 9/15 or 9/16, you will have 48 hours to get me the final HUD for approval and close. In addition, a small number of files whose foreclosure sale date is after the approved close date may qualify for an extension up to the foreclosure date if necessary.

Please let me know if you have any questions,

Well, golly gee… I do have a question or two, thanks for asking.  You won’t mind if I ask them here, will you?  I sure hope not, because this is where I usually ask most of my questions, and since you didn’t specify how I should let you know… well, here goes…

What “recent industry changes” could possibly make it okay to for Wells Fargo to cause more foreclosures at a time like this?  I mean, you guys at Wells do read the papers, don’t you?  We’ve got quite a problem with the whole foreclosure thing going on in this country, is that ‘news’ to you guys at Wells?  I realize that John’s Stumped is your CEO, but he must have heard something by now.

See, the thing is… well, not to put too fine a point on it, but I’m one of the taxpayers who bailed you out and continue to do so, even though were it up to me you’d be broken into bits by now and scattered all over the west.  And you see, I actually think you have a responsibility to this country as a result of your role in helping to destroy its economy.

So, unless the “recent industry changes” you speak of are dictating that Wells Fargo MUST create more foreclosures by implementing yet another offensive and entirely unsupportable policy, I’d say that you should shut the front door… if you get my meaning.

What right do you have as a bank that would not even be here today, were it not for taxpayer largesse, and an insipid legislature, to put some arbitrary policy in place that can lead to nothing but more foreclosures… and foreclosures that might otherwise be prevented?  Who told you this would be okay?  Geithner?  Bair?  Bernanke?  Who?  I want to know.  Did any of my elected representatives know about this?  Because if any of them did know and didn’t say anything, well, all I can think to say is that those pieces of garbage had better start looking for legitimate work.  Damn, I love election years, don’t you?

Moving on… Okay, your memo also says you won’t, going forward, be approving any “foreclosure/trustee sale dates”.  What about the ones that should be postponed?  You know, like the ones where you guys at Wells screwed up and sold a house even though the homeowner was in the middle of applying for a loan modification under HAMP?  How will those be handled going forward?

And you say “you will have 48 hours to get me the final HUD,” and I don’t even know what that means, but what’s magic about the number 48 as related to hours?  Would 50 hours be unacceptable?  How about 72 hours?  If it takes me 72 hours instead of 48 then I lose my house, is that what you’re trying to say?

You obviously don’t understand how this American democracy thing works.  See, it’s supposed to be kind of like a team sort of thing… we’re supposed to all try to work in the best interests of the country, specially when our country is struggling, and like now would be a good example of “struggling”.  Our president has said that he wants banks to try to prevent foreclosures, not create stupid game show type rules under which they can be justified.

“Oh, I’m sorry, you got your HUD in but it took 56 hours so you lose your home. Instead you’ll receive fabulous parting gifts, including a coupon for a free turkey, and two tickets to Regal Theaters… not all show times apply.”

Who on God’s green and blue Earth do you guys at Wells Fargo think you are, anyway? 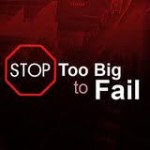 Well, here’s an interesting follow-up story from about six or seven weeks back… good thing I never throw anything away, don’t you think?

Moody’s on Tuesday changed its outlook on Bank of America, Citigroup and Wells Fargo to negative, from stable, citing lessened government support for the institutions under new U.S. regulations.

A negative outlook indicates the banks are more likely to be downgraded over the next 12 to 18 months. The credit ratings agency also said it may cut its ratings on ten regional banks on reduced government support.

Moody’s has boosted its debt and bank deposit ratings on large financial institutions by between 3 and 5 notches since early 2009 on the assumption that they would receive government support in a time of trouble because of the risks they pose to other financial firms and the economy as a whole.

The new financial reform bill, however, is intended “clearly to eliminate government—i.e. taxpayer-support to creditors,” Moody’s said. Some support, however, is likely to remain for large institutions as regulators work to implement new laws, it added.

“Over the next 12 to 24 months … we expect that our support assumptions for systemically important banks will likely revert to pre-crisis, or even lower, levels—though we do not anticipate that we would completely eliminate support from these firms’ senior debt and deposit ratings,” Moody’s said.

I don’t know Wells Fargo… you do whatever you want, but it looks to me like you’re losing friends in Congress and even in the White House.  As are your pals, by the way.  You can just go ahead pissing off thousands of American consumers left and right, if you think that’s what’s right, but I’m betting that in the long run, you’re going to wish you were a little more flexible about the whole “48 hours” thing and the like.

Your call… I’m just thinking out loud over here.  I don’t even have a loan or bank with Wells Fargo, but I can tell you that I never will, as well.  Isn’t that interesting… I wonder if I’m the only person who feels that way.