Home  »  INSIDE CHASE and the Perfect Foreclosure

INSIDE CHASE and the Perfect Foreclosure 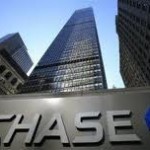 ‚ÄúJPMorgan CHASE is in the foreclosure business, not the modification business‚Äô.‚Äù¬Ý That, according to Jerad Bausch, who until quite recently was an employee of CHASE‚Äôs mortgage servicing division working in the foreclosure department in Rancho Bernardo, California.

I was recently introduced to Jerad and he agreed to an interview.¬Ý (Christmas came early this year.)¬Ý His answers to my questions provided me with a window into how servicers think and operate.¬Ý And some of the things he said confirmed my fears about mortgage servicers‚Ä¶ their interests and ours are anything but aligned.

Today, Jerad Bausch is 25 years old, but with a wife and two young children, he communicates like someone ten years older.¬Ý He had been selling cars for about three and a half years and was just 22 years old when he applied for a job at JPMorgan CHASE.¬Ý He ended up working in the mega-bank‚Äôs mortgage servicing area‚Ä¶ the foreclosure department, to be precise.¬Ý He had absolutely no prior experience with mortgages or in real estate, but then‚Ä¶ why would that be important?

‚ÄúThe car business is great in terms of bring home a good size paycheck, but to make the money you have to work all the time, 60-70 hours a week.¬Ý When our second child arrived, that schedule just wasn‚Äôt going to work.¬Ý I thought CHASE would be kind of a cushy office job that would offer some stability,‚Äù Jerad explained. 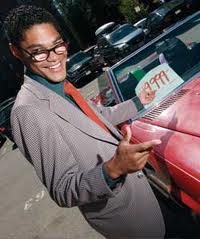 That didn‚Äôt exactly turn out to be the case.¬Ý Eighteen months after CHASE hired Jared, with numerous investors having filed for bankruptcy protection as a result of the housing meltdown, he was laid off.¬Ý The ‚Äúinvestors‚Äù in this case are the entities that own the loans that Chase services.¬Ý When an investor files bankruptcy the loan files go to CHASE‚ÄôS bankruptcy department, presumably to be liquidated by the trustee in order to satisfy the claims of creditors.

The interview process included a ‚Äúpanel‚Äù of CHASE executives asking Jared a variety of questions primarily in two areas.¬Ý They asked if he was the type of person that could handle working with people that were emotional and in foreclosure, and if his computer skills were up to snuff.¬Ý They asked him nothing about real estate or mortgages, or car sales for that matter.

The training program at CHASE turned out to be almost exclusively about the critical importance of documenting the files that he would be pushing through the foreclosure process and ultimately to the REO department, where they would be put back on the market and hopefully sold.¬Ý Documenting the files with everything that transpired was the single most important aspect of Jared‚Äôs job at CHASE, in fact, it was what his bonus was based on, along with the pace at which the foreclosures he processed were completed.

‚ÄúA perfect foreclosure was supposed to take 120 days,‚Äù Jared explains, ‚Äúand the closer you came to that benchmark, the better your numbers looked and higher your bonus would be.‚Äù

CHASE started Jared at an annual salary of $30,000, but he very quickly became a ‚ÄúTier One‚Äù employee, so he earned a monthly bonus of $1,000 because he documented everything accurately and because he always processed foreclosures at as close to a ‚Äúperfect‚Äù pace as possible.

‚ÄúBonuses were based on accurate and complete documentation, and on how quickly you were able to foreclosure on someone,‚Äù Jerad says.¬Ý ‚ÄúThey rate you as Tier One, Two or Three‚Ä¶ and if you‚Äôre Tier One, which is the top tier, then you‚Äôd get a thousand dollars a month bonus.¬Ý So, from $30,000 you went to $42,000.¬Ý Of course, if your documentation was off, or you took too long to foreclose, you wouldn‚Äôt get the bonus.‚Äù

Day-to-day, Jerad‚Äôs job was primarily to contact paralegals at the law firms used by CHASE to file foreclosures, publish sale dates, and myriad other tasks required to effectuate a foreclosure in a given state.

‚ÄúIt was our responsibility to stay on top of and when necessary push the lawyers to make sure things done in a timely fashion, so that foreclosures would move along in compliance with Fannie‚Äôs guidelines,‚Äù Jerad explained.¬Ý ‚ÄúAnd we documented what went on with each file so that if the investor came in to audit the files, everything would be accurate in terms of what had transpired and in what time frame.¬Ý It was all about being able to show that foreclosures were being processed as efficiently as possible.‚Äù 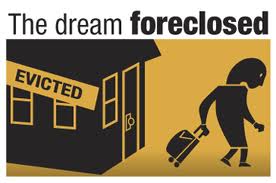 When a homeowner applies for a loan modification, Jerad would receive an email from the modification team telling him to put a file on hold awaiting decision on modification.¬Ý This wouldn‚Äôt count against his bonus, because Fannie Mae guidelines allow for modifications to be considered, but investors would see what was done as related to the modification, so everything had to be thoroughly documented.

‚ÄúSeemed like more than 95% of the time, the instruction came back ‚Äòproceed with foreclosure,‚Äô according to Jerad.¬Ý ‚ÄúFiles would be on hold pending modification, but still accruing fees and interest.¬Ý Any time a servicer does anything to a file, they‚Äôre charging people for it,‚Äù Jerad says.

I was fascinated to learn that investors do actually visit servicers and audit files to make sure things are being handled properly and homes are being foreclosed on efficiently, or modified, should that be in their best interest.¬Ý As Jerad explained, ‚ÄúInvestors know that Polling & Servicing Agreements (‚ÄúPSAs‚Äù) don‚Äôt protect them, they protect servicers, so they want to come in and audit files themselves.‚Äù

Jerad went on to say: ‚ÄúOur attitude at CHASE was to process everything as quickly as possible, so we can foreclose and take the house to sale.¬Ý That‚Äôs how we made our money.‚Äù

‚ÄúServicers want to show investors that they did their due diligence on a loan modification, but that in the end they just couldn‚Äôt find a way to modify.¬Ý The whole focus is to foreclose, not to modify.¬Ý They put the borrower through every hoop and obstacle they can, so that when something fails to get done on time, or whatever, they can deny it and proceed with the foreclosure.¬Ý Like, ‚ÄòHey we tried, but the borrower didn‚Äôt get this one document in on time.‚Äô¬Ý That sure is what it seemed like to me, anyway.‚Äù

According to Jerad, JPMorgan CHASE in Rancho Bernardo, services foreclosures in all 50 states.¬Ý During the 18 months that he worked there, his foreclosure department of 15 people would receive 30-40 borrower files a day just from California, so each person would get two to three foreclosure a day to process just from California alone.¬Ý He also said that in Rancho Bernardo, there were no more than 5-7 people in the loan modification department, but in loss mitigation there were 30 people who processed forbearances, short sales, and other alternatives to foreclosure.¬Ý The REO department was made up of fewer than five people. 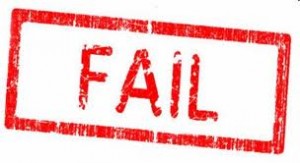 Jerad often took a smoke break with some of the guys handing loan modifications.¬Ý ‚ÄúThey were always complaining that their supervisors weren‚Äôt approving modifications,‚Äù Jerad said.¬Ý ‚ÄúThere was always something else they wanted that prevented the modification from being approved.¬Ý They got their bonus based on modifying loans, along with accurate documentation just like us, but it seemed like the supervisors got penalized for modifying loans, because they were all about finding a way to turn them down.‚Äù

Well, now‚Ä¶ that certainly was satisfying for me.¬Ý¬Ý Was it good for you too? I mean, since, as a taxpayer who bailed out CHASE and so many others, to know that they couldn‚Äôt care less about what it says in the HAMP guidelines, or what the President of the United States has said, or about our nation‚Äôs economy, or our communities‚Ä¶ ‚Ä¶ or‚Ä¶ well, about anything but ‚Äúthe perfect foreclosure,‚Äù I feel like I‚Äôve been royally screwed, so it seemed like the appropriate question to ask.

Now I understand why servicers want foreclosures.¬Ý It‚Äôs the extra fees they can charge either the borrower or the investor related to foreclosure‚Ä¶ it‚Äôs sort of license to steal, isn‚Äôt it?¬Ý I mean, no one questions those fees and charges, so I‚Äôm sure they‚Äôre not designed to be low margin fees and charges.¬Ý They‚Äôre certainly not subject to the forces of competition.¬Ý I wonder if they‚Äôre even regulated in any way‚Ä¶ in fact, I‚Äôd bet they‚Äôre not.

And I also now understand why so many times it seems like they‚Äôre trying to come up with a reason to NOT modify, as opposed to modify and therefore stop a foreclosure. In fact, many of the modifications I‚Äôve heard from homeowners about have requirements that sound like they‚Äôre straight off of ‚ÄúThe Amazing Race‚Äù reality television show.

‚ÄúYou have exactly 11 hours to sign this form and have it notarized.¬Ý Then deliver three copies of the document by hand to one of three address in your home city.¬Ý The catch is you can‚Äôt drive, take a cab or ride a bus to get there‚Ä¶ you must arrive by elephant.¬Ý When you arrive at your destination a small Asian man wearing one red shoe will give you your next clue.¬Ý You have exactly $1.95 to complete this leg of THE AMAZING CHASE!‚Äù 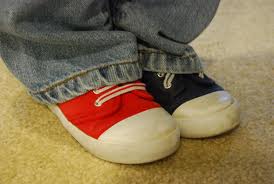 It was all making sense to me now.¬Ý They weren‚Äôt trying to figure out how to modify a loan, they were trying to find a reason to foreclose.

But, although I‚Äôm just learning how all this works, Treasury Secretary Geithner had to have known in advance what would go on inside a mortgage servicer.¬Ý And so must FDIC Chair Sheila Bair have known.¬Ý And so must a whole lot of others in Washington D.C. too, right?¬Ý After all, Jerad is a bright young man, to be sure, but if he came to understand how things worked inside a servicver in just 18 months, then I have to believe that many thousands of others know these things as well.

So, why do so many of our elected representatives continue to stand around looking surprised and even dumbfounded at HAMP not working as it was supposed to‚Ä¶ as the president said it would?

Oh, wait a minute‚Ä¶ that‚Äôs right‚Ä¶ they don‚Äôt actually do that, do they?¬Ý In fact, our elected representatives don‚Äôt look surprised at all, come to think of it.¬Ý They‚Äôre not surprised because they knew about the problems.¬Ý It‚Äôs not often ‚Äúin the news,‚Äù because it‚Äôs not ‚Äúnews‚Äù to them.

I think I’ve uncovered something, but really they already know, and they‚Äôre just having a little laugh at our collective expense‚Ä¶ is that about right?¬Ý Is this funny to someone in Washington, or anyone anywhere for that matter?

Well, at least we found out before the elections in November.¬Ý There‚Äôs still time to send more than a few incumbents home for at least the next couple of years.

Someone needs to be punished for this. 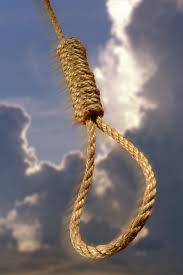