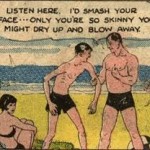 Well, good boys and girls, because you will in just a minute.

Let’s start here: The federal government requires banks participating in HAMP not to foreclose on homeowners while they’re being considered for a loan modification.

Now, why that would even need to be a rule is beyond me.  What’s next?  How about this one: A new law prohibits car mechanics from selling someone’s car while they’re repairing it.  Whatever.

Banks, however, could give a rat’s petute about what the federal government wants them to do because the rule is voluntary and has no enforcement mechanism.  A voluntary rule with no enforcement mechanism?  Wow.  I don’t think I can remember seeing one of those before.  Actually, it makes total sense that there’d be no enforcement mechanism… since it’s a voluntary rule.  See, I’m starting to think like them.
Well, apparently banks aren’t much for volunteering, so they foreclose on homeowners while they’re being considered for a loan modification all the time.  Hell, half the time they sell someone’s house while considering them for a loan modification, so comparatively just foreclosing should seem like a day at the beach.  It’s one of those basically unsolvable problems servicers are having an impossible time fixing: selling homes while under consideration for a loan modification.  It’s like losing file folders full of paperwork over and over again.  Oh, dear me.  What to do, what to do?

And that seems like… if your car dealership blew up your car while they were repairing it… and then claimed it was a mistake.  Oh, my.  Did we do that again?  Sir, I’m so sorry… I had no idea… Larry… damn it… it was a break job.  You threw your cigarette into the gas tank again, didn’t you?  Look, we’ve talked about this before… Sir, I’m sorry, it looks like you’ll have to buy a new one.

So, California Senator Mark Leno came up with SB 1275, a bill that would have required lenders to provide homeowners with a fully considered loan modification decision prior to foreclosing.  And guess what else… it also would have given homeowners the right to sue their lenders if the bill’s process wasn’t followed.

It was looking good for a while. The California Senate and three Assembly committees approved SB 1275.  Yeah, baby.  It’s all downhill from here, right?  Well sort of…

I wrote an article about the bill some months ago and said, among other things, the following:

The Center for Responsible Lending issued the following statement:

“The confusion and errors that cost Californians their homes, are devastating to the state’s housing market, but are avoidable and we need this measure to stop further deterioration of the California housing market.”

And in New York this year, the legislature approved a new law that gives the state attorney general permission to sue lenders for repeatedly failing to consider loan modifications in a timely manner and for foreclosing during the modification process.

So we can do this, right?  After all, we’re practically ground zero for the foreclosure crisis, right?  Please tell me I’m right… someone… anyone? 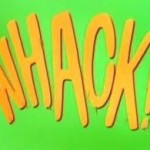 No, I’m wrong.  Even though the bill was supported by EVERYONE but the banking lobby, it was rejected 36-30 in the Assembly.  Even after it was approved by the state Senate and three Assembly committees.  This time… no… but thank you for playing.

All of the Republicans voted against it, but that’s no surprise… they’re supposed to be in Wall Street’s pocket.  All Assembly members who voted yes were Democrats, the other white meat… and NINE DEMOCRATS, all of whom were obviously threatened… I mean lobbied… by bankers, also voted no.  Nice job, you spineless, worthless, glad-handing, sycophants.  Way to throw your constituents under the bus.

Senator Mark Leno, D-San Francisco, told the San Francisco Examiner that he would continue to pursue a solution to the state’s mortgage crisis in the new legislative session, which will begin in January.

“We think we had a very wise compromise (in the bill), unless your philosophy is that the lenders should not be held accountable and not have repercussions for their actions,” Leno said.

Well, now that you mention it that does have a certain ring to it.  Not held accountable and no repercussions… where have I heard that before?  Hmmm… I swear I was just reading something that sounded a lot like that… what was it?

Oh yeah… I remember… voluntary and no enforcement mechanism!  That’s it!  No accountability and no repercussions.  I’m starting to feel a song coming on…

Seems to me I’ve heard that song before… Click it, and sing along…