NOTE: This article ran for about 11 hours without the qualifier “NEW” in the headline.  The Website, Global Economic Analysis, which published the answer to the headline question was not clear as to this distinction, and Hat Tip to reader John Cannon, for correcting it.  However, my points in the article, including those based on data from Fannie Mae, remain the unchanged. 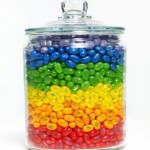 Guess how many.  Come on, this will be fun.

The media, and it would seem the government, are somehow surprised that the real estate market is not at all well.  They apparently had thought that things were on the upswing, although why they thought that way, I cannot even imagine.  Perhaps they posses marijuana of such exceptional quality that it alters their reality to such a degree that they actually believe they are living in a place where business is great, life is wonderful and people are terrific.  The Big Rock Candy Mountain, perhaps?

Well, it must just be that I don’t live in the same country they do.  My house in Southern California has gone from being appraised at $925,000 to being eight doors down from an REO recently sold for $360,000.  When I first heard the news of that sales price I grabbed my chest as said, “Wow, did you feel that?  I was like being an elevator that went down real fast.”

We bought our home in 1990 for $340,000, so I shouldn’t be too upset if it’s now going to be worth $360,000 because that means we’ve made a $20,000 profit.  You may not think that’s a whole lot, but I’m pretty sure that it’s more than I’ve made netted from the stock market in the last twenty years.  I’m not sure about that, but I’m not going to check it by doing the math… because I do not want to know.  Besides I stopped opening the statements that come from Merrill Lynch every month like two years ago, and I’m certainly not going to start opening them up again now.  Probably just send me over the edge.

So, you want to take a guess at how many new homes over $750,000 sold in this country in June and July?  Do you have your guess in mind?  Need a little more time to think about it?  Well, okay… I’ll come back and ask you again in a few minutes.

The biggest question I have about the real estate market is… why are we all pretending that there’s a real estate market at all.  There’s no real estate market in this country, hasn’t been one since July 10, 2007, when the Wall Street banks destroyed then bond market.  July 10, 2007 was the day that Standard and Poors and Moody’s downgraded about a thousand bond issues that were backed by sub-prime mortgages, and investors like pension plans dumped the bonds the next day, along with any others that they feared might be downgraded soon. 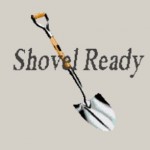 So, last year, the Federal Reserve stepped up and said it would be purchasing $1.5 trillion in mortgage-backed securities, and I said… well, cool.  I don’t know if it’s the right thing to do, but it does seem better than not doing anything, which is what we’re all used to seeing them do.  It’s not that they don’t so anything, mind you, it’s just that we don’t get to see much of what they do.  I’m sure it’s all above board though… I just don’t know why people don’t trust the Federal Reserve.

The point is that without any investors buying mortgage-backed securities, there’s really not much in the way of mortgages available.  There’s Fannie Mae and Freddie Mac… and FHA, of course. They’re all bankrupt, but the government is funding them on an unlimited basis.  Yes, the government’s bankrupt too, I realize, but that doesn’t stop them from essentially unrestricted spending on things like mortgages or loans for the unemployed.

For the skeptics out there, you can click on the link just above, ot read the folloiwing paragraph taken from Fannie Mae’s  own reporting:

Just how many people do you suppose there are with credit scores of 760 and 30% down payments?  Hmmm… let’s see… minus, 212… plus 11… carry the 3, and… I have no idea but I’m here to say there aren’t that many.  And how many are there that want to buy a house right now, is an even better question.  I mean… many of the people who bought last year… when it was the BEST TIME TO BUY, according to the National Association of Realtors and other disingenuous cheerleaders for he housing market are probably getting pretty close to being underwater by now, or they will be by the end of this calendar year.

So, when the Fed stopped buying mortgage-backed securities in April, didn’t anyone realize that it would make loans pretty darn scarce this year?  I guess not.  I even called around to various “experts” and couldn’t get an answer to the question of where the loans would be coming from… and I asked real experts.

I’m sorry to have to say this, but I’ve come to understand that the numbers that come out of the real estate industry are complete fabrications in many instances.  They certainly were after the bubble popped so I don’t know its take so long for me to come right out and say it… the numbers are often and largely lies.

You might remember my article last month in which I pointed out that, which the press was looking for something positive to report, new home sales in June were the worst June numbers ever.  And that was after May sales were the worst May ever.  And by “ever” I mean since 1963 when they started keeping track… that’s 40+ years ago, if I have my math right.  So, why July sales were even worse, why did everyone act surprised?

Here’s a consolidated statement form what the Washington Post reported:

“… new homes sold in July plummeted 32.4 percent from a year earlier. That’s the lowest level since 1963 and far worse than what analysts expected.  Sales were down 27.2 percent from June, the largest monthly drop since 1968.”

Which analysts were surprised?  I want to know.  I need names.

Then the Post explained that some industry experts, blame the numbers on the expired tax credits, that expired in April, by the way, and have only been extended for deals already in the works.  And whoever it is that thinks that’s the case is absolutely either an idiot or on crack.

But many economists say the reports show that the weakness in the real estate market cannot be explained solely by the skewed sales generated by the tax-credit program. Deep-rooted fears about the job market and the direction of the broader economy may now be making prospective home buyers more reluctant to pull the trigger on a major purchase.

“There’s clearly something more at play here,” said Mark Vitner, a senior economist at Wells Fargo Securities. “The economy is backsliding a little bit. . . . It seems clear that consumers are holding back on committing to major purchases, such as buying a home.”

See what I mean?  What is going on?  Does Wells Fargo think people are stupid?  “There’s clearly something more at play here?”  Is that what Wells Fargo’s trained monkey had to say?  I’ll say there’s something going on here… the bank that provides him with bananas won’t stop foreclosing on people’s homes after jerking them around for a year or so.  Now he’s studying what’s holding consumers back?

Hey Marky… over here… you nefarious boob.  I’ll fill you in on what’s holding people back.

Well, let’s see… first there’s the people who don’t believe a word you say, and then there’s the rest… and they hate you for other rock solid reasons.  Wells Fargo Bank has already made so many enemies that if you parked that stagecoach on the street, someone would strip it by morning for sure. I can’t believe you still have depositors.  Backsliding a little bit?  Is that what you think, you economist, you?

Marky… the economy is in a deflationary spiral, that was temporarily abated by outrageous amounts of nonproductive government spending, which went mostly into banks… while the foreclosure crisis was allowed to continue… and all because of banks like yours!  That’s right you pompous pudgy putz… how much was your bonus last year?

You know what, Mr. Vitner… you and others like you are the problem.  You lie constantly, confuse people, and cause them to make bad decisions… and you clearly don’t care, which is the worst aspect of your personality of all.  Your bank is one of the worst offenders, and if there’s a God, and I do believe there is, then FASB will soon require your bank to bring the hundreds of billions of off-balance sheet garbage it owns onto its balance sheet.   Then you’ll be out of work and the worthless, poorly run, crock-of-crap bank you work for will be in receivership as well.

Okay, I can’t even bring myself to say anything more to that guy.  The point is, we’re in the same deflationary spiral that started July 10, 2010.  The only double dip around here is Marky.

There’s only one more thing I want to say about the real estate non-market.  If you’re already at risk of foreclosure, you already know what I’m about to say, but if you’re not then listen up…

You’re going down with the rest of us on this sinking ship.  We can’t fix the problem because you still haven’t figured out that it wasn’t the borrowers who caused this nightmare, and while you’re against helping homeowners in trouble, you’re driving around looking to steal a foreclosure because you’re a greedy piece of garbage.  Keep it up, Mr. and Mrs. Real Estate Market.  You’re on your way to becoming the next wave of foreclosures, and we’ll see you in the soup lines soon enough.

So, do you know the answer?  How many NEW homes sold over $750,000 in June and July nationwide?  Michael “Mish” Shedlock of Global Economic Analysis does, and I love him for knowing:

None.  That’s right boys and girls… none.  Nary a one.

Ooooh boy… things are really looking up, aren’t they?  I say we keep the foreclosure crisis going as long as possible.  It’s working out fabulously… just frigging fabulously.  Anyone want to venture a guess now as to what August home sales numbers are going to look like? 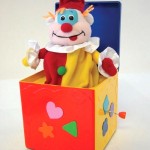