Home  »  Bringing Up the Rear: Me, Martin Andelman

Bringing Up the Rear: Me, Martin Andelman 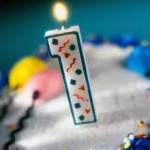 Bringing Up the Rear: Starring This Month’s Rear… Me, Martin Andelman

You know, I’ve spent a lot of time this past year darn near speechless at what’s been happening in this country.  I don’t know whether you’ve realized it or not, but we’ve blown right through whatever tipping point there was, and we are going down where we’ll stay for some time.  In fact, the next time this country feels anything like what I’ve seen over the last 30 years could very well be after I’m gone… and I just turned 49 years old.

All the stupid talk about “double dips” was starting to get to me anyway.  Does anyone actually buy any of that garbage?  Like the recession ended sometime this past year, but I’m just not able to tell, is that what I’m supposed to believe Professor Bernanke?  Yeah, it’s weird because I had no trouble discerning when it started.  You guys inside the Beltway may be so insulated that you need to check with your mega-computer to figure out such things, but me… no problem.  So in case of a power failure, feel free.  I’m here for you.

The thing is, I’ve had some time to really think about this meltdown and I’ve got to say… this one has made me a lot smarter.  All I learned from the last bubble popping was not to buy a stock with a 400 P/E whose business model involves shipping 50 pounds of kibble across the country overnight for free.  Not all that handy for anything I’ve seen since, so it’s not exactly knowledge I expect to put to work anytime soon. 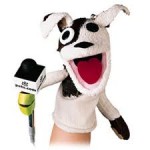 And the bubble before that?  I believe the key learning there involved not banking at an S&L owned by Charlie Keating.  Oh, and something about Michael Milken, but he’s sort of like eating eggs every morning for breakfast… I can never remember for sure whether he’s good or bad for me.

Ah, but this bubble, my friends… this bubble’s an educational marvel.  And, just like emotional baggage, it’s the gift that keeps on giving.  I’ve always thought that there were only two things in life that led to real learning: age and pain.  Everything else is forgotten a week after you take the test.  But, this meltdown… it’s one of the true wonders of the world… this one has it all.

It’s a credit crisis, a global financial crisis, a foreclosure crisis, an economic catastrophe, the total destruction of the secondary mortgage market, the end of pension plan investing and Wall Street’s investment banks, and an ongoing example of why derivatives should be regulated until they’re no fun to play with anymore. 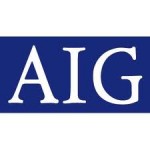 This bubble’s got its own lexicon… like tranches… something that should be served at brunch; “did you get the tranches, try the sauce.”  And the bottom tranche, called the “mez,” which sounds so much more valuable once you re-securitize it into yet another triple A rated bond.  Then there’s CDOs and CDOs squared, CDSs, and counter-parties where there’s no counter, and the only person thinking ‘party’ is the banker picking up his check from Treasury when the music stopped.

This bubble’s got securitized trusts that were supposed to taste great with mortgages inside, but instead are much less filling without.  And let’s not forget the certificate holders that basically are the “investors” that get blamed when Chase doesn’t feel like modifying a loan.

Yep, this deepening recession is a teaching machine, let me tell you.  And, do you want to know what I learned more than anything else?

That I’m a real idiot, that’s what.

And that I have been one for something like the last 30 years.

I was thinking about the 1970s the other day.  A kinder and gentler time.  Union strikes, dirty politicians, inflation, stagflation, 18% interest rates, the gas crisis, disco music, the hostage crisis… you know… the good old days.  I was remembering my family, while I was growing up, when we used to go on vacation.  Before leaving town, my father would walk down to the bank to buy traveler’s checks.  Then every day or two on our vacation, when he needed cash, he’d cash a traveler’s check. 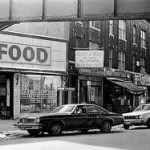 I remember our family car back then too.  Dad would read Consumer Reports for maybe a year… finally buy one and then drive it until it had rusted out and needed to be towed away from the front of our house… then he’d repeat the process and buy another.  I remember one year he was debating whether to get our new car with an AM and FM radio, or whether AM alone was really enough.  Hey, it was important, every option cost money.  And then there was filling up with gas at Esso.  He’d pay for it with his Esso card, a “charge card” with a bill you paid at the end of every month.

We had some wonderful family vacations in the 70s, back before our family took all the fun out of dysfunction, as families so often do.  The thing is, there’s one component I don’t recall being in the mix… Gold Visa Cards, car payments, or stupid frivolous spending on absolutely nothing.

Since then, however, look what the guys on Wall Street have done to improve our lives.  It’s not bad enough that they’ve run non-stop ads my entire adult life to convince me that I should be investing with Paine, Merrill, Smith or Barney.  It wasn’t enough to sweep up my portfolio’s losses every seven years like locusts.  No, they also had to come at me with a more subtle, even hypnotic message: Debt is good, my boy.  No, it’s better than good… it’s the coolest thing going.  You want as much debt as we’ll give you.

Debt is how you let the world know you’ve arrived.  Debt comes in precious gems and shiny metals.  Hi, I’m a gold debtor… no look at me… I’m a platinum debtor.  Maybe you’d like to be a sapphire debtor?  Just think how good you’ll look and feel when you show the world that you’re a sapphire debtor.

Yes, Wall Street’s finest hired the guys from Mad Men, and worked us over pretty good.  They actually convinced me that these plastic cards of gold and platinum were status symbols.  Pulled out my American Express Platinum card, because membership had its privileges.  I paid $300 a year to carry that stupid grey colored piece of plastic around, and I think the only privilege I ever got was a late check out from a hotel on Sunday that I’m sure could have been had by anyone who asked.

Wall Street has been selling us on how cool and good looking being a debtor really was, because they were making a fortune on that debt, securitizing it, and packing it up to be shipped to investors all over the world.  And they sure got me; I think for a while there in my early thirties, I can remember charging a new wallet just so I could sit atop an entire deck of VISA and MasterCard playing cards, and I’ve got the back problems to prove it.

What’s the difference between those ads that make debtors look so successful, and cigarette ads that show beautiful people smoking their way to the beauty of lung cancer and heart disease?  We got rid of those ads pretty darn quick, didn’t we?  I wonder which actually kills more Americans each year: smoking cigarettes or the mountains of debt under which we’re constantly told we should bury ourselves.

And I remember now, that look on my father’s face.  He must have been wondering why in the world his son would choose to walk around showing the world what a debtor he really was, when in his day, that was something of which people were ashamed.  Yeah, that must have looked pretty darn weird all right.

Yes, there’s no question that this recession is going to be around for quite a while.  But you know why, right?  Because we’re not going to borrow our way to feeling prosperous again.

We’ve fallen for three bubbles in my lifetime and I for one am not going down for a fourth.  Next time I’m going to be asking about the price of the car I’m buying because I’ll be paying cash, and before I go on vacation, I’ll be stopping to pick up some traveler’s checks… or using my debit card, I suppose.  Unless fees for those get too high as well, in which case I’ll just carry cash, thank you very much.

I know what you’re thinking… carrying cash is dangerous… you might get robbed.  Really?  Well, at 49 years old, I’ve never been robbed of my cash by a street thug, but I’ve sure as heck been robbed every single day that I’ve carried around those credit cards that were supposed to keep me so much safer.

That’s what happens when our government encourages Wall Street to run ads 24/7 everywhere we turn telling us how wonderful life as a debtor can be.  As long as you don’t smoke, of course.

Yes, no question about it… this time around there’s been a whole lot of learning going on over here in Mandelman-land.  I’ve learned what a jackass I’ve been all these years… and that you were right, Dad.

I guess what they say is true… it costs money to go to school. 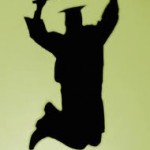