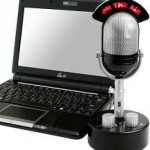 My goodness, I’ve been doing quite a few radio programs lately, have you noticed? ┬ĀI really like doing the radio show thing, it’s a lot easier than writing long, in-depth articles… LOL… just kidding… sort of. ┬ĀAnyway, this is a link to me on Danny Schechter the News Dissector’s show, which is out of New York. ┬ĀWe’re talking about the economy and the foreclosure crisis, what else?

Here’s a link to the show:

Mandelman on the News Dissector, with Danny Schechter

Danny Schechter produced and directed the movie, PLUNDER, and I like the movie so much that I suggested that others watch it and even hold “Plunder Parties” so that people across the country would start to realize who caused the economic catastrophe we’re going to be living with for the next way-too-many years. ┬ĀHere’s a link to that, in case you missed it:

Have a Plunder Party and Help Change Our World

I’m not kidding when I say, “help change our world,” by the way. ┬ĀThe only way we’re going to change things in this country (short of waiting for them to change on their own which will happen eventually, but at 49 years old, it won’t matter to me by then) is for the people to speak out and demand balance… in other words, tell our elected representatives that the banks aren’t the only important members of our society… and the only way the people will speak out is if they realize that what’s happened is not their fault.

Until they (read: you) understand that its not the borrowers, it’s the banks that caused our national meltdown… they’ll (read: you’ll) remain ashamed and unable to speak out. ┬ĀSo, watch Plunder… seriously… buy it and watch it. ┬ĀIt’s like $16.99… and ┬Āyou can throw $16.99 at something this important.

Anyway… all this radio show practice is going to come in handy… because soon I might just be doing a radio show of my own. ┬ĀAnd maybe even some Podcasting… I’m so techie, after all.