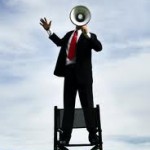 I’ve been waiting for this day for almost a year.  The day I could stop beating around the bush and come right out and talk about the “secret” NPV and loan modifications.  Because I’ve known about the “secret” since last summer, and I wanted to go public then, but I was afraid the Treasury Department would take me away in a black Suburban, so I shut my mouth and got the REST Report platform ready.

I figured that if I couldn’t come right out and tell people everything, I’d just hint at things here and there and hope that others would read between the lines and run REST Reports when applying for loan modifications.

And it worked to some degree, about 600 homeowners ran reports and used them with their applications for loan modification, but that’s nowhere near enough… everyone in the country that needs to get their loan modified should be using the REST Report… and I think it’s now safe to tell everyone why, because it works and homeowners need to know, so they can have a real shot at saving their home through a loan modification.

Because, and I can now say this loud and clear… all the other “analysis reports” out there are nothing more than pretty software… they do nothing but format your information.  Like freehampreport.com, for example… garbage.  It uses Zillow for your home’s value, which is ridiculous, doesn’t forecast future value, and doesn’t even incorporate the home value variables into the NPV analytic.  Worthless.  It costs nothing and that’s precisely what it’s worth.

You see, when the President signed the financial reform bill a couple of days ago, he signed into law two provisions that were likely overlooked by most… provisions that require Treasury to significantly increase the transparency of its loan modification program.

One provision requires Treasury to disclose the “secret” NPV formula that’s been causing all sorts of problems for the last year.  Here’s what it says in the bill:

(a) Net Present Value Input Data – The Secretary of the Treasury (in this section referred to as the ‘Secretary’) shall revise the supplemental directives and other guidelines for the Home Affordable Modification Program of the Making Home Affordable initiative of the Secretary of the Treasury, authorized under the Emergency Economic Stabilization Act of 2008 (Public Law 110-343), to require each mortgage servicer participating in such program to provide each borrower under a mortgage whose request for a mortgage modification under the Program is denied with all borrower-related and mortgage-related input data used in any net present value (NPV) analyses performed in connection with the subject mortgage. Such input data shall be provided to the borrower at the time of such denial.

But that’s not all… the bill also requires the Treasury to make available online an NPV Calculator so that homeowners can see whether they pass the NPV before they go through the headache of applying for a loan modification.  Here’s what it says about the online calculator in the bill:

(1) NPV CALCULATOR – In carrying out the Home Affordable Modification Program, the Secretary shall establish and maintain a site on the World Wide Web that provides a calculator for net present value analyses of a mortgage, based on the Secretary’s methodology for calculating such value, that mortgagors can use to enter information regarding their own mortgages and that provides a determination after entering such information regarding a mortgage of whether such mortgage would be accepted or rejected for modification under the Program, using such methodology.

And, because in some instances, servicers are permitted to use their own version of the NPV formula in conjunction with a HAMP loan modification, here’s what it says about that:

(2) DISCLOSURE – Such Web site shall also prominently disclose that each mortgage servicer participating in such Program may use a method for calculating net present value of a mortgage that is different than the method used by such calculator.

It also says that Treasury must make available a Website on which homeowners can apply for a loan modification online, but I have to tell you I DO NOT RECOMMEND HOMEOWNERS DO THIS and I will tell you why below. Here’s what it says about that:

(3) APPLICATION – The Secretary shall make a reasonable effort to include on such World Wide Web site a method for homeowners to apply for a mortgage modification under the Home Affordable Modification Program.

(c) Public Availability of NPV Methodology, Computer Model, and Variables – The Secretary shall make publicly available, including by posting on a World Wide Web site of the Secretary.

(1) The Secretary’s methodology and computer model, including all formulae used in such computer model, used for calculating net present value of a mortgage that is used by the calculator established pursuant to subsection (b); and

(2) all non-proprietary variables used in such net present value analysis.

First of all, do you see the catch-word in that last sentence?  All “NON-PROPRIETARY VARIABLES USED?”  That’s a lot different than “ALL VARIABLES.”  I know the difference between the two… the proprietary and the non-proprietary, so before you listen to someone who says they know what they’re doing, ask them to tell you what the difference is.  (When they can’t you can contact me, or one of the resellers of the REST Report.)

Homeowners should not be trying this on their own.  It’s never been a good idea, which is why I’ve recommended that homeowners retain a lawyer to represent them.  But just because the Treasury Department will be making an NPV calculator available online, doesn’t mean a homeowner should simply use it and apply for a loan modification.  Those that do are going to quickly find that they do no better with their servicer than they did before.

It would be sort of like giving you a scientific calculator and then asking you if light travels at 3.00 E8 m/sec, how fast is that in MPH?  Except if you get it wrong, you lose your house.

I’ve spoken with hundreds of homeowners… in fact it’s how I spend most of my days and nights lately… like for the last two years, and I’m telling you that if it were me, I wouldn’t try it alone.  So, you decide from there, it is of course, your call.

One last thing… for now…

I know how hard it is to tell who is full of beans out there when it comes to the subject of loan modifications, because most, and I do mean almost all… are completely full of beans.

I’ve had to put up with these people for over a year and it feels great to finally say that.  Are you listening to me clowns?  Yeah you… the geniuses that act like they know something when I know they don’t.  Don’t pretend to be a dentist around me anymore… I’m actually a dentist, and it’s embarrassing for you, even if you don’t realize it. 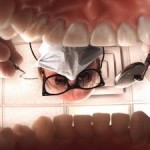 Let’s stop fooling around here… Treasury is going to be making something available at some point, and that’s great.  But, it’s still a very complex set of algorithms and decision analytics that are involved, and it’s not something homeowners are going to be able to pick up and run with effectively, I promise you.

Plus, that’s just HAMP.  And HAMP is not the only way to modify a loan, in fact it’s the least popular way with lenders and servicers… there are millions of loans modified outside of HAMP’s ridiculously complex rules and guidelines.  And ever since Fannie Mae notified servicers that in order to be reimbursed under HAMP, they had to produce the paper trail showing that the mortgage was assigned to the trust, well… none have been submitted for reimbursement ever since.

The 12-page REST Report is the only thing available to homeowners that will accurately present to a servicer, whether it’s in the best financial interests of the investor to modify the loan.

In fact the REST Report is so accurate, you can take it into court.  It will withstand any level of scrutiny.  It’s the real deal.  And in case you didn’t catch me on The Real Estate Guys Radio show just a few days ago, that blue type will take you to the show… I talk about loan modifications and the type of platform that produces the REST Report… a rules engine running a loan disposition analysis platform.

Accept no substitutes, because there aren’t any.

The REST Report… and Mandelman Matters.  Breaking through for homeowners across this country. 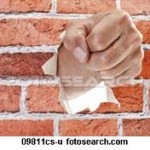 Here’s a link to an article I wrote over a week ago on the results we’re seeing when homeowners send the REST Report to their bank when applying for a loan modification or short sale.  It’s got contact information for more information.

And here’s a link to the new financial reform bill: