Elizabeth Warren’s Appointment In Jeopardy-We Have to Act Now 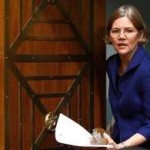 Elizabeth Warren’s appointment to the Consumer Financial Protection Bureau, the agency she conceived of and has lobbied for since 2007, is by no means assured, and in fact, sources on The Hill say they don’t think Warren will get the job.

NOTE: If this is your first time reading Mandelman Matters, and you’d like to know more about why I feel so strongly about Elizabeth Warren being appointed to this position, here are links to a couple of articles I’ve written about her, one just a few days ago, and the other some months ago:

Elizabeth Warren on the Foreclosure Crisis

For the “regulars,” that already know how I think and feel about Elizabeth Warren, please pay special attention to what I’m about to say:

I’m asking you in the strongest possible terms to take action today to let your your elected representatives know that you support Elizabeth Warren’s appointment to head up the Consumer Financial Products Bureau.

Elizabeth Warren being named to head up the new Consumer Financial Protection Bureau is easily the single most important appointment to a government post in my lifetime.  If you’re thinking that I’m being dramatic, I assure you I am not.  If anything, I’m understating the importance of Ms. Warren being named to the position.

There is no question in my mind that if we lose this battle, and I assure you that it is very much a battle in every sense of the word, that loss will not only be costly for us in very real monetary terms, but also for our children in the decades to come.

Here’s why I say that:

1. The banking lobby is THE group behind the opposition to Elizabeth Warren and that should tell you enough right there.  She wants to protect consumers… period.  And it should be painfully obvious to everyone that bankers do not.

2.  Treasury Secretary Tim Geithner and economic advisor, Larry Summers are the two most visible people that don’t want Warren to have the job.  They are also the two people who have engineered the banking bailouts, and left American homeowners to die on the vine. 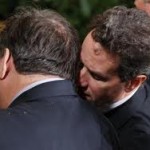 3. Geithner and Summers don’t want Elizabeth Warren in this job, because from day one of the Obama Administration, these two have made it clear that they believe the banks must be saved before anyone else.  They’ve pumped in TRILLIONS without any conditions, they don’t care if banks lend money, as long as they’re recapitalized over time.  In order to do that the next thing banks will do is increase fees on EVERYTHING, but Elizabeth Warren won’t let the banks rape American consumers.

4. The Consumer Financial Protection Bureau was Elizabeth Warren’s idea.  She’s the one who brought it to President Obama.  She’s the country’s leading expert on economics and the middle class and she’s the only person in Washington who is there totally for the American people.  She’s a Harvard professor… she doesn’t need the money… she’s serving the American people.  We need to let her do that.

5. Elizabeth Warren says she views the new bureau as “a way for the rest of us to… get some balance, some leveling of the playing field, so that people can really see the products they’re buying.”

6. More than 164,000 Americans have signed a petition in favor of Elizabeth Warren’s appointment, and 57 representatives and 11 senators sent two letters to the White House on Thursday. Rosa DeLauro (D-CT) says that in the past 24 hours more than one hundred constituents have called her office asking her to support Warren.

7.  The White House says she’s “confirmable,” but some lawmakers worry that she won’t make it through the Senate. Carolyn Maloney (D-N.Y) says that is a danger but she called it “a fight worth having.”  Many have called her “indispensable”.

Senator Sanders was quoted as saying the following:

“It is absolutely necessary that we have a strong, smart consumer advocate who will look out for the needs of ordinary people.  What I like best about Elizabeth Warren is that she can take very complicated financial issues and speak in a language that ordinary Americans actually understand.”

Here’s what Elizabeth Warren said in a recent interview:

“I’m not overwhelmingly impressed by people with money, by people with power, people who trade on the things that are traded on either on Wall Street or in Washington.  I’m not a Washington person and I never had any desire to have a job in Washington. And I have to tell you, having been here now for over a year and a half, my enthusiasm has not improved. But I have to say, I get it — Washington is a place where a lot of things get done.”

And lastly here’s what the country’s top bankruptcy attorney and tireless consumer advocate, Max Gardner, said about the Warren nomination in an email to me earlier today:

“If you support Professor Warren to Chair the new Consumer Protection Commission, then CALL your Senators now and let them know.  This is the most important appointment for consumer advocates in the past 50 years.”

At least, Max, at the very least. 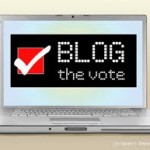 So… I need you to do two things:

1. Make two phone calls today. One to each of your state’s two Senators. When the Senator’s office answers, simply tell the person who answers that you are calling to tell the Senator that you feel very strongly that it’s important to your family, and this country that Elizabeth Warren be appointed to head the new Consumer Financial Products Bureau, and in your opinion, there is no acceptable alternative.

2. Then pass along this article to everyone in your address book. Or, call your friends and ask them to support Elizabeth Warren as well.  Forward them a link to this article.  Ask them to take the time to look closely at this issue, because you believe that her appointment to head up the Consumer Financial Products Bureau is very important to the future of the middle class in this country.

Phone List for Members of the United States Senate.

Now, here’s another link you can use to send an email nominating Elizabeth Warren, but I hope you will call and send in the emails… both.  The senators and elected representatives in the House are counting calls every day.

Americans for Fairness in Lending

And, just in case, here’s the general Website for the U.S. Senate: