Home  »  Apparently Europeans Handle Bad News Better Than We Do

Apparently Europeans Handle Bad News Better Than We Do 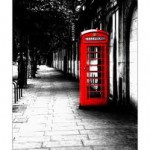 Boy, what a difference a 10-hour plane ride makes.  While the news here continues to be “happy-happy,” the news about here… but written over there, is an entirely different matter.  The London Telegraph, or now the UK Telegraph, just published an article written by Ambrose Evans-Pritchard, and since I realize that not many people here in the U.S. subscribe to the paper, I thought I’d go ahead and post what Mr. Evans-Pritchard had to say about our country’s economic conditions.

Because, believe it or not, not everyone agrees with our Treasury Secretary, or our President for that matter, when they say that our economy is “on track”.  In fact, many think that quite the opposite is the case, and Mr. Evans-Pritchard is one such individual. 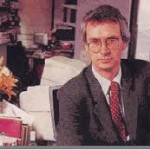 By the way, here’s a short bio for Ambrose Evans-Pritchard:

Ambrose Evans-Pritchard has covered world politics and economics for a quarter century, based in Europe, the US, and Latin America. He joined the Telegraph in 1991, serving as Washington correspondent and later Europe correspondent in Brussels. He is now International Business Editor in London.

Not a bad bio, wouldn’t you say?  I would.  Well, here’s what Evans-Pritchard has to say about our “recovery” and the whole “double dip” nonsense.  Just thought you’d want to know…

With the US trapped in depression, this really is starting to feel like 1932

By Ambrose Evans-Pritchard  (As seen in Telegraph.co.uk)

The US workforce shrank by 652,000 in June, one of the sharpest contractions ever. The rate of hourly earnings fell 0.1pc. Wages are flirting with deflation.

“The economy is still in the gravitational pull of the Great Recession,” said Robert Reich, former US labour secretary. “All the booster rockets for getting us beyond it are failing.”

“Home sales are down. Retail sales are down. Factory orders in May suffered their biggest tumble since March of last year. So what are we doing about it? Less than nothing,” he said.

California is tightening faster than Greece. State workers have seen a 14pc fall in earnings this year due to forced furloughs. Governor Arnold Schwarzenegger is cutting pay for 200,000 state workers to the minimum wage of $7.25 an hour to cover his $19bn (£15bn) deficit.

Can Illinois be far behind? The state has a deficit of $12bn and is $5bn in arrears to schools, nursing homes, child care centres, and prisons. “It is getting worse every single day,” said state comptroller Daniel Hynes. “We are not paying bills for absolutely essential services. That is obscene.”

Roughly a million Americans have dropped out of the jobs market altogether over the past two months. That is the only reason why the headline unemployment rate is not exploding to a post-war high.

Let us be honest. The US is still trapped in depression a full 18 months into zero interest rates, quantitative easing (QE), and fiscal stimulus that has pushed the budget deficit above 10pc of GDP.

The share of the US working-age population with jobs in June actually fell from 58.7pc to 58.5pc. This is the real stress indicator. The ratio was 63pc three years ago. Eight million jobs have been lost.

The average time needed to find a job has risen to a record 35.2 weeks. Nothing like this has been seen before in the post-war era. Jeff Weniger, of Harris Private Bank, said this compares with a peak of 21.2 weeks in the Volcker recession of the early 1980s.

“Legions of individuals have been left with stale skills, and little prospect of finding meaningful work, and benefits that are being exhausted. By our math the crop of people who are unemployed but not receiving a check amounts to 9.2m.”

Republicans on Capitol Hill are filibustering a bill to extend the dole for up to 1.2m jobless facing an imminent cut-off. Dean Heller from Nevada called them “hobos”. This really is starting to feel like 1932.

Washington’s fiscal stimulus is draining away. It peaked in the first quarter, yet even then the economy eked out a growth rate of just 2.7pc. This compares with 5.1pc, 9.3pc, 8.1pc and 8.5pc in the four quarters coming off recession in the early 1980s.

The housing market is already crumbling as government props are pulled away. The expiry of homebuyers’ tax credit led to a 30pc fall in the number of buyers signing contracts in May. “It is cataclysmic,” said David Bloom from HSBC.

Federal tax rises are automatically baked into the pie. The Congressional Budget Office said fiscal policy will swing from  a net +2pc of GDP to -2pc by late 2011. The states and counties may have to cut as much as $180bn.

Investors are starting to chew over the awful possibility that America’s recovery will stall just as Asia hits the buffers. China’s manufacturing index has been falling since January, with a downward lurch in June to 50.4, just above the break-even line of 50. Momentum seems to be flagging everywhere, whether in Australian building permits, Turkish exports, or Japanese industrial output.

On Friday, Jacques Cailloux from RBS put out a “double-dip alert” for Europe. “The risk is rising fast. Absent an effective policy intervention to tackle the debt crisis on the periphery over coming months, the European economy will double dip in 2011,” he said.

It is obvious what that policy should be for Europe, America, and Japan. If budgets are to shrink in an orderly fashion over several years – as they must, to avoid sovereign debt spirals – then central banks will have to cushion the blow keeping monetary policy ultra-loose for as long it takes.

The Fed is already eyeing the printing press again. “It’s appropriate to think about what we would do under a deflationary scenario,” said Dennis Lockhart for the Atlanta Fed. His colleague Kevin Warsh said the pros and cons of purchasing more bonds should be subject to “strict scrutiny”, a comment I took as confirmation that the Fed Board is arguing internally about QE2.

Perhaps naively, I still think central banks have the tools to head off disaster. The question is whether they will do so fast enough, or even whether they wish to resist the chorus of 1930s liquidation taking charge of the debate. Last week the Bank for International Settlements (“BIS”) called for combined fiscal and monetary tightening, lending its great authority to the forces of debt-deflation and mass unemployment. If even the BIS has lost the plot, God help us.

Gee whiz… but Tim Geithner says everything is going along swimmingly… and Mr. Bernanke says there’s “unusual uncertainty”.  But, maybe just maybe… maybe we’re in much deeper doodoo than our government says we are… ya’ think?