Orlando Eslava is having a wonderful life.  He wanted his lender to modify his mortgage.  He wanted more affordable payments.  But, Miami-Dade Circuit Court Judge Bailey decided to cancel his $207,000 mortgage after HSBC decided to ignore a previous order to post a $414,000 bond.

According to the court transcript, Judge Bailey referred to the actions of HSBC’s attorney, William Huffman, of Tampa-based Florida Default Law Group, as being “contemptuous”.

You can read the transcript, but me… well, I’d like to think that Judge Bailey is from Bedford Falls… and that the guy from HSBC’s law firm is named Mr. Potter.  And that it really is a wonderful life.  Like, maybe it went this way:

Judge Bailey: “You sit around here and you spin your little webs and you think the whole world revolves around you and your money.  Well, it doesn’t, Mr. Potter. In the whole vast configuration of things, I’d say you were nothing but a scurvy little spider.”

It all started back in December 2009, when Judge Bailey granted HSBC’s motion for the foreclosure sale of Mr. Eslava’s condo property. But, apparently HSBC misplaced the note on Eslava’s property, and Bailey ordered the lender to post a $414,000 bond that would indemnify Mr. Eslava in the event another lender showed up with a subsequent claim against the same condo property.  In other words, in case it turned out that HSBC wasn’t the only holder of the note, or not the holder at all.

HSBC and Florida Default, according to the court records, chose to ignore Judge Bailey’s order, didn’t post the bond by April 2nd, as ordered, and quite defiantly went ahead with the foreclosure and an April 9th sale that conveniently ended up with HSBC having the title to Eslava’s condo.

Eslava hired a lawyer and went to court saying that the lender violated Bailey’s court order, and therefore the court should invalidate the sale.  At the hearing held on May 6, 2010, Judge Bailey dismissed the foreclosure case with prejudice, which means that HSBC can’t sue Eslava again.  But the best part is that the judge not only ordered HSBC to return title of the condo to Eslava, but also zeroed out the mortgage in its entirety. Eslava now owns his condo free and clear.

Judge Bailey: “What is it you want, Orlando? What do you want? You want the condo? Just say the word and I’ll throw a lasso around it and pull it down.  Hey. that’s a pretty good idea. I’ll give you the condo, Orlando.” 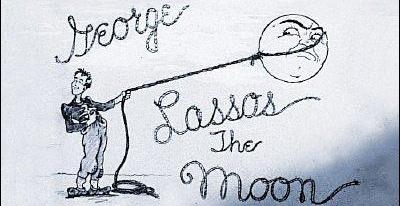 Not only that, but according to a transcript of the hearing, in addition to tearing up the mortgage, Judge Bailey also reprimanded Huffman: “Some day, this foreclosure crisis is going to be over, and you need to decide what kind of lawyer you are going to be.  Because at the end of the day, you are responsible for your client’s compliance with court orders.”

Judge Bailey: (Yelling at Mr. Potter-Huffman) “Where’s that note, you silly stupid old fool?  Where’s that bond? Do you realize what this means?  It means returning the title and scandal and no mortgage. That’s what it means. One of us is going to look stupid – well, it’s not gonna’ be me.”

Huffman tried to apologize, saying his client failed to post the bond ordered by the judge because he misunderstood the order, again according to the court transcript, and don’t we all hate it when that happens.

I just want to test something out… let’s just see… POST A BOND… Stop… DO NOT FORECLOSE UNTIL YOU DO… Stop… YOU DON’T HAVE THE NOTE, SO WE CAN’T BE SURE YOU OWN IT… Stop… DON’T SELL LOANS IN THE MIDDLE OF HAMP MODIFICATIONS… Stop… BE A HUMAN BEING… Stop.

(Well?  Did anyone misunderstand any of that?  If so, please send your comments to mandelman@kissmytuchus.com.)

“I don’t want apologies, I want performance. I want responsible attorneys who meet the basic standards of knowing what is going on in their files.”  Judge Bailey also criticized the lenders and their lawyers for their overall “chaos and disorganization”.

(On a side note: “Judge Bailey… Will you marry me?  Love, Mandelman)

A residential agent in Sunny Isles Beach, Florida, Eslava says he fell behind on his mortgage payments when the housing market went into a free fall and commissions became few and far between. He told the press that he never even thought about his mortgage being canceled, he only wanted more time to negotiate with his bank.

“I wanted to lower the payments because I want to keep my home … this is my home,” said Eslava. He said he spent thousands of dollars to repair the unit after Hurricane Wilma in 2005.

Eslava began his journey into the Loan Modification Zone last November when HSBC placed him into a “trial modification,” the first phase in the Obama Administration’s Home Affordable Modification Program (HAMP).  His monthly payments went from $1,800 to $620 during what was supposed to be, but almost never is, a three-month trial.  Lenders claim they have the three months to decide whether the borrower actually qualifies for the modification, which is very much like the way it used to work when you could qualify to originate a mortgage in the time it took for your car to be run through an automatic car wash.

The HAMP guidelines state that if borrowers make all three payments on time and as agreed, they will receive a permanent modification, but I don’t think they use the word “will” the same way the rest of us do.

He just continued to make the $620 payment to HSBC, so my guess would be that sometime after the fourth month, which is when HSBC would have been able to sell Eslava’s loan as “performing,” to another investor, and therefore get the highest possible price for it… the bank sold his condo.

In a story appearing in a local newspaper, that I can’t find the name of at the moment, it said that those that work to help homeowners with loan modifications say that Eslava is not alone.  Here’s the quote that tickled me to no end…

“It is not infrequent,” said Arden Shank, executive director and president of Neighborhood Housing Services of South Florida in Miami. “We worked with families who had that happen to them.”

You did?  Not infrequent?  Oh, for the love of… Mr. Shank, why can’t you tell the truth about this situation?  Although I suppose it’s possible that when you say something is “not infrequent,” you actually mean that it’s downright commonplace.

Then the story went on… to prove my point:

The agency recently helped another family obtain a loan modification in Miami-Dade County, but the lender did not cancel the foreclosure sale. Four months ago, the family lost the house in an auction. They got the title back after Neighborhood Housing hired a lawyer who convinced a judge to overturn the sale.

See what I mean… downright commonplace… the norm… SOP… and SNAFU.  And if you don’t know what those acronyms mean, ask your father, or possibly even your grandfather, I shudder to say.

Shank told the local paper that actions like that can undermine national efforts of programs like HAMP to keep homeowners in their homes.

“If lenders are implementing the HAMP program and then their two different departments don’t communicate and don’t know what each other is doing, then that is kind of problem in implementing HAMP,” Shank said.

That’s true, Mr. Shank.  Of course, it’s also at least somewhat problematic when all the departments at a lender think that they are above the law, ignore a judge’s order, con a homeowner into making four trial payments knowing that they intend to sell the loan as a result, even while that homeowner is under consideration for HAMP… those things are also quite the problem, right?  I mean, in addition to departments not communicating, right Mr. Shank?

“Judge Bailey expressed disbelief that HSBC had opposed canceling the sale when Eslava was still in the middle of a loan modification trial.  She called the bank’s opposition ‘idiotic,’ according to the transcript.”

How about a little more sheer joy and wonderment from Judge Bailey:

“You are filing pleadings in court every day and you don’t even know what’s going on with the case,” she told Huffman, the HSBC lawyer. “In no other species or kind of law would that be remotely acceptable, or frankly, anything short of malpractice.  But somehow in Foreclosure World everybody thinks that is just fine, that you can know absolutely nothing about your files and walk in here and ask judges for things left and right without even knowing what’s going on.”

Zuzu Mandelman: Look, Daddy. Teacher says, every time a bell rings an angel gets her wings.

Just a minute – just a minute… Now, hold on, Mr. Potter. You’re right when you say my father was no businessman. I know that. Why he ever started this cheap, penny-ante Building and Loan, I’ll never know. But neither you nor anyone else can say anything against his character, because his whole life was – why, in the twenty-five years since he and Uncle Billy started this thing, he never once thought of himself. Isn’t that right, Uncle Billy?

He didn’t save enough money to send Harry to school, let alone me. But he did help a few people get out of your slums, Mr. Potter, and what’s wrong with that? Why – here, you’re all businessmen here. Doesn’t it make them better citizens? Doesn’t it make them better customers? You – you said – what’d you say a minute ago? They had to wait and save their money before they even ought to think of a decent home. Wait? Wait for what? Until their children grow up and leave them? Until they’re so old and broken down that they… Do you know how long it takes a working man to save five thousand dollars?

Just remember this, Mr. Potter, that this rabble you’re talking about… they do most of the working and paying and living and dying in this community. Well, is it too much to have them work and pay and live and die in a couple of decent rooms and a bath? Anyway, my father didn’t think so. People were human beings to him. But to you, a warped, frustrated old man, they’re cattle. Well, in my book he died a much richer man than you’ll ever be.

Clarence: Strange, isn’t it?  Each person’s life touches so many other lives. If certain people weren’t around they could leave an awful hole, couldn’t they?

Suzanne Hill, who represented Huffman and his firm at the hearing, said Florida Default is weighing its options, which include appealing Judge Bailey’s ruling or seeking a rehearing.