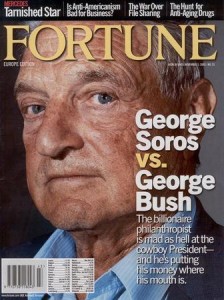 When it comes to being inflexible and unresponsive to homeowners in need of a loan modification, IndyMac Bank, which has just been renamed “One West Bank,” is legendary.

This is the bank that failed spectacularly in July 2008, was taken over by the FDIC, and ended up costing taxpayers something like $11 billion… give or take… I can’t keep track of billions anymore… I’ve moved on to tracking trillions.  And the new buyers of this fire sale financial institution that’s deservedly become the poster child for stupid lending tricks, includes billionaire George Soros.

Soros, along with billionaire Michael Dell and others, agreed to purchase the bank for $20.7 billion. 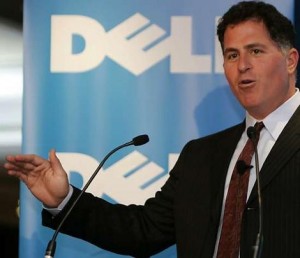 As of Jan. 31, 2009, IndyMac’s assets totaled $23.5 billion and deposits were $6.4 billion, roughly half the cash and assets the bank had at the time of its failure.  The new buyers also got a handy-dandy “loss sharing agreement” from the FDIC, whereby after shouldering the first 20% of any future losses, the FDIC gets stuck with most of the rest.  So, I guess you could say they got a deal.  A sweetheart of a deal… not to put too fine a point on it.

Considering that kind of taxpayer supported deal, and with so-called liberal philanthropist George Soros as one of the bank’s major shareholders, you might think the new One West Bank would be the last financial institution to be throwing people out of their homes when loan modification would make more sense financially, but you’d be wrong.  One West Bank isn’t participating in the President’s program either.

Basically, the President of the United States asked the banks of this country to participate in a program designed to stop our economy from circling the drain, after the taxpayers of this country agreed to save the financial institutions who had bankrupted themselves… and this bank said: “No, thank you… no.”  Or in other words… “F#@k you, Mr. President.”

They declined to participate.  Am I the only one that feels like a 5 year-old just told me he or she wasn’t going to take a bath as requested?  Oh really?  Get in the damn tub now… one… two…

How can George Soros, the liberal philanthropic billionaire who’s money made MoveOn.org the country’s most influential left wing political force, capable of mobilizing hundreds of thousands if not millions of volunteers, influencing millions of voters, and defending ACORN no matter the charge, now owns a bank that’s about as easy to reason with as Kim Jong-il with a migraine? 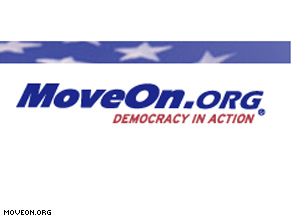 No matter which side you’re on… MoveOn.org was a huge success, now raises untold millions, and occasionally runs ads that would have to make even those on the left… cringe.

I get more letters complaining about IndyMac than any other lender or servicer in the country, although there are others, like Litton, that come in close seconds.  I was personally involved in one situation in which an Arizona homeowner, who’s wife had been fighting breast cancer and brain cancer, whose mortgage of $250,000 was $50,000 more than the home’s appraised value, and whose employment was temporarily interrupted by the economic meltdown, was denied a modification.  They ultimately lost their home to foreclosure and now it sits empty while the bank pays a maintenance company to mow the lawn.  Shrewd, IndyMac… very shrewd… the bank will be lucky to clear $100,000 on the deal… if and when the house sells, which could be some time.

And once I was in an attorney’s office listening in while he called IndyMac on behalf of a client seeking a loan modification with the borrower also on the call.  When the IndyMac representative finally answered the phone, which took about 30 minutes, her first words shocked me.  She said to the borrower: “You know… you don’t have to pay him.”

I couldn’t help it.  I interrupted and said: “Excuse me.  I’m a writer and I was just wondering… how do you know she’s paying him?  What if he’s her brother-in-law and doing this for free?  Did someone train you to say that?  Is that part of your training program there?”  And the woman from IndyMac hung up.  Nice.

Just this past week, I received a call from another attorney who expressed his frustration at IndyMac’s/One West Bank’s refusal to modify a Freddie Mac mortgage because they said their bank isn’t participating in the HAMP program.  The attorney reminded the bank that it didn’t matter because Freddie Mac WAS participating in the program and the mortgage in question was owned by Freddie Mac.  The bank representative wasn’t interested.  Click… and that was that.

So, if you want more information on Mr. Soros’ new bank maybe you’ll soon be able to find it online at: www.MOVEOUT.org