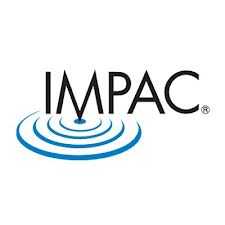 You know how when you call Wells Fargo or Bank of America or Chase to request a loan modification theyâ€™re always so helpful and do everything so quicklyâ€¦ NOT.Â  And Countrywide too?Â  Yeah, right.Â  And GMAC?Â  You betchaâ€™.

And you know how they often seem to prefer foreclosing to anything else?Â  And how they always blame it on the investor, saying that they canâ€™t possibly do anything because the investor wonâ€™t let them even though it seems like the investor would make more money by modifying the loan?

Well, as it turns out, one investor, Impac Funding/Impac Holdings, has run a calculator on this and discovered that youâ€™ve been right all along.Â  They would in fact be better off modifyingâ€¦ but they canâ€™t seem to get servicers like Bank of America, Countrywide, and GMAC to do anything but foreclose.Â  Howâ€™s that for a switch?

So, hereâ€™s what happened:

A borrower contacted me to tell me that he just got a call from an ImpacÂ representative who was calling to make sure that borrowers knew that Countrywide was now Bank of America Home Loans and that they should continue making their payments to that new entity.Â  Apparently, Impac had noticed that a large number of borrowers had become 30 and 60 days late and they were concerned it was due to the change from Countrywide to Bank of America Home Loans.

As the conversation went on, the borrower started asking about what the caller did at Impac and learned he was a portfolio manager.Â  Next thing you know, the portfolio manager started talking about how Impac was very aggressive about getting loans modified for delinquent borrowers and even had modified loans in advance of hardship based delinquency.Â  The borrower, who had two years to go before his adjustable rate loan would adjust higher and was not yet delinquent, asked if Impac would consider modifying his loan.

To make a long short, it worked.Â  Impac agreed in principal to modify the loan, although there would be a cost, if approved of $1995.Â  And it was done in something like 72 hours!

Next thing you know, a loan modification firm received a call from one of their clients who had received a letter from Impac offering to modify their mortgage.Â  Obviously, Impac has become impatient with their servicers who arenâ€™t quite working in their best interests when it comes to modifying loans.Â  What do you know about that?

Go investors!Â  Wake up and realize that the interests of your servicers are not the same as yours.Â  Theyâ€™re foreclosing when modification would make you more moneyâ€¦ all the time.Â  And theyâ€™re blaming you, when we all know they never even ask you.