Twas the Night Before Christmas-2008 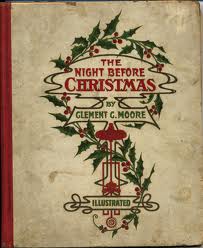 Twas the Night Before Christmas, 2008

Twas the night before Christmas 2008,
And as I relaxed by the fire to contemplate,
The remarkable year this past one had been,
So I poured a nice pinot, and dove right in.

When it started we wondered just whom we’d be electing,
As to which one would win, there appeared no detecting.
But we knew one thing for sure, and for this we were happy,
Compared to Bush our next pres couldn’t be half as crappy.

Most thought Hillary, our first presidential Mama,
Back then we weren’t sure that we’d all love Obama.

Of course, Edwards was running but we didn’t much care,
We were still all wrapped up in his fabulous hair.
Then there was Richardson, & ole’ Tailgunner Joe
And Kucinich whose wife looks like a high-priced ho.

On the other side of the isle, John McCain was the maverick,
And Mitt was the Mormon & Huckabee the cleric.
And who could forget Rudy’s campaign mess,
He ran for President of Florida, and looked okay in a dress.

And it’s worth a brief mention that there was also Ron Paul,
But standing next to the others he appeared four feet tall.
In each of their campaigns, to the right they’d soon lurch,
To woo all the voters who voted in church.

We all waited for the Tuesday that promised to be extra super,
But when it was over, we were still in a stupor.
McCain finally emerged atop his straight-talk express,
He kept saying “My friends,” and looking old, but I digress.

The democrats, however, raced right down to the line,
And at the end, we all learned that Hillary sure could whine.
Yes it was Senator Obama who would ultimately emerge,
As McCain kept reminding us that he’d voted against the surge.

Barack was so smooth, compared to Bush he looked strange,
He had thousands of ways to say vote hope and change.
And he kept getting better, night after night,
Except for a wrong caused by old Reverend Wright.

But what Barack lacked in experience, he more than made up for,
By sounding smart and reasonable, and with kids we could all adore.
A true intellectual, Barack was more than a look,
And it had been a long time since we saw a President read a book.

August finally arrived, and each had their convention,
Starring McCain’s Jewish sidekick, and John Kerry, the Frenchman.
And while Barack was on fire, McCain seemed to be ailin’.
Until from straight out of nowhere, rode in a woman named Palin.

Yes, Sarah showed up in a dress of chartreuse,
She was the mother of five, and could field dress a dead moose.
About global warming, she wasn’t ready to appraise,
Was it man’s doing, or part of the end of days?

Sarah Palin looked great, when she arrived down south,
But Katie Couric asked questions, and she opened her mouth.
After that many voters, to her simply stopped listenin’,
It was clear she was a token evangelical Christian.

But McCain grinned ear to ear, cause his veep carried a purse,
It looked like some old guy was traveling with his nurse.
And Obama announced Joe Biden would be his veep,
And we yawned, said “OK,” and went right back to sleep.

McCain said that Obama should inspire some scares,
Because he once had coffee with an old hippie named Ayers.
He accused Barack of everything under the sun,
But as everyone watched as ole’ McCain came undone.

Fox News sprang into action, it was total insanity,
Every show attacked Obama, starring O’Reilly and Hannity.
MSNBC on the Dem’s side, it was easy to peg,
‘Cause Obama gave Chris Matthews a tingle up his leg.

Then the Ides of September brought a financial tsunami,
While McCain’s economic forecast remained sunny & balmy.
Then Palin spoke of small town Pro-America places,
And inspired disbelief on FDNY faces.

But then on the roof there arose such a clatter,
I sprang to my feet to see what was the matter.
And what my eyes saw did appear such a bummer,
It was a sleigh pulled by Harleys, driven by Joe the Plummer.

He pulled up and tossed ole’ McCain in his sack,
When he took off from the rear we could see plumbers’ crack.

More rapid than eagles they roared into the night,
And I heard Joe tell John as they flew out of sight,
“I’ll deliver your economic message to the people you seek,
I’ll just whip up a catch phrase with a folksy mystique.”

So, as election night passed Barack Obama became president,
For the first time The White House would have four black residents.
That night the whole world rejoiced, and gave thanks in the dark,
From New York, to LA, to Chicago’s Grant Park.

Now you might as well know, as Christmas Eve is now here,
That I already got what I asked for this year.
Santa knew I was happy as I said over the crowd’s roar,
“Wow, it’s amazing how much this night feels like the night Bush won in ’04!”

Santa nodded and laughed, saying that he reckoned,
That McCain and “that woman” didn’t even deserve to place second.

Merry Christmas to all, and to all a goodnight. 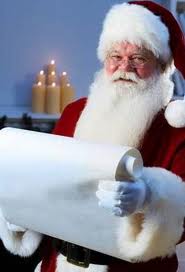