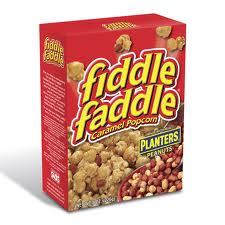 The $1 billion Cash for Clunkers program was designed to offer people $3,500 – $4,500 for their old crummy cars when they traded them in on new, spiffier and allegedly more fuel efficient models… you know, the kind often manufactured overseas.   And that alone would have easily provided me with more than enough material for a treatise on incredibly stupid ideas.  It could almost write itself.  But my government has apparently decided that I deserve more.  Maybe they’ve noticed how hard I’ve been working lately and wanted to make my life a little easier.

So, in addition the program, which was to was start last week and end November 1st, instead lasted only a few days before running out of money and being shut down.  And that by itself would also have given me plenty of ammo with which to fire off a burst of zingers in reference to the intellectual capacity, or lack thereof, of our elected representatives.  But, God bless them, they didn’t stop there either.

The government wasn’t happy with winning only the Daily Double of Stupidity, they knew they could take home the Trifecta of Sheer Idiocy.  So, they created a program that would succeed in spending as much as just a scosh over $45,000 on each clunker… that wouldn’t have been traded in anyway, that is.  Very nicely done fellas, by the way. Very shrewd.  Who helped you with this?

You want the math on this? It’s easy, don’t worry.

The government’s published estimate is that the program will generate 250,000 sales.  However, over the next 90 days, according to Edwards, 200,000 of those low milage clunker cars would have been traded in on new models anyway… without the program… and its billion dollar price tag.  And that means the $1 billion program will only generate 50,000 incremental sales, at a cost of $20,000 each!

Blogger, Avery Goodman, whose math and analytical skills are beyond reproach in my book, presents the case this way.  Some buyers will qualify for the $3,500 government handout, and others will qualify for the $4,500.  If everyone qualified for the $4,500, then 222,000 vehicles would have just been sold through the program, and if everyone qualified for the $3,500,  you come up with 286,000 total program sales.

So… besides the fact that increasing the demand for clunkers by offering a government check in an inflated amount for purchasing a car made in South Korea is a monumently stupid idea… And besides the fact that the clowns in charge created and launched, with much fanfare, a three month program that ended up lasting only a handful of days… On top of those well laid plans, we’re paying as much as $45k a pop?

If we were in Vegas, there’d be lights flashing and sirens going off… WINNER, WE HAVE A WINNER.

Then there’s the question of the target audience created by the trade-in requirement.  Think about it.  If what you’re trying to accomplish is to get old cars off the road and new cars on, you could offer $100 or whatever for the old ones and then give anyone $4,500 or whatever towards the purchase of a new fuel efficient car.  People driving old cars are likely to trade them in at some point anyway, so you’re really borrowing buyers from future sales, but if anyone was able to take advantage of the government program, you might get people buying who would not have otherwise done so.

I’ll run it down one more time so it will really crystalize:

GOAL: To take older, less fuel efficient cars off the road and replace them with new fuel efficient models, thus benefitting the environment, the demand for foreign oil, and the economy through automobile manufacturers.

Pay $45,000 for a car worth $500, over a 3-4 day period, so that someone can buy a car that may not even be made here, and then only target those who would have likely purchased a car to replace their old one at some point in the future without the program.

And here’s the piece d’ resistance…

When the program ran out of money, the response was simply delightful… they proposed making an additional $2 billion dollars available in order to keep the program going… or in keeping with the gambling metaphor I’ve been working with so far, they decided to split sixes and double down on each.

Send in the clowns… there ought to be clowns…. well maybe next year…

Did you hear that?  Where’s that music coming from?

Hey, cut that out… Stop fooling around.  Who’s playing that song?

Okay, Who’s the Clown Behind the Curtain?

The program is officially called the Consumer Assistance to Recycle and Save Act of 2009, and the “Car Allowance Rebate System,” or… these guys are killing me… every little thing they do wipes me out laughing for minutes at a time… C.A.R.S. for short… either way!

I wish I had been there when they came up with that matched set of acronyms, don’t you?  Like watching a young child the first time they draw a red nose on the clown in their painting.  I’ll bet you they fast clapped, grinned from ear to ear, and kicked their feet… before getting on the short yellow bus, some licking the windows as they headed home.

The genius inspiration behind this Cash for Clunkers strategic solution, and I swear that the following has not been embellished in any way,  was an op-ed in the New York Times written by an economist named “Blinder”.

You see how straight I played that, right?  Not one word about the billion dollars spent as a result of an article  written by an economist named “B-L-I-N-D-E-R”.

See… that’s over the top.  This isn’t even fun anymore.  I don’t need hand outs like that.  I’m a good enough writer to find my own funny lines, I don’t need their charity.

Besides, I’m in favor of the whole thing now anyway… And as to who in Congress is responsible for it… well, bless their hearts.

I’m even okay with Obama going a step beyond… he needs to get money into consumer hands so they can at least pretend to be interested in spending it.  How’s this for the next one:

“Bring the government your old hair dryer this week and pick up a check for $750.  First come, first served.”

It could be like Monty Hall at the end of the old “Let’s Make A Deal” television game show.  Monty would walk out into the audience among his adoring fans.  All of a sudden he’d stop at one of the women, look at her and say:

I was young, maybe 11 or 12 and it was the most amazing scene I’d ever seen… not that Monty would give away $100 for a hard boiled egg, that was the norm on Let’s Make A Deal.  No, I learned about the difference between men and women watching that show.  Why?

Because the woman would begin searching frantically through her purse, her pockets, anywhere to find a hard boiled egg… and then she WOULDN’T FIND ONE!   And I used to think… see, if Monty ever offered me $100 for a hard boiled egg… I wouldn’t need to check because I always know when I’m carrying a hard boiled egg.  It’s the sort of thing that never slips my mind.

To this day, anytime you see me… go ahead… ask me if I’m carrying a hard boiled egg… and watch how I tell you with complete confidence one way or the other.

Anyway, I’m off track here… and it’s no matter.  That whole “Blinder” thing made it too easy and now I really feel it’s beneath me to jest.  I’d just like to say one thing to our fearless leaders in Washington D.C.:

It means: “I’m sorry, and I hope you get better soon.”