Home  »  So, It Wasn’t the Subprimers After All… What Do You Know About That?

So, It Wasn’t the Subprimers After All… What Do You Know About That?

… and yes there’s a reason I’m telling you that. 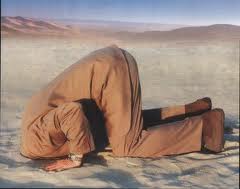 Have you ever waited for a day to come? A special day. A day when all would begin to look right in the world once again. My first such day was April 10, 2000… the day the dot-com bubble went pop. The sound was so loud you could hear it from Silicon Valley to Wall Street, and it took quite a while for the country to get the gum out of its collective hair.

It’s not that I was gloating, far from it. It’s never fun to see your country plunge into a recession during which some $7.3 trillion in consumer wealth would soon disappear. All I’m saying is that on April 10, 2000, I started to understand the world again, and it was a good, safe, calming feeling.

You see, I never went in on the whole “new economy” thing. “There’s no such thing as a new economy,” I’d said so many times during the years 1997-2000. Someone wanted me to buy furniture.com. I didn’t. The company was one of the first to go under. Why? Because, as I suspected, people like to sit a couch before buying it… go figure. I was told to buy Pets.com too, but didn’t. Why? Because I suspected that it might be expensive to ship 50 pounds of kibble across the country overnight. Who knew?

During those years I was consulting for companies and I felt like the whole world had gone start raving mad. Companies with no profits were trading for 1,000 X earnings because they were “monetizing eyeballs”. Kids, that in my estimation couldn’t keep a hotdog stand open over the summer, were now running multi-zillion dollar conglomerates and I couldn’t understand how or why. When AOL bought out my client at the time, Time Warner… well, I almost lost the blackened-seared-ahi-on-squaw-bread-with-compote-reduction I’d had for lunch.

So, when the bubble finally popped and it became apparent that the 25 year-old emperor that had been selling the whole monetizing eyeballs story to venture capitalists on napkins, actually was nude… I breathed a sigh of relief, as much as anything else. The madness would finally be over. I’d be considered a smart guy once again.

Well, another one of those days arrived for me today. And again, it felt good, relaxing, like everything in life would soon make sense once again.

Remember back in late 2006 and early 2007? The housing bubble had popped, and that came as no surprise whatsoever to me. The only surprising thing about that bubble popping as far as I was concerned was that it hadn’t happened sooner. And by the way, I think that true for most people. Everybody knew that real estate would pull back and take a cyclical dip in the shallow end, perhaps bumping its head and getting a nasty lump as a result. I don’t think we saw the total eclipse of the sun coming, as it did, but we knew it was a bubble, and that like all bubbles, it would eventually pop.

Truth be told, it was sub-prime borrowers being blamed that got me writing frequently again, after taking a few years off since writing a book and then traveling around the country picking up speaking fees just to talk about what I had written. When the world started blaming sub-prime borrowers, I knew it was time for me to put pen to paper and start showing others the fallacy in their thinking. My very first article was written immediately following a dinner my wife and I had gone to, at which I had been forced to listen to the sub-prime borrower story of the day. Although it came in many flavors, the story went something like this:

Irresponsible poor people bought houses they couldn’t afford using spring loaded loans that adjusted, causing them all to be catapulted out of their homes in foreclosure, and resulting in the meltdown of the financial markets.

Hogwash. Horse Pucky. Total bunkum. It was never sub-prime borrowers that were to blame, it just appeared to be possible and when the banking lobby’s PR machine went into gear, people found it easy to accept. I still have a friend who thinks the meltdown’s cause had something to do with people irresponsibly buying jet-skis. Some beliefs are hard to let go of, I suppose.

I understand it. I really do. You can see it in my older articles. I was getting a teensy-weensy bit jealous of the “brand-new-home” people towards the end there myself. How could you not? So, when the bubble popped, it seemed easy to accept that some of “those” people were the cause. Not the good responsible ones, mind you, but the ones that never should have been there in the first place… the sub-primers. Come on… let’s snub them.

I went to graduate school with a guy who was the president of a large grocery store chain, Food For Less, I believe was its name. And I remember him telling me how his stores were always in low-income areas, but that they had fewer bounced checks than the grocery stores in the wealthier neighborhoods. It seems that poorer people made sure that they lived within their means more carefully than their wealthy neighbors across the tracks.

Even Warren Buffet liked sub-prime borrowers. In fact, Berkshire Hathaway still owns a company that makes largely sub-prime loans on some sort of pre-fabricated housing solution, and that company never did experience the sub-prime meltdown as was being reported by the media.

The main reason it never made sense that sub-prime borrowers were to blame, besides the obvious reason that sub-prime borrowers really want their homes, was the absurd assumption that these lower income people didn’t know how much their payments would be a year or two down the road. I simply couldn’t believe that could be true in large number. I don’t care how poor or uneducated a person is relative to others, they know how much they pay in rent… I mean mortgage payment amount, each month.

Another thing I knew about sub-prime borrowers was that they didn’t move into a new home with the idea that they’d lose the house a year or two later and be forced to move. Not knowing the future amount of your monthly mortgage payment, or moving somewhere with the idea of moving a couple of years later sounded more like the way wealthier people might behave than sub-prime borrowers.

Sub-prime borrowers hate moving… especially their refrigerators. They can’t afford fancy moving companies who come pack everything up and unpack it at the next homestead. They call friends like me who are stupid enough to always own a truck. The whole experience moving is downright miserable for sub-prime borrowers, so they avoid it whenever possible.

There were lot’s of other reason to suspect the sub-prime borrower story, the size of the market relative to the damage being caused, for one. So, anyway… I guess I should get to the point of the article. New evidence has been compiled by Stan Leibowitz, a professor of economics who is the director of the Center for the Analysis of Property Rights and Innovation at the management school at the University of Texas, Dallas.

And as it turns out… can you guess? It wasn’t sub-prime borrowers that caused the meltdown, more than their influence, it was zero down financing that created this mess, according to Professor Leibowitz and the actual data. As stated by Leibowitz:

“The evidence from a huge national database containing millions of individual loans strongly suggests that the single most important factor is whether the homeowner has negative equity in a house — that is, the balance of the mortgage is greater than the value of the house. This means that most government policies being discussed to remedy woes in the housing market are misdirected.”

“… the focus on sub-primes ignores the widely available industry facts (reported by the Mortgage Bankers Association) that 51% of all foreclosed homes had prime loans, not sub-prime, and that the foreclosure rate for prime loans grew by 488% compared to a growth rate of 200% for sub-prime foreclosures. (These percentages are based on the period since the steep ascent in foreclosures began — the third quarter of 2006 — during which more than 4.3 million homes went into foreclosure.)

Sharing the blame in the popular imagination are other loans where lenders were largely at fault — such as “liar loans,” where lenders never attempted to validate a borrower’s income or assets.

Wow… did you read that? It wasn’t the liar loans either.

The analysis indicates that, by far, the most important factor related to foreclosures is the extent to which the homeowner now has or ever had positive equity in a home.

The difference in policy implications is enormous: A significant reduction in foreclosures will happen when and only when housing prices stop falling and unemployment stops rising.

This guy is wicked smart. He goes on to explain that the administration’s Making Home Affordable program is ill-conceived, and he does so on very solid ground and in an inoffensive way. Perhaps the Obama administration will consider Professor Leibowitz’s findings and correct the current course.

Here’s the article in yesterday’s WSJ: http://online.wsj.com/article/SB124657539489189043.html
And please forgive me if I sounded arrogant there at the beginning. I was feeling just a little bit taken with myself for a minute or two… so, sue me. I’m okay now.

Sub-prime borrowers… you are about to be vindicated!

Watch what happens next. Other journalists are going to write about the professor’s conclusions. After that, the talking heads will be all over it. Before you know it, our country will start to question what’s happened here and who really is responsible. And meanwhile, banker after banker will be seen going into court, for one reason or another. All while the foreclosures spread into white middle and upper-middle class neighborhoods from sea to shining sea.

People will get mad… and then madder. (It helps to read the next paragraph using the voice of James Earl Jones at the end of Field of Dreams. And if you haven’t seen it, see it.)

And by the time the 2010 midterms roll around, people will come, Ray. They’ll come to Washington D.C. for reasons they can’t even fathom. They’ll turn onto the Beltway not knowing for sure why they’re doing it. They’ll arrive at their voting booth as innocent as children, longing for the past. Of course we mind if you look around, politicians will say. It’s only $50,000 per person that you all owe. They’ll pass over the politicians without even listening to them: for it is America they own and prosperity they lack. And they’ll walk out to the mall; sit in shirtsleeves on a perfect afternoon. They’ll remember the power they had when they were younger and voted for heroes. And they’ll vote for people that will truly represent them and it’ll be as if they dipped themselves in magic waters. Their memories will be so thick they’ll have to brush them away from their faces. People will come Ray. The one constant through all the years, Ray, has been America. Our nation’s banking lobby has rolled through Congress like an army of steamrollers. We need Congress’ thinking to be erased like a blackboard, rebuilt and perhaps erased again. But our America will withstand time. This banking lobby’s control of this congress and this administration: it’s a part of our past, Ray. We’ll remember, all of us, what was once good and could be again.

Oh… people will come Ray. People… will most definitely come.