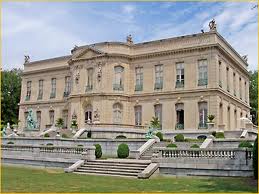 A newly released economic impact study shows that in 2007, the income gap between the rich and the super rich has widened significantly. Congressional Democrats wasted no time blaming the widening gap on the Bush administration’s economic policies, and urged President Obama to act quickly to protect the rich from continuing to lose ground by signing their proposed “Americans for Immense Wealth Creation Act,” which would provide huge tax cuts and funding for the rich, but has been stalled on the new President’s desk since his inauguration this past week.

Republicans, however, are standing firm in their support of President Obama’s decision to wait before taking any action. They maintain that the rich have the same opportunities that were available to the super rich, and that no special entitlement programs were needed at this time.

“It remains to be seen just how far the rich have fallen behind,” said Sen. Bunkie T. Witherspoon III (R-Texas). “It may only be a temporary problem and the federal government has no business giving further entitlements to the rich when they’re perfectly capable of becoming super rich if they want to. We just don’t know how bad the problem is at this point.”

Democrats disagree. They point to the recently released report that they say cites numerous examples that cannot be ignored if the country is to keep moving forward. “The study makes it abundantly clear, for example, that the vast majority of the rich can only afford one boat, while the super rich often have four or five,” said Senate Democrat, Barbara Kickboxer of California. “It’s not that the rich aren’t trying hard enough, it’s that we in government aren’t doing enough to give them a helping hand to the top. Many of my rich constituents have told me that at this point they don’t see how they’ll ever get out of their gated communities.”

William Bensonhurst Waters, heir to the colossal drinking water fortune and a founding member of the American Institute for Greed, Money & Priceless Gems says it’s the rich’s own fault that they’ve remained where they are. “Many of the rich are just plain lazy,” Waters says. “My family’s evergreen patent on drinking water didn’t just fall into our lap. We had to fill out forms, pay off government officials, and entertain super rich people almost relentlessly. It didn’t happen overnight either, no matter what rich people may think. I was only a child back then, but I remember it taking most of an entire summer before we went from being rich to super rich.” 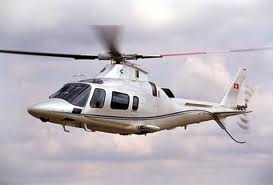 Waters says he remembers it like it was yesterday. “I remember suffering through those long drives in the back of my limo, the traffic… I used to get myself so worked up that I’d have to pour myself a pomegranate & lime on the rocks from the limo’s bar just to avoid perspiring. Charleston, my chauffeur as a boy would try to calm me down. He’d tell me stories of super rich families he’d worked for in the past. And then one day, just before my 11th birthday, Daddums took me out back and showed me my first helicopter. It was red. I said, “But Daddums, it only seats four?” I remember he just tossed my hair around with his hand, laughed and said, “Your mother told me you’d need at least a six or eight seater… I’m such an idiot.” So, we had to wait almost three hours before the company could deliver an eight seater, just me and Daddums… flipping through photos of precious gems, and islands we might buy… good times.”

Democratic Congresswoman, Sheila Jacksonhole, says enough is enough. “The Obama administration must respond now… before it’s too late. “We’re the beacon for rich people around the world that want to become super rich, and if they start to believe that becoming super rich in the US isn’t as easy as it used to be, why we’ll lose all those Asians and Pakistanis that have made this country’s technology industry the envy of the world.” “Plus, they run a very nice 7-11, as I understand it,” Jacksonhole said.

According to the government study, many of the super rich were in fact born only rich, which has led many to believe that the rich do not need the government’s help to rise above the lives they were born into. President Obama, in a speech delivered to rich people at Saks 5th Avenue in New York City, said: “Every rich person in this country can become super rich if he or she wants it badly enough. If nothing else, there’s nothing stopping them from marrying into it just like so many now in the super rich community did.” 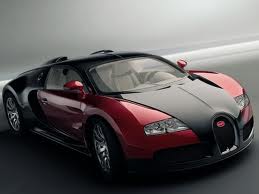 Federal Reserve Chairman, Ben Bernanke, was more somber about the study’s results. “Look, in this country not everyone is going to able to be super rich. Some people are simply going have to vacation on Martha’s Vineyard. But, in this country, if they take advantage of others, maybe their children can do better. That’s what the American Dream is all about.”

Mandelman is a staff writer for Opulent & Insensitive Magazine.