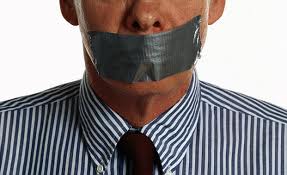 Neil Barofsky is the special inspector general for the Treasury’s Troubled Asset Relief Program.  According to his latest report, the total cost of the TARP bailout of the financial markets may reach $23.7 TRILLION, which represents roughly $77,000 for every human being alive in the U.S.A.

I’m not saying a word.

Barofsky also said his office has 35 ongoing criminal and civil investigations related to the abuse of TARP programs, including accounting, securities and mortgage fraud; insider trading; and tax investigations.

Don’t look at me.  Not a single word.

In a second report, Barofsky was very openly critical of Treasury’s implementation of TARP, saying the department has “repeatedly failed to adopt recommendations needed to provide transparency and fulfill the administration’s goal to implement TARP with the highest degree of accountability.”

Oh dear.  They’ve failed to provide transparency.  And now they can’t implement with the highest degree of accountability.  That is so sad.

It occurs to me that transparency is not something you should need to provide.  As long as you don’t add any opacity, you’ll have transparency, no?

Alright… I’m not reading any more of this… you do it.

And I have a couple of other questions.  And I really wish I could swear here, but I can’t.  And I know my simple mind is probably about to over-simplify something.  And I feel a little like crying and a little like punching someone in the head… hard… a bunch of times.  (I think that’s the first time in my life I’ve ever written an entire paragraph in which each of the sentences started with “and”.  My 8th grade English teacher would throw a fit, but I don’t care… it just felt right, so there you go, Mrs. Palumbo.)

Why did everyone make such a big deal in Congress when they authorized then Secretary Paulson to spend $700 billion last fall?  Then they told him he could only spend $350 billion, before he would have to come back to Congress and ask for the other $350 billion.  And we all went… “Well, good.  At least Congress is thinking about protecting us taxpayers.”  And that was all pigeon crap, because if we end up spending $23.7 TRILLION on this freak show circus, that $350 billion will amount to a whopping 1.5% of what we’ve spent.

So, you know what Congress… you really do suck, you traveling band of pathetic loser clowns.  You haven’t protected anything… I don’t think you’re capable of protecting anything, because to protect something you have to start by protecting the truth, you gaggle of sociopathic sycophants.  .  Have you forgotten what the truth even is?  I don’t care what happens for the rest of my life.  I’m never voting for an incumbent again… ever.  I’m lying to ever pollster too.  And when you call and ask me to donate money, I’m mailing in a dirty penny taped to a piece of cardboard.

How do you get up in the morning and look in the mirror?  Really… how?  What do you tell yourselves?  That there’s some “greater good” that you’re working towards?  That the people don’t know enough to understand what’s really going on?  That the only decent thing to do is to deceive us?  Well, you are wrong.

And shame on you.

This is not about transparency, or the lack of it, this is about almost two million people losing their homes because of bankers that lied to them and then robbed our banks.  Yes, I said robbed them.  Some borrowers may have made bad decisions, but they did so trusting the banks.  And now we see that no one should trust a bank.  In fact, before anyone buys anything from a bank, they need to have a lawyer look it over.  No?

Well, here’s what Ed Yingling, President and CEO of the American Banking Association told to Congress two weeks ago, when testifying as related to the creation of a new consumer protection federal agency, being proposed by President Obama as part of his financial market reforms:

“It is now widely understood that the current economic situation originated primarily in the largely unregulated non-bank sector.  Banks watched as mortgage brokers and others made loans to consumers that a good banker just would not make and they now face the prospect of another burdensome layer of regulation aimed primarily at their less-regulated or unregulated competitors.  It is simply unfair to inflict another burden on these banks that had nothing to do with the problems that were created.”

And there you have it.  It is simply unfair.

So, here’s what President Obama said about the banks yesterday…

WASHINGTON (Reuters) – President Barack Obama said on Monday that Wall Street banks had failed to show remorse for the “wild risks” that triggered a financial meltdown and helped to push the United States into recession.

You don’t?  But, at least the banks have been under the control of Congress and Treasury, since we’ve bailed them out, right?  I mean, at least they’re not just taking taxpayer dollars and shoveling them out in the firm of egregious executive bonuses, right?

Wall Street paid more than $18 billion in bonuses in 2008, a year in which it needed trillions of dollars of taxpayer support.

Asked if he was concerned about the jump in profits reported by banks Goldman Sachs and JPMorgan Chase & Co, Obama said his administration had less leverage over them now that they had repaid government bailout money.

Woohoo!  The banks paid us back TRILLIONS of dollars!  Yay!

Ten big banks earlier this month were cleared to pay back $68 billion in federal aid.

Okay, I have a proposal for a new law, and I’d like everyone’s support on this:

Whenever the word “trillions” is printed anywhere and related to dollars, the new law would require that it be printed in all caps, bold type, as in: TRILLIONS.  If it’s printed as “trillions,” someone goes to jail.

And you want to know what I have to say about that?  Larry?  Spokesmoron?  Shut up… shut up… shut up.  I don’t want to hear a word out of either of you.  Not one word.  No one wants to hear your opinions, you’ve never been right so far.

Because if it’s not going to be $23 TRILLION lower… then save it… okay, Spokesmoron?  Get it?  Besides, Spokesmoron… I saw your picture and you’re like 30 years old… and NO ONE… and I mean NO ONE wants to hear from someone your age at a time like this.

Got it?  I certainly hope so.  Now go watch “30 Rock” or whatever you kids do.  And stay out of the liquor cabinet… I’m going to need whatever’s in there.

Here’s the whole disgusting story in MarketWatch.  Read it if you want.  Maybe have a drink first… a glass of wine… a valium couldn’t hurt, if you have one handy.  Proceed at your own risk…