Tired of the Lying: 55,000 Helped by Obama Mortgage Rescue 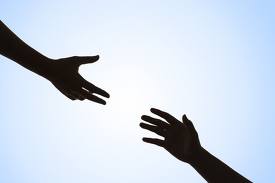 Servicers are adjusting loans under Obama’s foreclosure prevention program. The administration is expanding the program to help those that don’t qualify for a modification.

When I saw the headline my heart almost skipped a beat. Could it be true?

Did I owe the administration an apology? Were 55,000 people, as a result of Obama’s plan, really keeping their homes instead of leaving them vacant indefinitely? The feeling was so great that I didn’t want it end. I felt flushed.

Then I read the first paragraph of the article:

What? Oh no… don’t do that to me… I can’t believe this… I placed my fingers in the drawer of my desk and slammed the drawer shut as hard as I could. I felt a little better.

They received offers? I thought it said they’d been helped. Helped… like in the past tense. Already happened. Like the first ghost that visited Scrooge. Yesterday… when all our troubles seemed so far away? Memories, like the corners of your mind. You remember the “past,” right?

Memo to the Obama Administration: At this point in the crisis, considering that all of the past government programs have been worthless to the point of being comical, I don’t think we need to know at what point homeowners are being offered help. I know you guys are busy, so go ahead and skip the press releases on the interim steps and just let us know when you actually help someone, okay?

What did they do here? The government sent out offers to help? Fabulous. I’m so relieved. And I love the way they say they’ve received “offers”. As if they all qualify and simply need to accept the generous offers they’ve received. If that was the case wouldn’t they have said: More than 55,000 mortgages have been modified under President Obama’s foreclosure prevention program?

Of course they would.

The CNNMoney article went on:

The administration also announced it was expanding the $75 billion program to assist more troubled borrowers. The government will provide incentives for servicers and borrowers to avoid foreclosure using methods such as short sales.

Alright, hold it right there. “Expanding the $75 billion program to assist more troubled borrowers,” means paying the banks the difference should they decide to sell my home for less than I owe? Really? See, and when I hear something’s a “foreclosure prevention program,” I don’t immediately think about paying the bank for its losses on homes that sell under market at any given point in time. Maybe it’s just me.

Why would we, as taxpayers, want to compensate the banks for losses incurred as a result of short sales?

Let me get this straight… when a bank agrees to fund a mortgage, that bank is taking on a certain amount of risk, just as the homeowner does when he or she agrees to take on the responsibility of a mortgage. Correct? Thought so.

I also understand that foreclosures, at this stage of the game, benefit no one. We subsidize the cost of loan modifications in order to keep people in their homes so they keep paying taxes, keep stimulating the economy, and keep property values from continuing to fall as a result of foreclosures flooding the markets.

But why, if a bank refuses to modify a loan to the point where the borrower can remain in his or her house, and instead chooses to sell it at some moment in time, would we possibly want to tell the bank to go ahead and the taxpayers will simply make up any losses the bank incurs as a result of the sale? I thought the whole idea of a short sale was that the bank was agreeing to sell the property for an amount “short” of what’s owned on the mortgage. No? Wild.

If we do this… if we end up compensating the banks for losses resulting from short sales, I don’t think they should be allowed to call them “short sales” anymore. They can call them what they are: “Taxpayer Assistance for Lending Incompetence.” We can call them TALI sales, how’s that? First there was TARP… then there was TALF, now there’s TALI. I’ll have someone start working up logos. Something showing a taxpayer bending over an ATM machine… No, maybe not… I’ll keep working on that.

Then Tim Geithner, a man who gets quoted everywhere, but always seems to say essentially the same exact thing, said yet again:

“These are critical steps in stemming the foreclosure crisis and stabilizing the housing market, both of which are critical to our economic recovery,” said Treasury Secretary “Critical” Tim Geithner.

Which of these steps was so mission critical, Tim? Was it the mailing of the “offers” to apply to a program for which someone is unlikely to qualify? Or was it the making up of the difference, or some of the difference, should the bank decide a short sale would be better for the bank. What about the homeowner? Oh, you naïve little child… no one gives a rat’s petunia about the homeowners, haven’t you figured that out by now?

If you’re not sure that what I’m saying is true, just consider that when we needed to give Treasury $700 billion to stop the sky from falling at the major banks, they spent $350 billion by Christmas, and the rest by Spring. But Bush made $320 billion available for the Hope-4-Homeowners program last July, and Obama upped the ante to $375 billion back in February… and we haven’t spent a God damn dime.

Although, also according to the article, “several servicers began processing modification applications last month.” But, see… that’s what I was talking about, when I said all that stuff about not needing to know about interim steps.

Rules to Qualify By…

To qualify for the Obama, plan, a homeowner must have a mortgage of no more than $729,750 originated before Jan. 1, 2009, and be in default or at risk of default for a reason such as a significant change in income or expenses. Oh, and the cost of foreclosure has to be higher than the cost of modification or you won’t qualify, but I’m not sure who does the math on that or what that formula looks like. Maybe it’s completely neutral and totally fair.

Then, even those that qualify have to then enter a 3-month trial period, during which time they must “successfully make their payments,” before the modification is deemed permanent, which means it stays fixed for five years. After that they have to see if they can go another 3-months always making their payments on the 12th of each month at 2:30 pm in travelers’ checks. Okay, so I was kidding about that last part.

According to the administration, as of May 7th, Chase had roughly 15,000 borrowers in the trial modification phase, and Wells Fargo had about 3,000.

Well… 3,000 at Wells and another 15,000 at Chase… shave my head and call me baldy, I’d have to say they’re gaining on it, sure enough. How many foreclosure notices went out in April again? Oh, 342,000, that’s right. Thanks. Sometimes it’s hard for me to remember the numbers.

CNN then takes perhaps the program’s most disqualifying feature and makes it sound like a major benefit:

The Obama administration plan allows those with Fannie Mae (FNM, Fortune 500) or Freddie Mac (FRE, Fortune 500) loans to refinance their mortgages even if they owe up to 105% of the home’s value. Even then? All the way up to 105%? Well, that certainly ought to cover it.

More than 2,150 Fannie Mae loans and about 1,500 Freddie Mac loans have closed under the Obama refinance program. I don’t have a calculator handy, but I’m thinking that’s a long way from the 342,000 foreclosures issued in April, let alone the 9 million the president claims will ultimately be helped, . At a couple thousand a month, it’ll take… doesn’t anyone have a calculator… a damn long time, I’ll say that.

What? It could happen.