Home  »  Have You Called the Homeowner’s HOPE™ Hotline?

Have You Called the Homeowner’s HOPE™ Hotline? 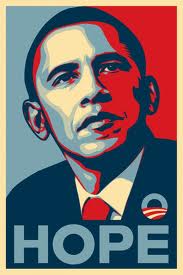 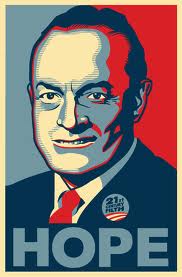 The Homeowner’s HOPETM Hotline is not new. It’s the same hotline that was available last year as part of President Bush’s Help-4-Homeowners program, which everyone now seems to agree was a spectacular waste of time and resources. Roughly seven months into the program, and HUD reported that just one mortgage had been modified, and after looking into it more closely, I was surprised that it did that well.

Help-4-Homeowners was clearly not a well thought out program. A voluntary program that lenders could chose to participate in, but certainly didn’t have to, it imposed several onerous conditions such as mandatory write downs by lenders of principal amounts owed by borrowers, and mandatory sharing of any equity upside realized by borrowers in future years. Essentially, lenders took one look and said, “We’d rather foreclose,” and borrowers concurred.

I’ve picked on the Help-4-Homeowners program quite a bit of late, mostly because a $320 billion government program that succeeds in modifying a single mortgage is inherently funny, and I cannot be expected to pass such things up. I’d still like to know how much of the $320 billion that was budgeted for the program remained in the kitty after six months, and I’m contacting Treasury to find out, but I’m betting that data is not available, or that their having “technical difficulties” producing it.

What is new about the Homeowner’s HOPETM Hotline is that it’s now the number people are being told to call to get help under President Obama’s “Making Home Affordable” plan, which was announced on March 4, 2009.

The Homeownership Preservation Foundation (HPF), the organization that operates the Hotline, announced on March 19th, that more than 124,000 homeowners have called since the president announced the new plan’s availability, stating in their press release: “More than 13,500 homeowners have called the Hotline each day since the (president’s) announcement, about 3 times the average number of daily calls coming in to the Hotline prior to the release of the president’s program.”

Wow… 3 times the average of the least popular program in the government’s history, Help-4-Homeowners is nothing to press release, in my mind, but so be it. Let’s just hope the program produces a whole lot more than 3 times the results, which would be… hmmm… I don’t have my trusty HP handy… let’s see if I can… carry the 2… minus… oh yeah… 3.

“The Obama administration’s new foreclosure prevention plan has clearly been a catalyst for homeowners to reach out for help.”

Yes, Colleen… with something like I don’t know how many millions of Americans at risk of foreclosure these days, that’s the word I was searching for to describe the 13,500 calls a day: catalyst.

Hernandez went on to say:

“The increase in calls showcases the growing demand for quality, free housing counseling services such as those provided by HPF and the Homeowner’s HOPETM Hotline.”

Is that what it shows? Okay, if you say so. I’m willing to go along with you for the moment anyway.

The thing is, I’ve called this number quite a few times myself and my experiences have only been a catalyst for my penchant for sarcasm. But, because I don’t want to assume that my experiences are representative of a larger group, I want to know how everyone else is doing when they dial the number, which by the way is 888-995-HOPETM.

One of the things that concerns me is the way Ms. Hernandez talked about the need for even more patience than usual, saying: “The recent dramatic increase in calls to the hotline may require homeowners to be more patient than they have in the past.” (Italics mine.) More patient? More?

The last time I called the number, I waited on hold for 45 minutes and finally set the phone down and walked across the street for a piece of pizza… came back and the hold music was still playing through my phone’s speakers. So, in terms of my being able to generate even more patience than was required to stop myself from lying down in traffic after the last time I called, I’m not sure I was raised well enough to pull that together. I was in the Air Force, and I can wait in line for a long time, but after two hours of listening to some of the worst hold music I’ve ever been subjected to I prone to bleeding from my ears.

So, come on… I really want to know. Have you called 888-995-HOPETM? If you have, or even if you know someone who has, would you mind telling me how it went? Leave me a comment here, just click on leave comment at the bottom of this article. I don’t care if it was a good, bad, or indifferent experience; I just want to keep tabs on how the whole answer the phone thing is part of Obama’s change platform, because in my lifetime the government’s never really impressed me with their ability to answer the phone. In fact, it’s always been kind of a weak spot.

But I can hope, right?

These days, with misinformation have taken the place of information in so many cases, I have to wonder… when Hernandez says 13,500 people have called each day, does she mean called… or answered?