According to MSNBC.com, John Schoen “has reported and written about business and financial news for more than 25 years”. Â He produced a series titled The Mortgage Mess in 2008, and as a result won a Best in Business Journalism award from the Society of American Business Editors and Writers. Â That means, when it comes to the mortgage mess, he’s supposed to know something about it.

So, when I read his article of May 21st, on MSNBC.com, “Foreclosures stymie efforts to revive economy. Â Whittled-down housing bill leaves loan decisions up to banks, investors,” I was expecting to read something that would at least reference the private sector’s efforts to help homeowners get their mortgages modified.

But, alas… no. And that’s what qualified him to be this month’s star of Bringing Up the Rear.

In Schoen’s article, he reports that the foreclosures that continue to rise each month are “crimping a long-awaited economic recovery”. “Crimping?” Is that the way you see it, John? The 342,000 foreclosure notices that went out in April, on top of the 290,000 foreclosure notices received by homeowners in March, and the 243,000 in February, are putting a “crimp” our recovery? People are living through the unthinkable tragedy of losing their homes and all you can say is it’s crimping our economic recovery? You’re a real jackass, John, you know that?

To be fair, I had a hard time deciding who to bring up as this month’s Rear. There were so many from which to choose. One of the other contenders was Rick Sharga, a spokesman for RealtyTrac, the organization that tracks foreclosures across the country, and the source of the numbers I’m quoting. CNN/Money had this priceless quote from Rick on May 13th: “April was a shocker,” said Rick Sharga, “I would have bet on a dip because March foreclosures were so high.”

He would have bet on “a dip” in foreclosures? And what would you have me say about that? I can’t curse. Would you want to respond to I-would-have-bet-on-a-dip-Rick without being able to curse? Didn’t think so. 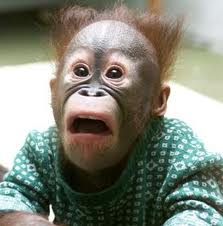 A “shocker”? A “crimp?” Listen guys, get a hold of yourselves. Our economy is melting down. Hundreds of thousands of families are going into foreclosure each month and that number is steadily rising. It’s a catastrophe of monumental proportion. And nothing is in place to stop our slide into a depression that will last for more years than anyone cares to consider. So, to refer to the foreclosure crisis as something that is “crimping” our recovery, or to be in any way “shocked,” that the numbers of foreclosures keeps rising, only shows that neither of you has any idea what’s going on in this country. Back away from the computer screen… perhaps a drive in the country would do you both some good.

Families are losing their homes. Do you know what that feels like… to lose your home… to have to tell your children that they will have to leave the safety of their own bedrooms… to be unable to sleep as the months go by… as you await that final day when you’ll load up the car and drive away from your home afraid to look back? Do you know what that’s like? Can you imagine it? To look into your wife’s eyes as she’s packing up the house, your family’s memories and dreams of the future fading away? And then to be told that it’s your own fault? You did this… you caused this? It’s your own decisions that are creating the scars that may never heal?

At least Schoen’s story described President Obama’s latest bill to help homeowners as being a “whittled down attempt,” but then he went on to say, “But the latest effort may not be strong enough to reverse the downward spiral that has gripped the housing market and the economy.”

It “may not be enough”? Like it “may” be enough? Okay, that’s enough Johnny-Boy. President Obama’s plan isn’t even designed to stop homeowners at risk of foreclosure. It’s designed to help homeowners who are mildly annoyed with their mortgage payments. The president is hoping that if he helps some people refinance at a lower rate, they’ll spend the extra money on stuff they don’t need, thereby helping the economy. It’s a ridiculous proposition, in light of everything else that’s happening, but I suppose it falls into the “it couldn’t hurt” category.

Schoen also correctly points out that the only provision of the latest bill that might have actually helped someone keep their home, known as the “cram down” provision, was “tabled”. The Democrats seem to want the provision, but the banking lobby clearly does not, so obviously that’s that.

He also points out that “homeowners stuck with unaffordable payments, or who now owe more than their house is worth, must slog through the red tape of negotiating a new loan with their lender,” and “slog” is obviously a euphemism for “get nothing done and lose your house”.

Schoen’s article included an example of “slogging” by stating that “Courtney Scott, 60, a retired nurse living in Atlanta, has been trying for over a year to get her loan modified”. I don’t know about anyone else, but in my mind, if you’re trying something for a year and it hasn’t yet worked… then it doesn’t Goddamn work. And just in case my mother’s reading this, don’t give me any of that “if at first you don’t succeed” drivel… after a year, I already “tried and tried again,” and the thing I’m trying is broken and won’t work.

RealtyTrac reports that they expect 2.4 million foreclosures this calendar year, which means the end of our national nightmare is nowhere in sight. The government’s response continues to be wholly inadequate. And the idea that homeowners can all simply call their bank directly and negotiate their own loan modifications is so preposterous that I can barely talk about it anymore.

The ultimate solution to the foreclosure crisis won’t be found without the private sector loan modification firms that represent homeowners in their negotiations with lenders and servicers. You know, the firms that Obama and Geithner claim to be “scams” simply because they charge a fee for their services.

The simple fact is that only small businesses in the private sector have the capacity to handle the volume of homeowners that need help. But Schoen manages to write an entire article about the foreclosure crisis without mentioning the private sector at all… not even once.

Schoen also regurgitated this month’s quote from Treasury: “The Making Home Affordable program, for example, gives cash incentives to lenders who provide foreclosure relief. In the first two months, some 55,000 homeowners were offered more affordable terms, according to the Treasury.”

Anyone that knows me knows that I hate being treated like I’m six. Offering people “more affordable terms” is more of the same blathering that we used to hear from the Hope-4-Homeowners program that after more than six months, succeeded in modifying only one mortgage. Our government has failed us at every turn in this housing led economic collapse, and the sooner we realize it, the better off we’ll all be.

It’s obvious to me that we shouldn’t be depending on anyone else to stop this crisis, and if you’re still unsure, here’s what Schoen’s article quoted Mark Zandi, chief economist at Moody’s Economy.com as saying: “We’re counting on the president’s loan modification plan to really kick in here. But it hasn’t yet, and we need to see it”. 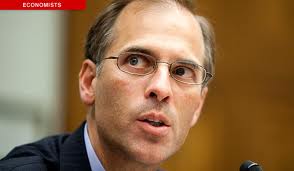 Ladies and Gentlemen that’s the chief economist at Moody’s, Dr. Mark Zandi. And just so we’re clear, you and I, here’s an overview of Zandi’s bio and background:

His recent research has studied the determinants of mortgage foreclosure and personal bankruptcy, analyzed the economic impact of various tax and government spending policies, and assessed the appropriate policy response to bubbles in asset markets.

Mark is the author of Financial Shock, an exposĂ© of the sub-prime financial crisis. He was an economic advisor to the John McCain campaign for president, has provided advice to the Obama administration, and regularly testifies in Congress. His most recent testimony has been on the economic impact of fiscal stimulus and the merits of providing government aid to the vehicle industry.

Okay, got it? Now that last quote once again… here’s Zandi on the foreclosure crisis:

“We’re counting on the president’s loan modification plan to really kick in here. But it hasn’t yet, and we need to see it”.

FYI: Be sure to check out my monthly column on the last page of The Niche Report…Â Bringing Up the Rear.

For a complimentary subscription to The Niche Report visit: http://www.thenichereport.com. And if you want to make me look good, tell them Mandelman sent you.