Home  »  The Letter I Sent to Senator Feinstein Today…

The Letter I Sent to Senator Feinstein Today… 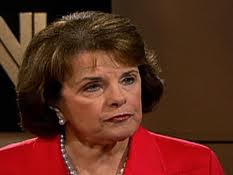 What follows is the text of a letter I sent to Senator Feinstein today. The situation is grave and worsening as related to private sector loan modification companies. Soon they will all be gone if something isn’t done by those in government, and once that’s the case, homeowners will have nowhere to turn for help. I know… they can call the government hotline, but I’m tired of being nice about this… after 47 years on this planet, I can’t believe anyone believes the government program will work, much less help. And anyone who tells me that homeowners can simply call their bank and get their loan modified is simply delusional.

Please help me preserve the only chance we have at a solution to the foreclosure crisis that doesn’t cost the taxpayers countless billions… the only solution that makes the banks fix the problem they played a large part in creating. We don’t need bailouts. We just need loan modifications. And the legitimate companies that are helping consumers remain in their homes and avoid foreclosure are the last companies we need to put out of business.

Use any or all of the text that follows and send as many letters and Emails as you can. Send them to your state senators, congressional representatives, and Departments of Real Estate. But please, do it today… or tomorrow might be too late.

Lately, I have been paying close attention on the government’s position on the emerging loan modification industry. I am writing to you today because it has become abundantly clear to me that the government, I assume unknowingly, is making the situation measurably worse for distressed homeowners.

Several weeks ago, I was shocked to hear President Obama, while talking about mortgage loan modifications made the statement “If you have to pay, walk away.”

While I couldn’t agree more that fraudulent operators who deceive homeowners should and must be stopped, there are many legitimate loan modification companies in California and across the country; companies who are each successfully modifying hundreds of mortgages a month and thus making it possible for people to keep their homes. Their work benefits not only the homeowners themselves, but also our society as a whole.

The fact is, to-date these companies are the only organizations who can claim success in this area. The government programs, such as the Hope for Homeowners program initiated by President Bush, have failed. The banks have most definitely failed homeowners and our nation at every turn. Only the legitimate, private sector loan modification companies have a track record of significant success.

So they charge a fee? Of course they do. Charging for services is not a bad thing. Charging and not delivering is a problem. The President’s characterization of loan modification companies as being bad because they charge a fee is not only unfair, it’s causing irreparable damage to the only industry that’s helping to stem the tide of foreclosures in this country.

You need to know that very soon, it will be too late. All of the legitimate and reputable loan modification companies will be gone and homeowners will be left with only two options: Qualifying for President Obama’s loan modification program. Or attempting to negotiate with their bank directly. Neither is a good option for millions of homeowners, especially in hard hit states like California.

The President’s plan only applies to mortgages securitized by Fannie Mae and Freddie Mac, but the data shows that in 2005 & 2006, a full 65% of mortgages were not securitized by Fannie or Freddie. And these are the loans most at risk of foreclosure. Even the administration readily admits that the Affordability and Stability Plan won’t help millions of distressed homeowners.

You should also know that I’ve seen a great written about the potential for homeowners to negotiate directly with their lenders and I have to tell you that as answers go… this has already proven itself to be a particularly ineffective path. Among other things, just imagine a distressed homeowner calling a bank in an attempt to negotiate with a major financial institution and the picture should begin to emerge. Banks are debt collectors by nature, obviously much more concerned with their profits than a homeowner’s hardship.

The overriding point is that, as a result of the media’s attention to the fraudulent loan modification scams, and compounded by the President’s statement and very clear messaging found on the Treasury’s Website, legitimate loan modification companies will soon be gone, and there is nothing in place to replace the valuable work they do on behalf of homeowners to reduce the number of foreclosures.

The California Department of Real Estate has weighed in with what they refer to as an “advance fee agreement,” which states that a loan modification company cannot charge more than 30% of its fee up front, which might not be too bad, except that it also says that once the consumer’s mortgage has been modified, the balance is only payable by the consumer if the consumer is “satisfied,” and there is no objective definition of that satisfaction. This effectively puts all legitimate loan modification companies operating under DRE rules out of business, as no reasonable company could operate under such conditions.

Today’s homeowners are becoming increasingly problematic. There is a growing attitude of entitlement that is resulting from the media’s reporting of bank improprieties, AIG bonuses, and the like. Just this morning, one CEO of a highly effective loan modification company in Irvine, CA, was reported to have said that just today, two homeowners that received significant modifications as a result of his firm’s services turned them down because they said they weren’t good enough. One was offered a reduction to a 0% interest rate and the other to a 3% rate.

Having watched this crisis for the last two years, it has become painfully obvious to me, that both the state and federal government have no idea how to handle the foreclosure crisis in this country. Neither appears to understand how to differentiate between a fraudulent loan modification company and a reputable one, and therefore have chosen to brand them all with the same brush… “If you have to pay, walk away.”

I implore you to look at this issue more carefully. The number of foreclosures is rising each month and until something is done to slow this progression, our economic recession will only deepen, people will become more disillusioned and angry, and political support to do the things needed to right our economy, already scarce, will become nonexistent.

Last week the CEO of a property preservation company headquartered in Tustin, CA was interviewed by a columnist on ML-Implode.com. His company reconditions foreclosed homes on behalf of banks so they can be put back on the market. He said that increasingly, homeowners are damaging or destroying their homes before they leave them. A 61 year-old man in upstate New York recently rented a bulldozer and reduced his foreclosed home to rubble just two days before a forced sale was to take place. The level of homeowner unrest is rising fast and I fear will soon deteriorate until it becomes unmanageable.

It seems unquestionable that we need to develop real world solutions to the foreclosure crisis, solutions that protect homeowners, while providing them with the choice of hiring a professional and reputable loan modification company to work with their bank to prevent foreclosure of their home.

Calling the government does not even approach being a total solution, let alone the fact that no government program is even in place today. And calling one’s bank directly is an absurd proposition, as even Rep. Waters found out on ABC’s Nightline over a month ago when she tried it herself and found it more than difficult. Dozens of homeowners have reported trying to work with their bank for months at a time to no avail.

“If you have to pay, walk away,” was clearly not a well thought out statement for President Obama to have made. The fact that some loan modification companies have proven themselves to be scams is reason to regulate the industry to prevent scams from operating. It is not justification to put the entire industry out of business, especially when there is nothing to take its place.

Loan modifications don’t spend taxpayer dollars. How can we be eliminating the porential for this type of solution, as we watch untold billions get pumped into banks and numerous others?

Consider that there have been countless securities scams over the years, Bernie Maddof’s certainly comes to mind, but I don’t remember hearing a president tell the American public “If you have to pay, walk away,” about licensed securities dealers as a whole. No one tries to put the securities industry out of business because some operators are shown to be scams.

The people being harmed, both the distressed homeowners and the reputable loan modification companies that are helping people remain in their homes have no lobby. No one represents them, and they are the ones being harmed and the ones helping.

The government’s response to the foreclosure crisis is fast becoming a real travesty, and one for which we will all pay the price for years to come.