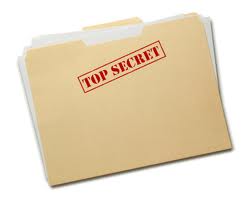 I did not write that headline. That’s a headline from this morning’s New York Times. That’s what I woke up to. What kind of day can anyone be expected to have after waking up to that kind of headline? That’s the kind of headline that can make someone decide to load their 9 millimeter and take it with them to work for no reason.

Ever been lied to by a teenager? You know, the kind of elaborate lie that parses out information over time and leads you down a primrose path to nowhere. The kind of lie that actually makes you embarrassed for the person while he or she is telling it.

Well, welcome to the good old U.S. of A. in 2009, and the story of our nation’s banks as told to us by our government. It’s an epic tale of romance and intrigue, but without the romance. A tale that can’t simply be told, it must be carefully crafted, edited, rehearsed, and precisely executed. “People… it’s “The U.S. Banks”… take one… take your positions… we need to get this on the first take… let’s do this… I need you looking  serious yet hopeful… and… ACTION!”

I wonder which is harder to draw up: the plans to disclose the conditions of our largest banks, or the plans to withdraw American troops from Iraq. Actually, I think I know the answer to that question: It’s the banks by far, and that should be the most horrifying item of the day.

So, the Obama administration is drawing up the plans to tell us how our banks are doing. Sounds reasonable, right? Careful planning is important, right? So, okay fine. And then I read this in the Times’ article:

“The purpose of this program is to prevent panics, not cause them,” said one senior official involved in the stress tests who declined to speak on the record because the extent of the disclosures were still being debated.

It’s a program? Telling us about the health of our nation’s banks is a program with a purpose? And the purpose is to prevent panics? And here I thought the purpose might have been to explain things clearly so we understand them. No?  Go figure.

Here we have a senior official who declined to speak on the record because: “the extent of the disclosures were still being debated?” Were they now? By the Obama administration? Now that’s transparency for you. Change I can Goddamn believe in. I can just imagine trying that with my wife, “Give me a minute honey… I’m still debating the extent to which I’m going to disclose.”

What the hell happened to: “the truth, the whole truth and noting but the truth, so help me God?”

Out of vogue, I suppose.

The administration has decided to reveal some sensitive details of the stress tests now being completed after concluding that keeping many of the findings secret could send investors fleeing from financial institutions rumored to be weakest.

So, that means that the Obama administration figured that if they didn’t say anything, people would start rumors and flee from the banks rumored to be weakest. Of course, I suppose the flip side would be that they’d be telling us which ones were weakest and then at least we’d be fleeing from the right ones.

And the Times story went on…

While all of the banks are expected to pass the tests, some are expected to be graded more highly than others. Officials have deliberately left murky just how much they intend to reveal – or to encourage the banks to reveal – about how well they would weather difficult economic conditions over the next two years. As a result, indicating which banks are most vulnerable still runs some risk of doing what officials hope to avoid.

Okay, that one got me. I give. What the heck did that paragraph mean? I’m betting the writer at the Times that wrote that paragraph went on disability as a result. I read it twice, and had to put a cold compress on my forehead and sip some club soda as a result.

And there was more…

The decision on handling the stress tests underscores the delicate balancing act by the government, which has spent hundreds of billions to stabilize banks. Despite some signs of improvement in the financial system, many economists remain concerned that banks are still weighed down with toxic assets stemming from the housing downturn.

The administration is involved in a delicate balancing act… apparently. On one side, I suppose, would be… telling us the truth. On the other side, total deception. That’s a balancing act all right, although I’ve never heard that kind of balancing act described as being particularly “delicate”. Truth… Lies… what’s so delicate about that?

Can you imagine the New York Times reporting that about Bernie Madoff. “Mr. Madoff was engaged in a delicate balancing act for many years…” Oh really, is that what he was doing? And here I thought it was just a case of flagrant lying, cheating and stealing with Helen Keller in the role of the SEC regulator.

I know, it’s not a good analogy because the Obama administration is only engaging in its difficult balancing act between telling the complete truth and lying for the good of our nation. It’s not a bad thing. The only decent thing to do was to deceive us… I understand.

More from the Times article…

Until now, the Treasury Department has simply said that it will reveal the amounts of any new infusions of capital into banks that regulators judge to be at risk if the economic downturn is prolonged or the economy takes a further dive.

This sounded like a fine plan to me. The administration’s old plan was to just “reveal” how much of our money was being poured down the rat hole as the rats needed it. See, I knew he’d come through… there’s that transparency Obama’s always talking about.

Plus, that plan might be more fun. We wouldn’t know which banks were on somewhat solid ground and which were about to implode until the administration informed us of how screwed we actually were each morning. They could set up a Website that we would check every day to see our money being flushed down the toilet… oooh… that’s sounds fun, doesn’t it? And with the right graphics and sound effects… don’t just say no… at least sleep on it.

So, what caused the administration to abandon the old “surprise ‘em” plan and develop something more obtuse? According to the Times, it was all the positive news that banks have been reporting of late. It seems that, in true down-the-rabbit-hole fashion, the positive news has created quite a problem. (Don’t get frustrated with me… it’s The New York Times, for heaven’s sake.)

Here’s how the Times explained it:

The administration’s hand may have been forced in part by the investment firm Goldman Sachs, which successfully sold $5 billion in new stock on Tuesday and declared that it would use the proceeds and other private capital to repay the $10 billion it accepted from the government in October.

That money came from the Troubled Asset Relief Program, or TARP, and Goldman’s action was seen as a way of pre-disclosing to the markets the company’s confidence that it would pass its stress test with flying colors.

Goldman’s action has put pressure on other financial institutions to do the same or risk being judged in far worse shape by investors. The administration feared that details on healthier banks would inevitably leak out… leaving weaker banks exposed to speculation and damaging market rumors, possibly making any further bailouts more costly.

For one thing, President Obama, don’t let Goldman Sachs force your hand… on anything… ever. Most Americans consider the guys at Goldman Sachs only a couple of ticks above those pirates off the coast of Somalia, and we all saw how efficiently our NAVY SEALS handled them. So, if Goldman even tries any hand forcing, you should feel free to use that hand to smack them across the face. I guarantee your approval rating will jump up 10 points overnight. Just so you know… happy to help.

President Obama… in closing I can only say, don’t make me read any more articles like this one… please? You’re a smart guy and the American people are all smart enough to have figured out that our banks are in trouble because of their own greedy and self-destructive behavior. We’ll understand if you lose your temper with them, and we’ll respect you for standing up to them.

But, don’t hide things, spin things, or omit things about the banks that we’re bound to learn later, because that’s not just politics as usual, that’s politics at its worst.

Tell us the truth. Other than the people representing us in congress, we’re pretty much all grown-ups.

We can handle the truth.