Originally posted in April of 2009… but important to understand today. 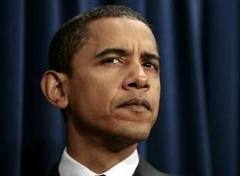 President Obama has apparently embarked upon a campaign to put all private sector loan modification firms out of business because some are apparently scams. It’s a curious approach when you consider that there have been and continue to be countless stock market related scams in this country, but I can’t remember a president telling me not to pay my financial advisor as a result.

Speaking on the subject of his housing rescue plan, which will, once it’s available, offer to modify certain mortgages, the president has said on several occasions: “If you have to pay, walk away.” So, the fact that they charge a fee makes them a scam? And here I always thought that it was charging a fee and not delivering a service that was a problem. Just the fact that a firm charges a fee… well, not so much, right?

If the president is right about the whole charging a fee issue, then why does the California Department of Real Estate tell homeowners that they should be sure to use a loan modification firm that uses its “Advance Fee Agreement”? I’m confused.

President Obama has also said that people don’t need to pay a fee to have their loan modified because they can simply call their banks directly. I was curious about this, so I went to IndyMac Federal’s Website that advertises their new streamlined loan modification service. Here’s what it says in the first three paragraphs:

Unusually forthcoming, if you ask me. The bank is telling you right up front that they’re happy to negotiate a modification of your mortgage in their best interests, certainly not yours. And that’s what they should be doing, I suppose. But as a homeowner, don’t I want someone who knows mortgage modifications to be negotiating on my behalf?

Telling me I don’t need to pay an expert to represent me with my bank seems like the police telling me that I don’t need an attorney after I’ve been arrested because I can just ask the District Attorney any legal questions I might have. Gee, thanks for the advice, but I think I’ll go ahead and call my own lawyer anyway, okay?

Here’s where our country stands on the issue of mortgage modifications as of today:

1. President Obama’s Affordability & Stability loan modification and refinancing program is not available today. The Treasury says that contracts are going out to the banks in April, however, so as soon as that contracting process has been completed and the banks get all of the details into their systems, we’ll see what happens.

The government’s current loan modification assistance program, which was funded to the tune of $320 billion last July 30th, has successfully modified ONE mortgage as of April 8, 2009, according to HUD. Yes, you read that right… one. They’ve received 865 applications, and modified one mortgage. Hopefully the program has some money left over, and I’m anxious to hear exactly how much it cost the government to modify that one mortgage, aren’t you?

2. The president’s plan, by his own admission, will not help millions of homeowners at risk of foreclosure. FDIC Chair Sheila Bair shares the president’s view. Speaking to ABC News on February 19, 2009:

“Bair also said that the (program’s) huge expenditure won’t halt an avalanche of foreclosures, conceding that there are millions of homeowners that are now so far ‘underwater’ – their homes now worth less than their mortgages – that they will inevitably lose their homes.”

You see, among other restrictions, the president’s plan only applies to mortgages securitized by Fannie Mae and Freddie Mac, but since 65% of the mortgages originated in 2005 and 2006 were not securitized by either Fannie or Freddie, obviously there will be more than a handful of folks that won’t be able to seek help under the soon to be available government program, which for the moment we’ll assume will work at least somewhat better than its predecessor.

What should these people do? Why call their bank directly, of course. The president feels certain that your bank will be all too willing to help you out by writing off some of the money you rightfully owe them. Why wouldn’t they? They’ve always been so helpful in that regard in the past.

Why would President Obama believe that individual homeowners who can’t make their mortgage payments would be able to call their banks directly to negotiate a modification of their mortgages? Wasn’t he an attorney before his rise to fame, fortune and glory? Well, he asked Treasury about it and Treasury informed him that they had checked with the banks and the banks had assured them that they would be more than willing to help.

I’m sure they would prefer to negotiate with John and Jane Homeowner than an attorney or mortgage expert who is representing the homeowner. In fact, I’m sure they’d much rather negotiate with someone like me than someone who has actually read the documents associated with a mortgage. Me? I just signed where they told me to sign like everyone else.

3. Then there’s the private sector’s Hope Now Alliance, a consortium of lenders (a euphemism for banks) and mortgage servicers (also like banks) that have banded together underr intense pressure from state and federal officials to “help” prevent foreclosures by modifying the mortgages of troubled homeowners.

Hope Now says it modified hundreds of thousands of mortgages in 2008, and is on track to double the number in 2009. The problem is the re-default rate appears to be quite high. Like 50% high. The Hope Now Alliance says it’s having trouble estimating the number of homeowners that it has helped that have re-defaulted six months or a year later. I guess they’re just not good with numbers.

Luckily, the Office of the Comptroller of the Currency, and the Office of Thrift Supervision have been able to keep track of the re-defaults and it doesn’t look good. According to the LA Times on December 26, 2008:

“More than 50% of loans modified this year were delinquent again within six months, according to a joint report Monday from two federal bank regulators, the Comptroller of the Currency, and the Office of Thrift Supervision. There are problems with both industry and government programs. For instance, Hope for Homeowners, run by the Federal Housing Administration, has been criticized as too expensive and onerous to substantially reduce the problem.”

I see. So, there are problems when banks negotiate directly with distressed homeowners over loan modifications, are there? Well, who would have ever thought it? I can’t even imagine why that would be. If you’re confused in the least, please refer to point #1, above.

4. And then there are private sector loan modification companies. These companies have sprung up over the last 18 months to help the growing problem of people finding themselves unable to make their mortgage payment and being unable to refinance. Some are licensed by state regulatory agencies, such as California’s Department of Real Estate, and others are law firms.

I checked out one such company operating under the law firm model and they showed me their internal reports, which showed that they modified almost 400 mortgages in March of 2009 alone. They claim that they will modify 600 mortgages in behalf of troubled homeowners in April. And most interesting to me was their claim that more than 90% of the mortgages they get modified, are paying as agreed one year later.

Of course, as might have been expected, there are companies that entered the previously unregulated loan modification field with the intention of defrauding homeowners. The State of California claims to be investigating 250 of these incidences, and the Washington Post recently reported that the FBI is investigating roughly 1600 cases of alleged fraud by loan modification scammers.

No one would ever defend a company that preys on and defrauds troubled homeowners. Clearly, they should be brought to justice. The rest of the industry, however… the legitimate loan modification firms, should not be unfairly maligned by the President of the United States simply because they charge a fee for their highly valued services. Regulate the industry, don’t throw the baby out with the proverbial bath water.

The government has failed us at every turn in the housing and foreclosures crises. They now claim that their new plan will help 7 million to 9 million homeowners, well… sometimes they say 3 million to 4 million… and sometimes they say 5 million to 7 million. Here’s what ABC News quoted Ms. Bair as saying during her interview of February 19, 2009:

Sheila Bair also told ABC News that Obama’s plan will “at least help 3 million to 4 million of those borrowers in distress”. However, Bruce Marks, CEO of the Neighborhood Assistance Corporation of America dismisses Bair’s claims. Marks told ABCnews.com: “She is absolutely wrong. It will have minimal impact. They have pulled from the sky the 4-5 million mortgages that will be affected. It’s just hype.”

Well, that certainly makes it all very clear… sounds like par for the government’s course, to me. Here’s something for the government’s suggestion box, if such a thing exists. Since there are unquestionably millions of Americans in need of assistance related to modifying their mortgages, and since the government’s last program was a miserable failure and the new one isn’t yet available… how about we don’t go reducing the options available to homeowners in distress quite yet. Private sector firms that charge a fee to help troubled homeowners are just an example of the free market at work. These firms represent the homeowner and negotiate with lenders to get the best outcome possible for that homeowner. That process doesn’t cost the taxpayer a dime. The homeowner pays the expert, and the bank agrees to modify the loan as a result of negotiations with that paid expert. Sounds a lot like a normal business practice to me.

Of course, I’ve only owned my own home and my own business for twenty years now… so what do I know?