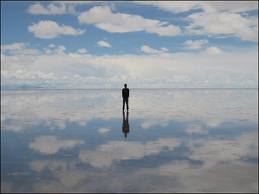 Yes, you read that right… just one very lonely mortgage.  Only 399,999 more to reach their goal!

Well, it’s been a long time coming in my opinion, but Brian Sullivan of Fox Business News has finally looked under the covers at HUD and found an Emperor missing his PJs. As it turns out, the Hope for Homeowners program, which had $320 billion in taxpayer dollars to spend as of last July 31st, and was supposed to benefit 400,000 homeowners at risk of foreclosure, has received 865 applications… and modified ONE MORTGAGE. Well, woo-hoo!

Apparently, Brian Sullivan interviewed HUD Secretary Shaun Donavan today, and during that interview Donavan disputed the number. But, Sullivan provided his source for the information and wonder of wonders, the information came straight from HUD and showed that exactly one mortgage has been successfully modified and endorsed by FHA under the Hope for Homeowners plan as of April 8, 2009.

Here’s the link to the email thread between Sullivan and HUD, boys and girls:http://briansullivan.blogs.foxbusiness.com/2009/04/09/hud-needs-to-check-their-numbers/

The Hope for Homeowners program was signed into law on July 30th, 2008 by then President Bush. It was set up to, according to the program’s Website: “help those at risk of default and foreclosure refinance into more affordable, sustainable loans. H4H is an additional mortgage option designed to keep borrowers in their homes.”

That’s right… it a government program designed to help homeowners avoid foreclosure. As in… Please sir… can I have some cheese. I have no idea how I’m going to do it, but if there’s a God, I’ll find out who that lucky homeowner is, because if I do I’m flying in for an on camera interview for sure. 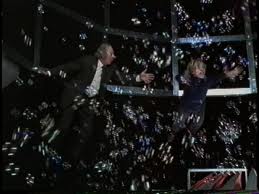 So, I have a new idea for the federal government for their next help for homeowners program. I’m serious here, I think it would work much better and probably pay for itself too. Here it is:

The Federal Government has hidden 5 Golden Tickets inside chocolate Wonky Bars that are then distributed all over the United States. Whoever finds a ticket calls the government hotline and that’s when the clock starts. If the government answers the phone before they lose their house to foreclosure the government comes out, accuses the people who found the ticket of drinking fizzy lifting drinks, and pays off their next-door neighbor’s house instead! It would be fabulous, don’t you think? Like American Idol, or Survivor.

I even have a name I’d like to float out there: The Amazing Farce.

Give it a moment… don’t rule it out right away. Let it sit with you… it might grow on you.

Okay, I’ll get back on track. The first question you have to ask yourself is… 865 applications? Wow. When you consider that there are millions of people out there at risk of foreclosure, how unpopular does a program that offers to save your house have to be in order to get 865 applications out of millions of troubled homeowners? I mean, out of a million people, you’d think more than 865 would buy bags of dog sh#t for a dollar.

The Hope for Homeowners program was scheduled to run from October of last year through September 30, 2011, so in all fairness maybe we should give it a chance. At this rate, by 2011 they could conceivably have modified… let’s see… carry the five… divided by three… hmmm… it’s hard to say… well… maybe as many as nine mortgages. Hey come one… nine’s not that bad. It’s a government program, remember. Besides, there’s good news, too. If they started with $320 billion, you’d have to think that they still have some of that money, right? Because if they don’t… like if we paid billions to modify one $210,000 mortgage that was $45,000 underwater, well then I’ll meet everyone at the U.S. Capitol next Wednesday at noon. And when I say everyone, I fully expect to see at least 200 million people on hand.

So, then I thought that maybe the problem is that not enough people have heard about it.

“…between this aggressive educational campaign and the tremendous amount of publicity the program has received from the press, there is no doubt that homeowners in need of help are fully aware that it is available. In fact, since last September, the FHA call center has received more than 66,000 consumer and industry inquires regarding the program, which represents about 45 percent of all incoming calls.”

Well, alrighty then… it’s not that. Fair enough. 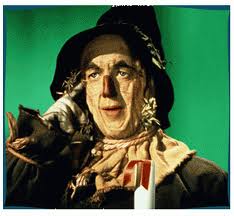 Sullivan also raised the possibility that too much knowledge might be the problem. The Hope for Homeowners program requires homeowners to share in any future price appreciation of their homes. HUD’s example shows a homeowner that participates in the program staying in his or her home for twenty years. The home’s price goes up by $70,000 after all those years and before selling the house, he or she has to write the government a check for $35,000.

The way Sullivan puts it, “In other words, the taxpayer receives compensation for the risk assumed.”

Sullivan says that HUD wants to change or eliminate this aspect of the program. He received an email from a HUD official who wrote:

“This refinance program needs modifications to make it more attractive to both homeowners and lenders. The Administration supports Congressional legislation designed to bring about those changes. Congressional reforms are in HR 1106 in the House and are being considered in the Senate as well.”

Okay, so they’re working on it. Don’t hate the program… it just needs to be… wait for it… modified? I’m willing to help in any way I can. If you’re with the government and want my help, just call the number I provide at the bottom of this article… and sit on hold until my 92nd birthday, you incompetent boobs.

Sullivan goes on to compare the government’s most embarrassing moment to a private-sector homeowner assistance program called the Hope Now Alliance. The private sector… hmmm… that couldn’t possibly have worked any better could it? I’ll look it up… oh here it is…

Washington, D.C. (March 30, 2009) – HOPE NOW, the private sector alliance of mortgage servicers, non-profit counselors, and investors that has been working aggressively to prevent foreclosures and keep homeowners in their homes, today announced that its members and the larger mortgage lending industry modified 134,000 mortgages in February, a 9 percent increase over the number of mortgages that were modified in January.

The combination of 134,000 mortgage modifications and 110,000 repayment plans means that, in February 2009, HOPE NOW members and the larger mortgage lending industry helped 244,000 at-risk homeowners (homeowners in danger of losing their homes) avoid foreclosure through one of these two mortgage solutions. This is the first time since HOPE NOW began to compile data in July 2007 that the number of foreclosure preventions has exceeded 200,000 for 6 consecutive months. This is a more than 30 percent increase over the last six months.

The HOPE NOW February data shows that modifications were more than half of all solutions provided to homeowners. And the number of foreclosures started in February increased from 217,000 in January to 243,000. Uh oh… what’s happening here? Foreclosures are still rising? Oh, don’t worry… President Obama has another government assistance program about to kick into high gear… so everything’s gonna’ be just fine.

Sullivan, however, skipped over the dark side of the Hope Now program.

The problem with Hope Now has always been the percentage of re-defaults. You know, people who get their mortgage modified, but then six months later end up in default again.

Remember, Hope Now is an alliance of lenders, which is a euphemism for the word banks. The alliance said it was on course to double the number of loan modifications it completes in 2009. But the group could not estimate how many of the homeowners it had helped fell back into delinquency.

So here we have yet another group of accountants that seems to have a hard time keeping track of numbers. Well, some numbers anyway. The numbers that make them look good they have on hand at all times. The other numbers… well… give us a minute… I’m sorry, we’re having some trouble… technical difficulties… can we get back to you on those?

Someone kept track though… the Office of the Comptroller of the Currency, and the Office of Thrift Supervision. Well, thank heavens for them, huh? According to the LA Times on December 26, 2008:

“More than 50% of loans modified this year were delinquent again within six months, according to a joint report Monday from two federal bank regulators, the Comptroller of the Currency, and the Office of Thrift Supervision. There are problems with both industry and government programs. For instance, Hope for Homeowners, run by the Federal Housing Administration, has been criticized as too expensive and onerous to substantially reduce the problem.”

“I think we all believe that more efforts can be made by industry and government to help homeowners,” said Tom Deutsch, deputy executive director of the American Securitization Forum. “Ultimately the macroeconomic conditions have made it a much more challenging environment.”

According to U.S. Comptroller John Dugan:

I wonder why the lender alliance loan modifications have such a high default rate? Hmmm… let’s see. The lender works with the troubled borrower, trying the entire time to GET AS MUCH MONEY AS POSSIBLE OUT OF THE TROUBLED BORROWER’S POCKET. That’s what’s happening nimrods! Do you need to conduct a government study to figure it out? Think we should call Harvard, or put the NASA guys on it?

It would be like if we got rid of defense attorneys and then sat around wondering why so many more people were getting convicted and going to jail. “It’s weird, isn’t it? I just can’t figure it out. All of a sudden everyone’s losing in court. Do you think it’s the full moon? Spooky.” Morons.

Obviously, it’s time for a little Mandelman University. I’ll be your professor… take your seats…

“Well, excuse me… hey fellas… guys and gals… psssst… over here… it’s me… Mandelman. That’s right… the guy with the fully developed adult brain. There is an answer here. You could spend a weekend figuring out how to regulate the private sector so companies could handle the negotiations for the troubled homeowners. They’d jump in for sure. They’d make a profit and guess what else? Anyone? Anyone? No one? Come on people, didn’t anyone do the reading assignment?”

“Well, they’d hire people, that’s what! Yes they would. It’s funny how capitalism works isn’t it? Oh, President Obama, I’m glad you’re here. Just back from Europe are you? Yes, well it did look fun. You’re just in time for our free market capitalism class. Here’s how it all works. Barney, sit the F#@k down and pay attention. Nancy, put the make-up away and give me that gum.”

“Don’t worry people… you get to regulate stuff. Plenty of regulation, lots of stuff to keep tabs on, or fail to keep tabs on. It’ll be just like the old days… only this time some of you will actually do your jobs! Yes, I know that’s going to cut down on your free time, but hey… it’s only a couple of hours a day, you can handle it. Just think, you’ll actually be able to tell stories about all the hard work you’re doing when it comes time for re-election season. Oh, it’s always re-election season. That’s right, I forgot.”

“Why do you all look so sad? Oh, I know… it’s sad to see a problem go away. Well, yes it can be. We’ll all miss it. But you can always screw something else up next year… come on… let Iran build a nuke. See I knew that would cheer you up. See there’s still some fun to be had. And if you can’t wait for that one, monkey around with health care and education for a while… that’ll be a kick, won’t it. See, all smiles… I’m glad I could help.”