This article was originally published in April 2009, but since we don’t seem to have moved forward since then as far as the foreclosure crisis is concerned, it deserved to be republished. 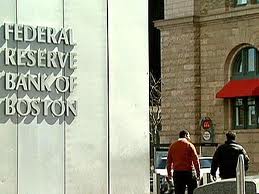 The Federal Reserve Bank of Boston released the results of its in-depth study on President Obama’s plan to solve the foreclosure crisis, and the conclusions shocked politicians and bureaucrats alike from coast to coast.

According to the study, lenders don’t modify the loans of borrowers at risk of foreclosure because to do so would likely mean having to reduce the amount of money the borrowers owe the bank, and therefore could potentially end up costing the bank money.

As a result of the study’s findings, it’s now considered possible by those inside the Beltway that the Obama administration’s only effort to solve the foreclosure crisis, which provides the lending industry $75 billion if they would simply agree to lose more money by modifying delinquent mortgages to more affordable levels from the homeowner’s perspective, is not likely to be nearly as effective as has been promised by the administration on literally dozens of occasions.

Boston Fed senior economist Paul S. Willen, who is a co-author of the study, commented that the program would be better off giving the money directly to struggling borrowers to help them with their payments, as opposed to handing the cash to lenders where it sits in vaults and is only paid out in the form of lavish bonuses to senior executives whose greed and incompetence has never been exceeded in the history of the world.

(Okay, so far everything I’ve written is 100% true, except that I’ve rephrased things to illustrate how absurd the whole thing is in my mind. The only sentence that isn’t true is the last one of the preceding paragraph about the money given to bank sitting in vaults and being paid out in lavish bonuses to greedy and incompetent executives. Well, I should say that I think that sentence is true, but it wasn’t reported as part of the news story on the study.)

“Loan modification is not profitable for lenders,” Willen said. “If it were profitable, they would go out and hire staff.”

Barney Frank, Chairman of the House Financial Services Committee, after considering the study’s implications carefully, said that the results may lead to unraveling the mystery about why so few struggling homeowners have been able to get help. “Let’s not jump to conclusions on this,” Congressional Representative Frank cautioned. (Okay, Frank didn’t really say that last line about not jumping to conclusions, nor did he use the phrase “unraveling the mystery, but the rest is straight from the news reporting on the study.)

Frank is holding a hearing Thursday on his proposal to provide government loans to homeowners who have lost their jobs and can’t qualify for loan modifications and other help because they don’t have income. “We need to give more loans to people who don’t have income,” Frank said. (Okay, Frank didn’t really say that last line, but the rest of that paragraph is 100% true.)

“The problem is worse than we thought,” Frank said. Honestly, we figured that this whole thing would be wrapped up in a bow by possibly Memorial Day, but for sure by July 4th. “The failure to do these modifications means the whole situation stays bad longer, so now we may need all the way to Labor Day to get the foreclosures under control. This is going to screw up my vacation plans… It’s very disappointing.”

(Okay, Frank didn’t say all that stuff about wrapping everything up by Memorial Day, but he did say the first line about “the problem” being “worse than we thought”.)

The study looked at 665,410 mortgages, originated from 2005 to 2007 that had since become delinquent, and followed about 150,000 borrowers for six months after they received some sort of undefined help, through the end of 2008. (I added the word “undefined”.)

The study acknowledged that the lenders may have some compelling reasons to avoid looking for new borrowers to help, which would justify their compulsive lying about their willingness to do so. (Okay, I added the part about compulsive lying, but the rest of the sentence is 100% from the news story in the news.)

As an example, the study established conclusively that up to 45 percent of borrowers who received some undefined kind of help on their mortgages ended up in delinquent again, and this phenomena appears to be even more common when the type of loan modification received by the borrower was of the “payment increase” variety.

Conversely, about 30 percent of delinquent borrowers are able to fix their problems without help from their lenders, through such means as foreclosure, short sale, deed in lieu, and suicide. (Okay, I added the last part about how they “fix” the problems themselves. I think it’s accurate, but I added it nonetheless.)

As Mr. Willen phrased it: “A lot of people you give assistance to would default either way, or won’t default either way. The banks are trying to maximize profits, and at this point in time maximizing profits cannot be achieved by the banks giving some of the money owed to the bank back through the modification of loans.” (I rephrased the last part about giving money back, but the essence comes right from the news story on the study.)

Officials from The Hope Now Alliance, which is the private-sector alliance of banks, mortgage servicers and investors, were inexplicably unavailable for comment yesterday. “Maybe they were all on Jury Duty, one source said. (I added the word “inexplicably” and the part about them being all on jury duty, the rest is straight from the news.)

Similarly, officials at the U.S. Treasury chose not to comment on the Fed study, but did note in a statement that they would be continuing to lie about this issue, stating that more than 240,000 homeowners have received loan modifications this year under the president’s program. (This year? Wow. Now that’s impressive. I don’t believe it for a second, but it’s impressive that they are willing to throw a baseless number out there.) (Okay, I added the part about their willingness to continue lying, even though I feel it’s self-evident.)

And, to add insult to injury, the federal regulators said that the pace of loan modifications has been increasing steadily since last year. (I think I’ve mentioned this before, but I have had enough with sophisticated entities capable of tracking billions of bits of minute details issuing vague and meaningless statements. I think we should be allowed to hit the Treasury guys with sticks when they can’t seem to provide a specific number and instead choose to use words like steadily.)

The preceding story, in its entirety was TRUE. Except for whatever Treasury said, those people lie all the time. To avoid sobbing uncontrollably as I was writing it, I added the lines intended to poke fun, and they are shown in italic. In other words, I enhanced it here and there to emphasize the absurdity of it all, but this story is absolutely true and you can find it online easily by typing into Google something like “Boston Fed Loan Modification Study.” You’ll find that everyone has written about the study’s conclusion, from The New York Times to the Wall Street Journal, as if it was truly serious and important news. Please consider reading the straight news story, if you have any doubt about what I’m saying.

It reminds me of a study that was conducted at Princeton just a few years ago that concluded that money does, in fact, buy some happiness. I remember being in my car when I heard the results of the study. Â It made me start thinking about driving into oncoming traffic.

Yet, here we have a prominent economist co-authoring a serious study to be published by the Federal Reserve… and the media in its entirety is taking the “news” quite seriously, discussing it as if it has grave implications. And this is far from being the only example of this sort of thing that I could readily produce.

I believe what this should teach everybody in the industry is that “they” don’t know what’s going on, at least as related to loan modifications. They just do not know. I’ve been telling “them” for some time now, and they are apparently doing their own studies as well. What this report shows is that we must keep telling “them,” which is something I’m committed to doing.

Why don’t they know? I’m not sure. Maybe because people losing homes, or saving them, don’t tell other people. Regardless, I believe it’s clear that “they” do not know.

A NOTE TO MY REGULAR READERS:

I realize that I don’t normally explain my sarcasm and I don’t like having to do so. But, this particular news story, in its straight form, made it difficult for some people to tell what was added as sarcasm and what wasn’t, so please forgive me for having to explain my jokes. I don’t like having to do it any more than you like having to read it that way, but that’s how weird it’s getting out there. Â Soon, there’ll be Saturday Night Live skits that will have to put disclaimers running along the bottom of the screen so we don’t confuse them with real life.