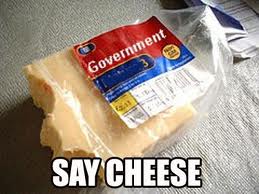 Our nation is facing a home foreclosure crisis. Four million Americans have already lost homes to foreclosure, and forecasts show another 3.6 million foreclosures through 2010. Who knows what will happen beyond that, the numbers could go even higher. Housing prices are in many parts of the country are in free fall, and no bottom is in sight. Some are saying prices will fall by an additional 20-30% before we see the market’s bottom, but no one really knows how bad it will get, or how long it will last.

Our banking system is on anything but solid ground. Our credit markets are seriously impaired, to say the very least. Unemployment is steadily rising. The deficit will near two trillion dollars this year. Our national debt is astronomical and increasing. We are spending taxpayer dollars hundreds of billions at a whack.

Everyone agrees that until we manage to stem the number of foreclosures and stabilize the housing market, economic recovery is not possible. President Obama announced a plan to rescue homeowners at risk of foreclosure at a cost of $300 billion. The plan, however, is limited in scope. It will only help those who qualify, and among other things, that means only those with loans securitized by Fannie Mae and Freddie Mac, and only those with homes no more than 5% underwater. That means if your balance is $200,000… you can’t owe more than $210,000… or you’re out.

The Foreclosure Crisis Will Not Stop By Itself

President Obama’s plan, for which banks are scheduled to receive contracts in April, will help some, but not nearly enough. The problem is simply too big for any single solution to have a shot. There is another option. Loan modification companies could be regulated and contracted to help homeowners modify loans. There are loan modification companies all over the country that are modifying hundreds of loans every month. They’re in place, know the banks, and they work cheap, relative to any other alternative. What’s not to love?

Yet, incredibly, our government is now campaigning against private sector loan modification companies, saying that some of them have scammed homeowners by charging a fee and delivering nothing in return. President Obama, when talking about homeowners and loan modifications, has said quite publicly: “If you have to pay, walk away.”

Clearly, the problem is NOT having to “pay for a service,” the problem is paying and not receiving the service for which you’ve paid. Of course there’s a fee for having a company negotiate with your bank for a modification of your mortgage. Obama knows this. His housing rescue program, you might recall, offers to PAY banks about $4,500 over five years for modifying mortgages that qualify for his program. And I’m quite certain that the costs of implementing his plan are a long way from $0.

Already, the legitimate loan modification companies are seeing their business cut in half, as a result of the government’s campaign against a private sector solution to the foreclosure crisis. Soon many, of not all, will close their doors. More people will unnecessarily lose their homes to foreclosure. And it will be the American taxpayers that will continue to pay the bill.

Please tell your congressional representative… Tell those in the media… Take an OBJECTIVE view of loan modification companies… Because the rest is just GOVERNMENT CHEESE!