Originally posted in March 2009… reposted now because it signaled the beginning of the end. 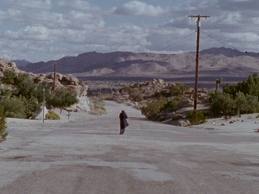 The fact is, in terms of the foreclosure crisis in this country, the government has failed us at every level and at every turn. Now they’ve apparently decided to tell the public that the companies that have formed to help distressed homeowners get their existing mortgages modified so they can keep their homes, are to be avoided. Why? Because they charge a fee for their services, that’s why.

Well, isn’t that nice. After two years watching the housing meltdown, two years seeing family after family lose their homes to foreclosure, two years of watching the Keystone Cops in congress stand around debating the rules about transporting monkeys across state lines and whether GM pays too much for retiree health plans… and the last so many months watching Washington shovel money into Wall Street banks… the private sector has finally come up with a meaningful solution for many people, one that helps people stay in their homes… and now we’re being told that we should forego that solution because there’s a fee? Oh, dear God. From insult to injury.

President Obama even said it, during his speech that introduced his version of a housing rescue program: “If you have to pay, walk away.” Excuse me… but that’s one of the most ridiculous things I’ve ever heard a president say. Don’t worry… the government is going to help me for free? Does he think we’re all six?

And, to make matters even worse, here’s what it says on the front page of the US Treasury’s Website that is dedicated to helping homeowners, well… at least the homeowners that qualify for Obama’s program, so maybe there’ll be twenty or thirty in every state. It says:

Beware of any person or organization that asks you to pay a fee in exchange for housing counseling services or modification of a delinquent loan. Do not pay – walk away!”

Now, before anyone starts getting all fired up about the loan modification companies that, according to the media, are defrauding distressed homeowners left and right, I want to be very clear that I think that those seeking to defraud homeowners in jeopardy of foreclosure are justification for keeping the prison at Guantanamo Bay open for a few more years. Ripped off a homeowner with a loan modification scam… Waterboarding for $200 Alex. Talk about a deterrent… that’s a damn deterrent.

I also understand that, largely as a result of how this whole mess unfolded, we were bound to see the unscrupulous opportunists come out of the woodwork to prey on those desperate for an answer. According to National Public Radio (NPR) on March 9, 2009:

“California seems to be the epicenter for this new industry. Jeff Davi, the director of that state’s Department of Real Estate, says officials started getting complaints about loan modifiers last summer, and now they have more than 200 open investigations.”

Is it just me? Or does that sound like an incredibly small number of investigations? The California Department of Real Estate started getting complaints last summer and nine months later there are only 200 investigations going on? And that’s supposed to seem terribly high in a state with 36 million people, and literally millions of distressed homeowners?

Look, I’m not defending that number as being just peachy either. Understand, all I’m saying is that when you take into account the chaos that has given birth to this industry, it doesn’t seem outrageous by any means. Like, if it were 2,000, maybe outrageous, but 200, not so much.

For politicians, however, even 200 investigations become a veritable onslaught if there are cameras in the picture, and considering from whence we came, I suppose it only makes sense that our elected representatives and regulatory agencies would decide to go after the only people that have actually managed to help address the plight of homeowners. What’s next? I know, let’s send the fire department out to burn down people’s homes.

The point that politicians seem to be making, along with state regulatory agencies is that if you need a loan modification, you don’t have to pay for it… you can handle it yourself, or you can call a government program and they’ll help guide you in the right direction.

I understand that I can handle my own loan modification. I also know that I can prepare my own tax return, or sell my own home, or change my own oil for that matter. There are lots of things I can do on my own instead of paying someone. It doesn’t mean that I want to, or even that I should.

Not all homeowners are comfortable negotiating their own loan modification with their lender or mortgage servicer. They’re intimated, unsure of themselves, they procrastinate, get emotional, they panic. And all too often, at the end of the day, they agree to terms they should not agree to. In something like fifty percent of cases in which loan modifications were handled by a homeowner and bank, the homeowners end up back in default less than a year. This was supported by data published by Credit Suisse and UBS earlier this year.

Effective loan modification companies, on the other hand, report much higher sustainability rates on loan modifications. One I interviewed in Irvine, California, for example, reports that over 80% of the loans they modified one year ago are still paying as agreed.

Well, I’ve spent this past month interviewing loan modification companies, law firms, borrowers that have had loans modified, borrowers that have tried to do it themselves or through government programs, and other “experts”. Here’s a 10-point summary of my conclusions:

The government has failed us at every turn, as related to the foreclosure crisis. Now, President Obama’s plan may help some… some. But, especially in states like California, the loan modification companies that are helping consumers get their loans modified are clearly part of the solution… not part of the problem. Branding them as being bad simply because they change a fee for their services strikes me as a less than well thought out response.

And just to wrap my thinking on this up with a bow… I’ll say this: I would prefer to pay a reputable private company to handle my loan modification than depend on help from a free government hot-line type of program. That’s right… if I was in jeopardy of losing my home to foreclosure, I’d much rather pay a company $3,000 to handle my loan modification than I would sit on hold with HUD, hoping the government was about to do something right for the first time in my life… how’s that for blunt truth.

I’m 47 years old and I served in the USAF. I know how the government operates. I can just imagine waiting on hold and then having some government employee or worse, some volunteer tell me that something would be arriving in the mail… yeah right. I’d wait… about 30 seconds… then I’d get my checkbook out and start writing.

President Obama… I really don’t need you to tell me to forego a proven solution by waiting for something that’s never been done, doesn’t exist today, and may or may not work. “If you have to pay, walk away.” That’s not helping anything or anyone.

Government can’t abdicate its responsibility to protect its citizens by simply telling them don’t pay for something, just because you have to pay for it.

Remember the Hope4Homeowners program Bush finally put in place? Remember his rescue bill? Bush made $300 billion available for rescuing homeowners and there was lots of fan fare… woo-frigging-hoo. I tracked it for a year or so, and as of last October, the program had helped a staggering number of homeowners; 79, and that’s according to the Bush fan club at Fox News.

If you can’t figure out how to properly regulate the loan modification industry, then put someone with a brain on it, okay? There are many experts out there, I’ve managed to speak with dozens of them and I’m not the President of the United States. I know you’re just inheriting this mess, but I for one have lost my patience with inept government responses to a crisis that is putting families on the streets, living in tents… children are being forced to leave the safety of their rooms, God damn it.

You like to talk about long-term benefits… what do you suppose the long-term impact on our nation will be as a result of the millions of children that have had to endure the unimaginable horror of being forced to leave their homes?

Clearly, we can spend weeks outraged over $160 million in AIG bonuses. Congress was apparently so outraged it passed legislation, albeit unconstitutional legislation, in 24 hours. Amazing… so things CAN be done quickly over there, and rules can be broken… even constitutional rules… huh? Who’d of thought? Go figure. I wonder what we citizens should learn from watching that. Hmm… interesting.

Do something to stop this… Do it now… Do it smart. Do it very soon… Or, no matter what you say… I’ll turn away.