Home  »  The 55¢ Campaign and Why YOU Should Support It NOW, before Election Day

The 55¢ Campaign and Why YOU Should Support It NOW, before Election Day 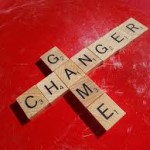 (NOTE: This is NOT a partisan biased article.  Both sides should read it.)

There’s been some controversy surrounding The United States Post Office lately.  You’ve heard about it, right?  I think President Trump started it on August 12th, by throwing doubt on the accuracy and validity of mail-in voting, which is expected to be used in greater number than ever before obviously due to concerns about Covid-19.

Trump then said that he would not approve any emergency funding for the Postal Service, which led to Democrats accusing the president of trying to steal the election.  It didn’t help that the guy who’s running the Post Office, Louis DeJoy, was a major donor to the Trump campaign.

In a nutshell, the Post Office needs money and the question is, will they be able to handle an unprecedented increase in the use of mail-in ballots.  DeJoy, by the way, says it will.  He says the agency has “ample capacity,” but other officials say that’s not the case and some of the cost-cutting that DeJoy has done fuels that fire.

I have no idea who’s right.  I don’t even have a real opinion on the matter.  Maybe everything will go just fine.  Maybe the Post Office will get overwhelmed and ballots won’t get delivered as they normally would.  I don’t know.

Here’s what I do know.  Both sides of the political divide should be concerned.  Both sides want their votes to be counted.  It seems to me that if that doesn’t happen, we all lose.

My cousin, David Andelman, who is currently with CNN and USA Today, came up with an answer.  He calls it “The 55-Cent Campaign,” and he officially launched it on CNN last month.  I think it’s fairly brilliant, so I want to do whatever I can to spread the idea throughout the land. 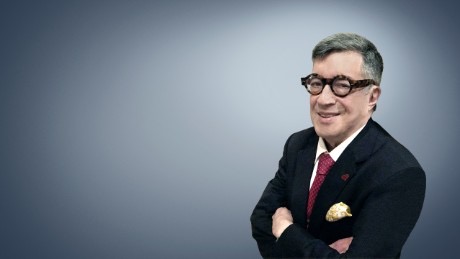 Here’s the why and how of David’s “55¢ Campaign,” as he described it on CNN.com in August titled: “It’ll cost you 55 cents to protect your vote this November.”

Here’s how my cousin David put it…

“Every voter should put a 55-cent stamp on his or her return envelope, no matter if it is already pre-printed with bulk postage by their election board. Political organizations, political action committees (PACs) and community groups should buy 55 cent stamps to distribute for mail-in-ballot return. A 55-cent stamp automatically overrides other lesser postage on the envelope and forces it to go first class — hopefully arriving in plenty of time to be counted.” 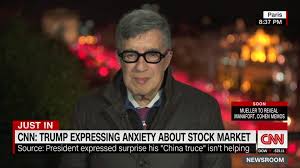 David points out that Mike Bloomberg has spent enough on his own failed campaign to pay for SIX 55 cent stamps for every single American, children included.  He wants to see some of the deep pockets step in to help make sure that this election goes as smoothly as it can.

“So, I’ve thrown down the gauntlet. Let’s all pitch in now to help our postal service do the right thing.” 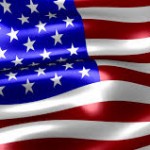 Like I said at the beginning of this post, I don’t think this is about one side or the other.  In this very important election year… important to both sides, by the way… we should all want to do everything we can to make sure it’s handled correctly and transparently… and that ALL legal votes are counted.

Can you imagine the outrage, to say nothing of the litigation that would erupt and be filed if thousands of ballots couldn’t be counted by the deadline because the Post Office failed to deliver them in time?  I don’t care which side benefitted from that happening… it would be a giant mess and an awful thing for this country.

We are the model for the whole world as far as free and fair elections are concerned.  We should all care deeply that it remain so.

Okay, so that’s it… The 55¢ Campaign, by David Andelman.  Will you support it?  Will you not only put your own first-class stamp on your mailed in ballot, but also tell your friends and family to do so?  Will you share this post so that others can do everything they can to make sure their vote gets counted?

I can only hope and pray that you will.

P.S. If you want to follow my cousin, David Andelman, on CNN… and I highly recommend doing so… here’s a link to his page on CNN.com.  Also, David has a new book coming out in early January, published by Simon and Schuster and titled: “A Red Line in the Sand – Diplomacy, Strategy and the History of Wars That Could Still Happen.”

The jacket copy describes the book: “A longtime columnist for CNN and veteran correspondent for The New York Times and CBS News astutely combines history and global politics to help us better understand the exploding number of military, political, and diplomatic crises around the globe.”

I can’t wait to read it…