Home  »  ANOTHER THUMPIN’. And, damn if he doesn’t have me hoping for change again.

ANOTHER THUMPIN’. And, damn if he doesn’t have me hoping for change again.

Anyone watching President Obama’s post-midterm press conference yesterday, which I suppose was held in order to show the country that he wasn’t spending the day walking aimlessly around the White House kicking the family dog and yelling at the staff, saw a very different Barack Obama than the one we all remember immediately following the candidate’s spectacular victory just two years ago.

Of course, that was back when we had unshakable faith in the Obama presidency to have at least a slightly different feel than that of the previous administration… and so… well, apparently we were we wrong about that.  But, what really bothered me about Obama’s countenance on Tueesday was that watching him closely at this vulnerable moment, I came to understand a few things about the man, and I didn’t like learning any of them.

One… He actually doesn’t get it.  I mean, still doesn’t get it.  Like, he was disappointed that he and his party got their heads handed to them by this election.  Like, he really didn’t know that it was going to happen.  Me, on the other hand… well, I would have bet you both of my legs that yesterday’s outcome would be as it was, and that’s not idle talk because I’ve written about yesterday’s outcome perhaps fifty times over the past year.

But, our president said he was sad, and I believe that he was.  He also said he felt badly, but I didn’t believe a word.  It was a bummer that it had happened, but clearly in his mind it should not have.  He blamed G. W. Bush.  He blamed Fox News.  He blamed the people of this country for being either too stupid or perhaps too easily taken in.  And most of all, he blamed the economy.

Wasn’t our nation’s collapsing economy one of the big turning points back in the Fall of 2008, when momentum solidified behind candidate Obama?  Now, after he has blown his popularity and trust over the last two years like no U.S. president has ever blown it, now it’s the economy stupid?

We’re upset with you and yours because besides the power shoveling of cash into bank vaults, not only have you done nothing to help the situation, but you’ve done an inconceivable amount to make things worse.  And, even beyond that dismal assessment, you clearly don’t give a rat’s ass about “We the People,” unless by “people” you mean “Wall Street’s bankers”.

What is up with that, Mr. President?  I used to deride those who accused you of elitism, but now I think they were at least somewhat right, but for the life of me, I can’t see what you have to be elitist about.

Also at the post-election-pity-press-conference, President Obama responded to a reporter’s gentle query by saying that it had been a learning experience.  But damn it, Sir… we didn’t hire you to go to school… we need someone in your job right now that’s fully trained.  Hillary once said that you weren’t ready, and yesterday’s press conference was certainly supportive of that idea.

Barack Obama went from being more popular than Santa Claus to being only a notch or two above that governing nutcase from Iran who’s always blathering on about how he’s going to blow up the world with nukes, while wearing a Members Only jacket.  And Obama managed to fall on that scale IN UNDER 24 MONTHS,  and while the country suffered the worst economic crisis in 70 years.

It’s worth considering, for example, that in the extreme crisis of the last two years, we might have dutifully followed a president if he would have just read us a bedtime story about a rabbit and a mule a couple of times a year.  The bar of our loyalty simply wasn’t that high.  I mean, even Dubya stayed popular for a couple of years after 9-11. 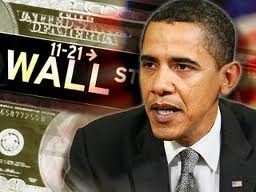 But Mr. Obama… not so much.  He not only failed to pretend that he gave a crap about the working class American people, but he made it damn clear that he did not.

Look, I’m sorry to have to say this, it’s something I should have said while the health care debate was inanely raging on, but… spending time debating health care reform last year, in order to pass a bill that does nothing but increase costs by 2018, was the equivalent of sending the FDNY to pick up trash in Central Park on the afternoon of 9-11.  Yes, littering is bad, and we do need to keep our parks clean, but today?  No, today the World Trade Centers have collapsed… I think we can reinforce that “Give a Hoot, Don’t Pollute” message of Woodsy the Owl some other time, what do you say, Mr. President?

Of course, President Obama says that health care was his priority, but you see… that’s part of the problem here.

43 million are on food stamps, sir! That’s 43 million Americans eating based on the rate of 83¢ per meal, per day.  In 2005, there were only 11 million on food stamps.  Doesn’t that seem problematic to you, or anyone else in your administration?  Why are Democrats not screaming on television every night about this?

You’re “serving” as President of the United States, Mr. President.  You don’t get to do whatever you want, whenever you want to do it.  Yoohoo… Mr. President… it’s us… the American people and we’d like you to rearrange your precious calendar so you can focus on saving our family’s collective futures, and there’s really no time to spare in this regard.

Or, to be more direct… I don’t care what you wanted to do today, get your ass over to responding to the citizens of this country, and if you didn’t want to be responsive to those demands, you shouldn’t have applied for the job.

Not to put too fine a point on it, but President Obama said nothing about the foreclosure crisis or the banking crisis or the credit crisis… or any of the multitude of crises that hold our world in a near death grip that we acutely feel each morning as we rise and go to work.  In fact, according to our president, we’re doing much better economically speaking and things will soon be going swimmingly.

Nonsense, Mr. President, poppycock of the purest order, and you should know that better than anyone on the planet, which means that you were just delivering lines yesterday to make us feel better… but the thing is… you weren’t delivering lines were you?  You really believe what you said about the economy doing better, don’t you?  I saw it in your face, and it scared me to death, frankly.

I’d like to propose that we start a book sending campaign for the president immediately.  I’ll post a listing of the 100 or so books that President Obama obviously has missed, and if you’re willing to buy it for him, you can go online and check it off the list.

Seriously, should we do something like that, because I’m thinking that Houston… we have a problem.

I don’t know about you, but I liked it a whole lot better when Dick Cheney was lying to me about stuff.  I knew he wasn’t going to tell me the truth, but I knew that he knew that he had a diabolical plan to take over the world, or whatever.  At least it was diabolical and ingenious.   Barack, on the other hand, goes to bed each night, thinking that things are cool… copasetic… on track.  Seriously?  Well then… oh my God.

Okay, so enough fun with words… it’s time for me to have a little straight talk on why the Obama administration and the Democrats got “thumped” in this year’s midterms.

I hope that helps, Mr. President.  You called your first two years a “learning experience,” so there’s a few things worth learning.

The problem is that by your blowing it, we now have a deadlocked government that will be unable to pass anything this year, and next year you’ll be campaigning for reelection.  It’s almost like you’ll be running in 2012 with the accomplishments you have in your hand today.  Doesn’t look good, does it Mr. President?

So, as we sail off into the worst economic downturn since forever, with the middle class all but wiped out and the bankers getting record bonuses, we’re going to be treated to debates about leaving Bush tax cuts in place, and the repeal of the health care bill.  I do hope we can dredge up immigration, or maybe even stem cell research again… they were fun. 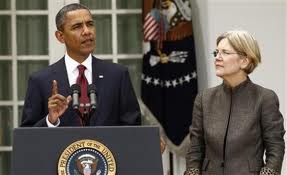 Look… Mr. President… for God’s sake come out swinging.  What do you have to lose.  Be the Barack Obama in the beginning of your campaign… you remember… back when even you didn’t think you had a snowball’s chance in hell to win.  Fire Geithner.  Nationalize a few banks.  Put Liz Warren in your number 2 slot.  Then, stop foreclosures with a “2% interest only for 5 years” type solution.  It won’t permanently fix the problem, but it will provide a temporary solution, which could give you time to work with Liz to regroup. 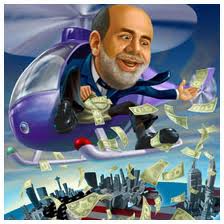 Oh, and one more thing… have the White House medical team swing by and give Ben Bernanke a sedative, would you mind?  You won’t believe what he’s doing over there… he’s printing money to give to Treasury in exchange for long bonds… as a country we’re buying our own debt.  China’s already pissed, and the bankers are licking their chops waiting for even bigger bonuses.

“As long as the world exercises no restraint in issuing global currencies such as the dollar – and this is not easy – the occurrence of another crisis is inevitable.”

Mr. President… I’m getting really scared… please do something… not for me… I have a daughter… have I mentioned her before?  She doesn’t deserve this, sir.